WANDAVISION Is Our Best Live-Action DARK PHOENIX Yet - Nerdist

WANDAVISION Is Our Best Live-Action DARK PHOENIX Yet

WandaVision is blowing all of our minds, and is easily the strangest the MCU has ever gotten in 12 years. But it’s also proving something that many Marvel fans have long suspected. X-Men’s comic book classic The Dark Phoenix Saga is far better played out over long form storytelling than in a single film.

“But wait!” you are probably saying right now. “Isn’t WandaVision based on Marvel Comics’ House of M?” Well yes, it is. At least in part. But we believe it owes just as much, if not more, to The Dark Phoenix Saga. And it’s proving why that Marvel mutant classic should only be adapted in an extended, serialized manner—never as a single film. 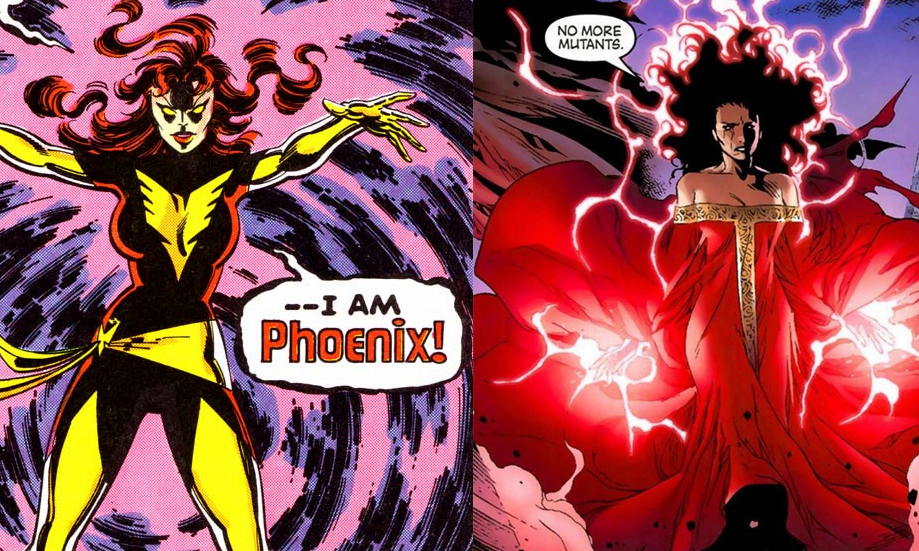 The Dark Phoenix Saga is the seminal story that catapulted the X-Men to Marvel’s #1 seller for decades. It told the story of how the telepathic and telekinetic Jean Grey, wielding the cosmic powers of the Phoenix, lost mental control of her power and nearly destroyed the world. It ended with Jean’s shocking death, a blow that left the team reeling for years.

Ever since X-Men hit theaters in 2000, fans actively hoped to see The Dark Phoenix Saga adapted. There were two attempts—first in 2006’s X-Men: The Last Stand, and later in 2019’s Dark Phoenix, both of which left fans and critics cold. Meanwhile, the MCU is attempting a very similar story with Wanda Maximoff in WandaVision, and folks are eating it up. So what’s the difference? Why does one work and not the other?

The original comic book saga of Jean Grey was played out over many years. A span of four years covered her big power upgrade from Marvel Girl to Phoenix between Uncanny X-Men #101 and Uncanny X-Men #137. Readers slowly saw Jean deal with power levels she didn’t fully understand until she ultimately lost control of them, much to the universe’s peril. 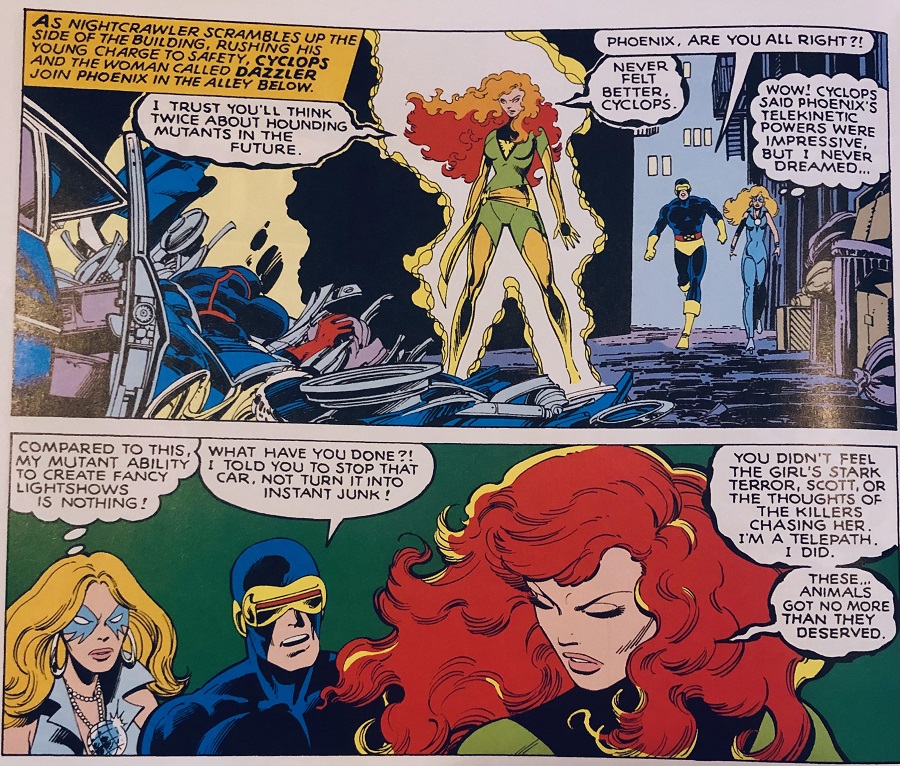 The X-Men movies never bothered with this slow build-up. Partially because they simply didn’t have the time; Jean’s character introduction comes in X-Men, but we don’t really see her struggle with her powers until X2. Even then, it’s mostly just hinted at until that film’s climax. When she goes full Dark Phoenix in the third film, it’s all very out of left field. Additionally, both movies suggest Jean only lost control because her powers are inhibited by Charles Xavier when she is still young. But that always rings as a somewhat hollow reason.

The only non-comics media that told this story well was the ’90s X-Men: The Animated Series. The cartoon tells a far more truncated version of the story with a five-part arc simply titled “The Phoenix Saga.” Viewers witness Jean’s original full-powered heroic self before she begins to lose control of said powers. It didn’t play out for years as in the comics—just months. But for a Saturday morning cartoon back then, it certainly was ambitious,  and more satisfying than the later live-action versions. 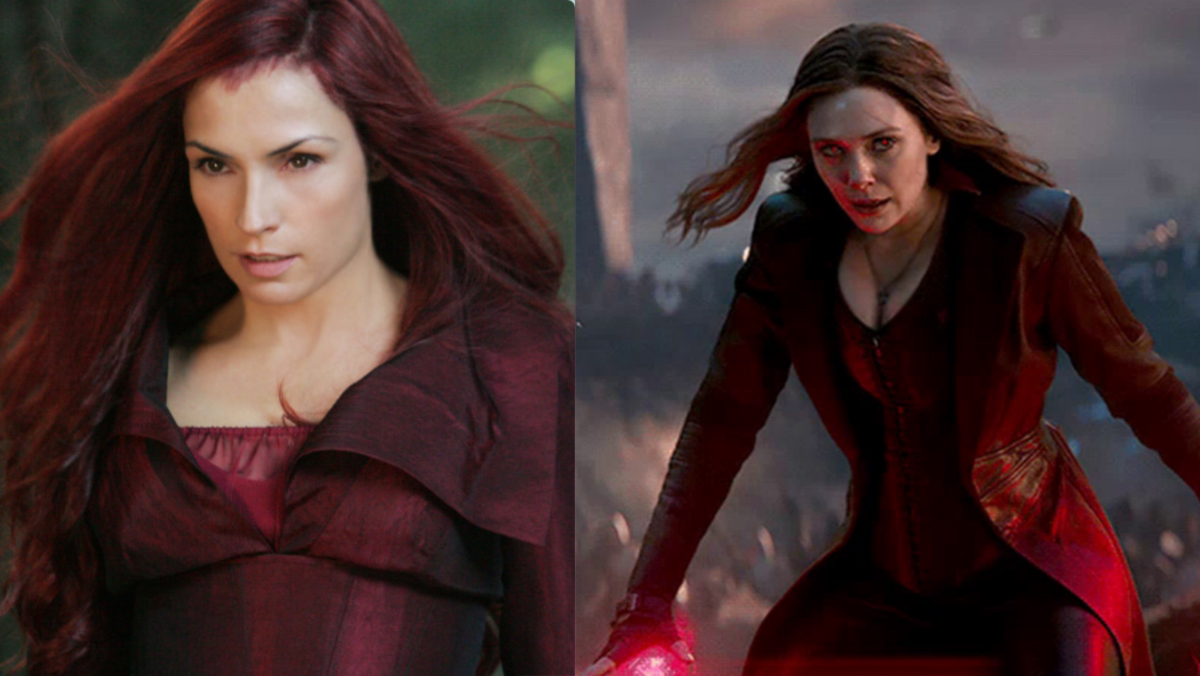 But things feel different with Wanda than they ever did with Jean on-screen. Given all the trauma Wanda has incurred over the previous five films in the MCU, it totally makes sense how she might lose control of them now. Neither Fox X-Men films did the heavy lifting to make a Dark Phoenix plausible. Meanwhile, Kevin Feige has been slowly doing all the character work on Wanda to make this all feel earned.

WandaVision simply doesn’t work the same without the years of build-up in the MCU. We saw Wanda and her brother Pietro as lab rats in Captain America: The Winter Soldier, then as novice villains/heroes in Age of Ultron. Wanda’s powers grew over the course of the next two movies, to the point where she nearly handed Thanos his butt in Avengers: Endgame. This slow and steady progression makes us care about Wanda as a tragic figure and fear her power, in a way the X-Men films never could with Jean. They simply didn’t have the time to do it.

Of course, WandaVision isn’t over yet. We may yet learn that there is another big bad pulling all the strings. But even if that’s the case, it’s pretty clear that Wanda’s powers (and her collective trauma) is fueling everything. Jean Grey is also manipulated into becoming Dark Phoenix in the comics by the Hellfire Club, but it’s her powers that did all the damage. We’ve got a hunch this will play out similarly on WandaVision. 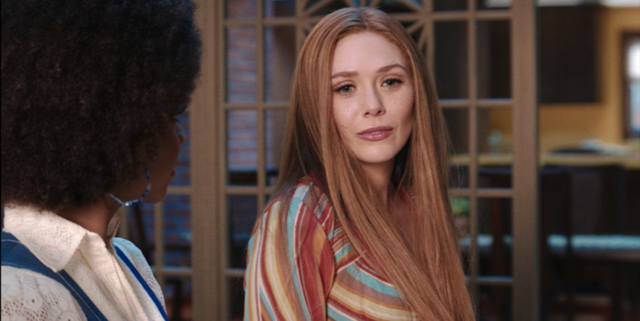 Obviously, the House of M storyline from the comics centered on Wanda, and it’s a big influence here too. But despite Wanda’s powers being the center of that 2005 comic book event, that storyline wasn’t actually about Scarlet Witch—certainly not in the way The Dark Phoenix Saga truly centered on Jean Grey. It was much more about the Marvel Universe at large. It ultimately feels like writer Chris Claremont’s story had more of an influence over Wanda’s MCU storyline.

One can’t help but think this was always Marvel Studios’ plan. Wanda’s powers in the MCU initially are not like her powers in the comics; telepathy and telekinesis are traditional powers for Jean Grey, not the Scarlet Witch. We’d wager that no matter how WandaVision plays out, it renders yet another live-action adaptation of Dark Phoenix in the MCU moot. Because WandaVision is already the ultimate on screen version of that legendary X-Men story. Even if they had to do so stealthily.