Have you ever wanted to explore the ins and outs of Walt Disney Imagineering? Called WDI for short, Imagineering is the place where Disney cast members imagine and engineer ideas for Disney parks and resorts. And while we can’t go to Disney theme parks at the moment, Disney’s delivering a series showing a rare behind the scenes look at Imagineering. The first installment took us through Imagineering headquarters. The latest video explores a particularly cool part of WDI: The DISH.

Imagineers use the Digital Immersive Showroom to previsualize Disney experiences. They use the virtual system to take a stroll “through” the park. They can see and experience designs up close before they start construction. Imagineers can even use the dish to see how a ride will unfold. Take a look:

Does this remind anyone else of Star Trek‘s Holodeck?

Since all Disney theme parks are currently shut down due to COVID-19, Disney has released this new  “Journey into Imagineering” series. Its intent is to show you how Disney creates theme park magic. We’re three episodes in so far, and while they’re all interesting, this DISH-focused one is so rad. 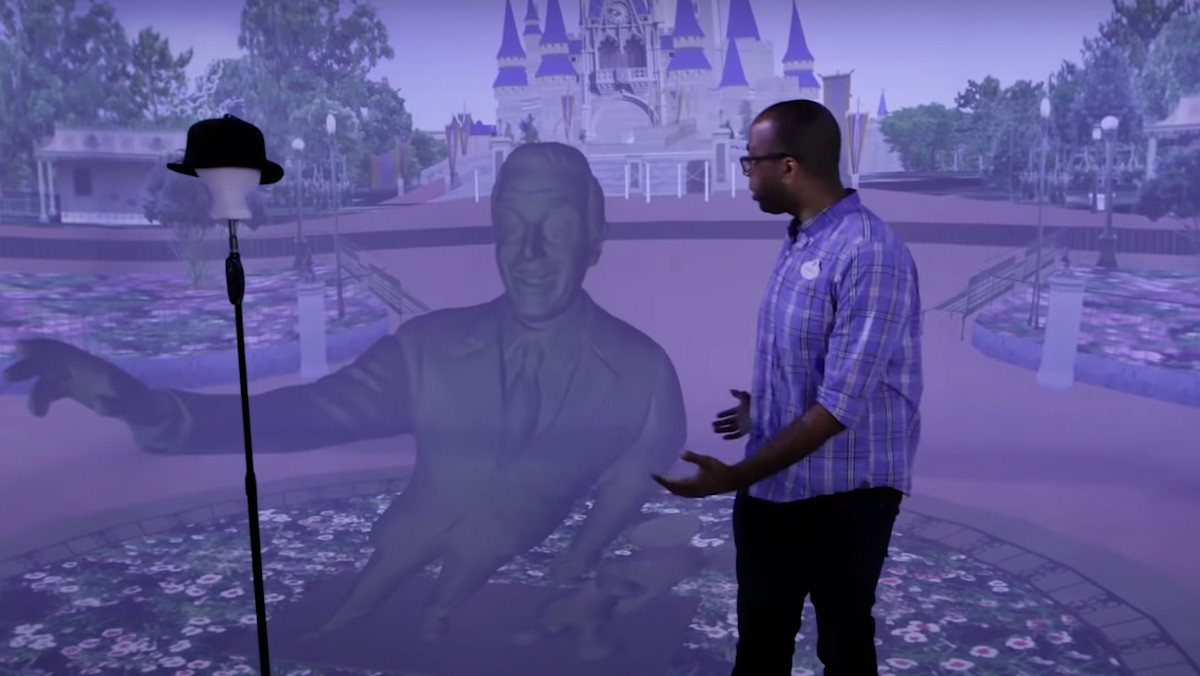 Garrett Clark leads the video, taking us through the DISH step by step. He illustrates the DISH’s abilities by “visiting” Magic Kingdom in Florida and then Disney California Adventures’ Radiator Springs Racers. Whoever puts the hat on can get a first person overview of a land, a ride, whatever. It’s an inside look at how Imagineers use advanced technology to peer into a 3D future. They can use the DISH to identify issues, and then they go back to the drawing board and make the necessary tweaks.

If you already want more, check out Disney’s Magic Moment site for more videos to help you enjoy Disney at home. You can even make Disney’s beloved churros or the parks’ iconic Dole Whip.