Police in Louisiana Use THE PURGE Siren for COVID-19 Curfew

Although there is still plenty of reason to be optimistic about the future, there are times when reality seems to be inching ever closer to becoming a full-blown, amoral nightmare straight out of a dark and bloody blockbuster. Residents in Crowley, Louisiana experienced one of those times recently. The city’s police department used the siren sound from The Purge to help enforce a COVID-19 curfew. Oh dear.

IndieWire picked up on the story, which went viral after Crowley citizens began complaining about the sirens online. Pat Hundley, presumably a resident in Crowley (although that’s not certain), posted a video of the event to twitter. In the clip, we hear the immensely ominous siren emanating from a police cruiser off in the distance.

The video below, made public by KATC in Acadiana, is just as creepy, and has earned nearly 600,000 views on YouTube as of this writing. And while nothing in the video highlights the fact that these sirens are apparently taken straight out of The Purge, the comments section is swamped with people noting the similarity. Once you hear it, you can’t unhear it.

Despite the fact that The Purge siren is apparently quite distinguishable, the Crowley Police Department says that it was not aware of the association; it will also not be using the particular siren moving forward. The curfew requires city residents to be off the streets from the hours of 9:00 PM to 6:00 AM; even with a different siren, the police will strictly enforced. 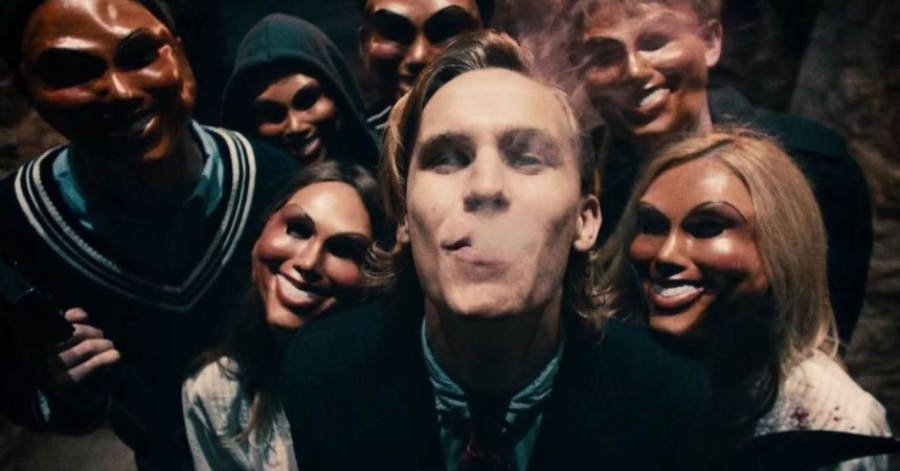 A still from The Purge. Universal Pictures

“Acadia Parish received the worse [sic] rating for the rapid spread of the virus,” a Crowley Police Department statement says (via KATC). It added that “[The curfew] has been put into place in order try and slow the spread. There is nothing anyone needs to be on the roads besides emergency situations. If you don’t want to comply with the orders of the Sheriff and the Chiefs, you will [be] dealt with accordingly.”

For those unfamiliar, The Purge was a 2013 horror film and box office smash hit. It postulated an America which adopts an annual “Purge,” or night during which all crime, including murder, is legal. Everything. The film spawned The Purge film franchise, a television series, and, most likely, some of our forthcoming nightmares over the next few days.

A scene from the 2013 film, in which the ominous siren announces the annual Purge.

What do you think about the Crowley Police Department inadvertently using the siren sound from The Purge? How freaked out would you be on a scale from one to get-into-the-panic-room if you heard these sirens in your ‘hood? Let us know your thoughts in the comments!