The late sixties were a pretty wild time. The America of 1969 was a totally different place culturally than it was in 1960. (Watch Mad Men if you want to see that transition dramatized brilliantly). The counter-culture youth were making songs and movies featuring references to psychedelic drugs and free love. And most of it went completely over the previous generation’s heads.

Because of this generation gap, all kinds of psychedelic imagery made it into pop culture. Even things like commercials aimed at little kids. Thanks to YouTube channel The Rusty Belt (via Laughing Squid), we’ve discovered a TV ad from 1969 for McDonald’s. One which was an early example of their McDonaldland ad campaign. And it is trippy, man. From the fast-food forest to guitar riffs that sound like The Byrds, this ad is more peak 1969 than Once Upon a Time in Hollywood. You can watch the full vintage commercial right here.

This old-school ad shows Ronald McDonald taking the hand of two little kids, and leads them into the magical realm of McDonaldland. In the commercial’s brief run time, they encounter apple pie trees, thick shake volcanoes, free-range French fries, and a laughing hamburger patch. Yes, a hamburger patch. That was seemingly alive. (No living McDonald’s ice cream, sadly). And for good measure, throw in Mayor McCheese and the Big Cheese, and you almost feel like you’re at Woodstock groovin’ out. 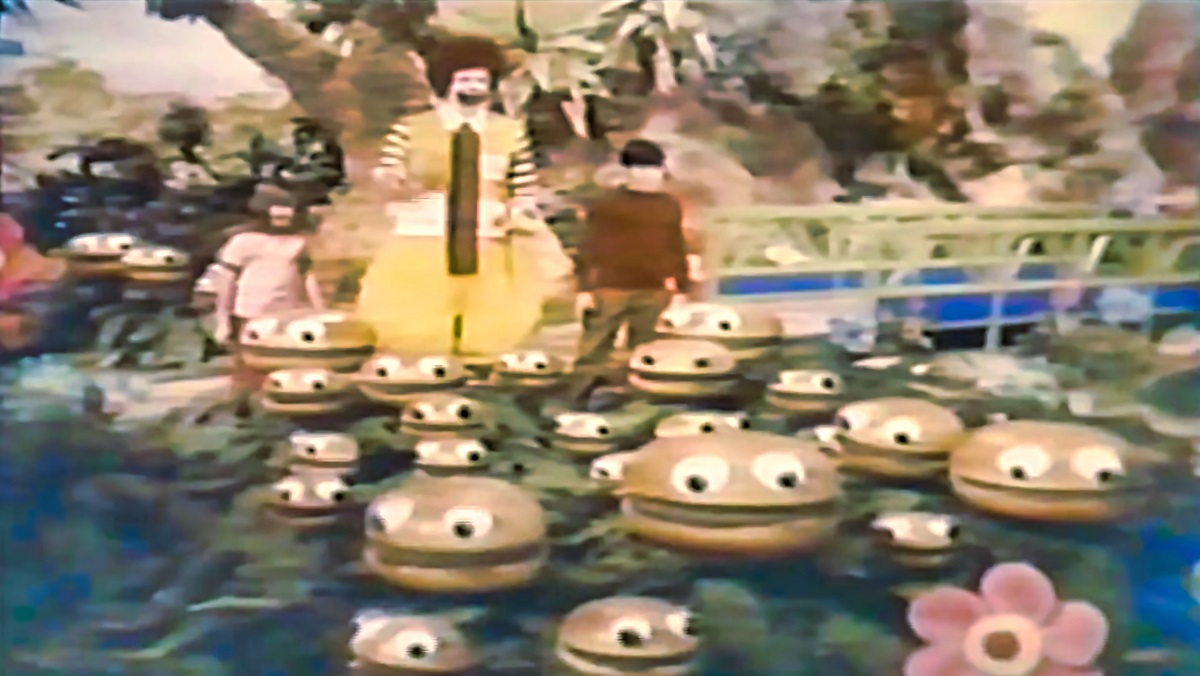 The early McDonaldland ad campaign was very of its time. Clearly, younger directors pitched ideas that had references that their (presumably older) employers just didn’t get. Interestingly, all those McDonaldland characters had a whole lot in common with the popular Saturday morning series H.R. Pufnstuf. You can check out the history of the ties between those two properties right here, in a video essay from Yesterworld Entertainment. One thing’s for sure. After watching all these videos, you’ll probably crave some warm french fries.