McDonald’s characters are in a league of their own. They occupy a surreal fantasy world known as McDonaldland, used in the marketing for the fast food chain. It’s as in-depth and imaginative as any fictional realm. And it exists to sell us hamburgers and nuggets! We have to applaud the creativity that went into the creation of McDonaldland. Even if we’re a little terrified of some of its inhabitants. (I nurse a lifelong fear of Grimace, for instance.)

There’s so much nostalgia embedded in McDonald’s commercials. Which is why I’m thrilled I stumbled on the social media accounts Filming in McDonaldland. The Facebook and Instagram pages—which I learned about thanks to Boing Boing—feature awesome behind-the-scenes photos from these vintage ads. They’re compiled by a former art director at two ad agencies in Chicago: Needham, Harper & Steers and The Leo Burnett Company. The director spent 22 years creating McDonaldland and Happy Meal commercials.

The photos shared on the accounts range from adorable to a little bit frightening.

The photos remind us of long-forgotten McDonald’s characters like Uncle O’ Grimacey, seen in the vintage commercial below. It also offers behind-the-scenes anecdotes from the filming of these commercials. You can learn what went into the development of ads that featured Ronald McDonald, the Hamburglar, the Professor, Mayor McCheese, and more.

I always love a behind-the-scenes deep dive, so I really appreciate these accounts. They preserve a special bit of American history. And they offer insight about the McDonald’s I grew up loving (and fearing). It’s a slice of nostalgia that feels especially endearing in this moment. 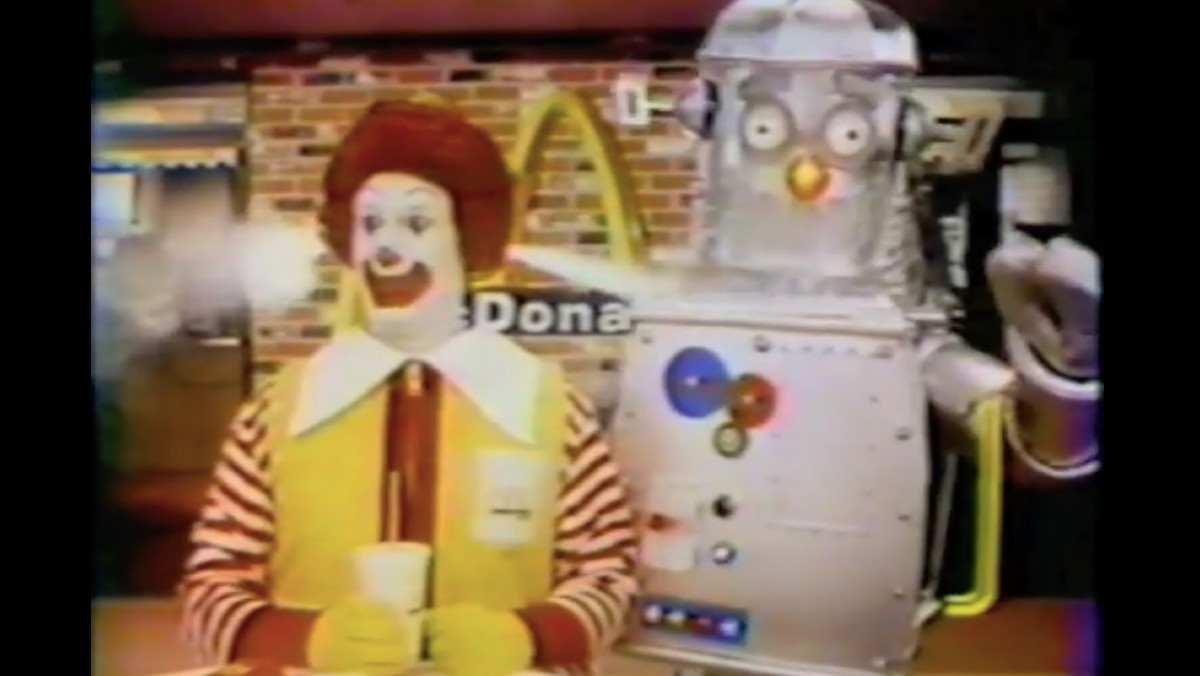 You can see even more photos at the Filming in McDonaldland Facebook and Instagram pages. Take a stroll through McDonald’s history, learn some facts, and relive your childhood all at once. And if you’re anything like me, this will send you down a YouTube commercial hole for the next few hours as well.