Stan Lee, along with Marvel artistic collaborators like Jack Kirby and Steve Ditko, changed comic books forever in the 1960s. Almost every single heroic co-creation of Lee’s from 1961-1971, when he was Marvel’s editor in chief, are household names today. No small feat. Yet, there is actually very little footage of Stan Lee from the era that made Marvel great.

Now, thanks to SMUJones Video Collection (via Boing Boing), one of the earliest Stan Lee on-camera appearances has resurfaced. And it’s amazing how different 1966 Stan Lee looked from how we all think of him today. Also amazing is how prescient he was about Marvel’s potential in other media. You can watch the two-part video in full right here:

The videos are seemingly an introduction to the Marvel Super Heroes animated series from 1966. Now, we use the term “animated” loosely here. This very first Marvel foray into television was just panels from the comics, crudely animated to move. What they lacked in movement, though, they made up for in groovy theme songs. Especially Iron Man’s catchy tune. Thor’s is pretty far out too.

In the videos, Lee asks, “Can the enthusiasm for these comic magazines be successfully transferred to another medium, such as television? We most definitely feel like it can.” Given the dominance of Marvel-based movies and TV over the past two decades, we’d say that the enthusiasm was very successfully transferred to other media. Luckily, Stan lived to see it all come to pass. And also be a part of it.

1961 is when Marvel Comics as we know it today really begins. It’s mind-boggling to think that as early as 1967 they already had three animated shows on the air. The Marvel Super Heroes, the original Spider-Man, and Hanna-Barbera’s Fantastic Four. Younger folks may be surprised by a lack of X-Men. It was another decade before Marvel’s mutants became really popular, though. The original X-Men do appear in an episode of Prince Namor, but using the names “the Allies for Peace.” The who now? 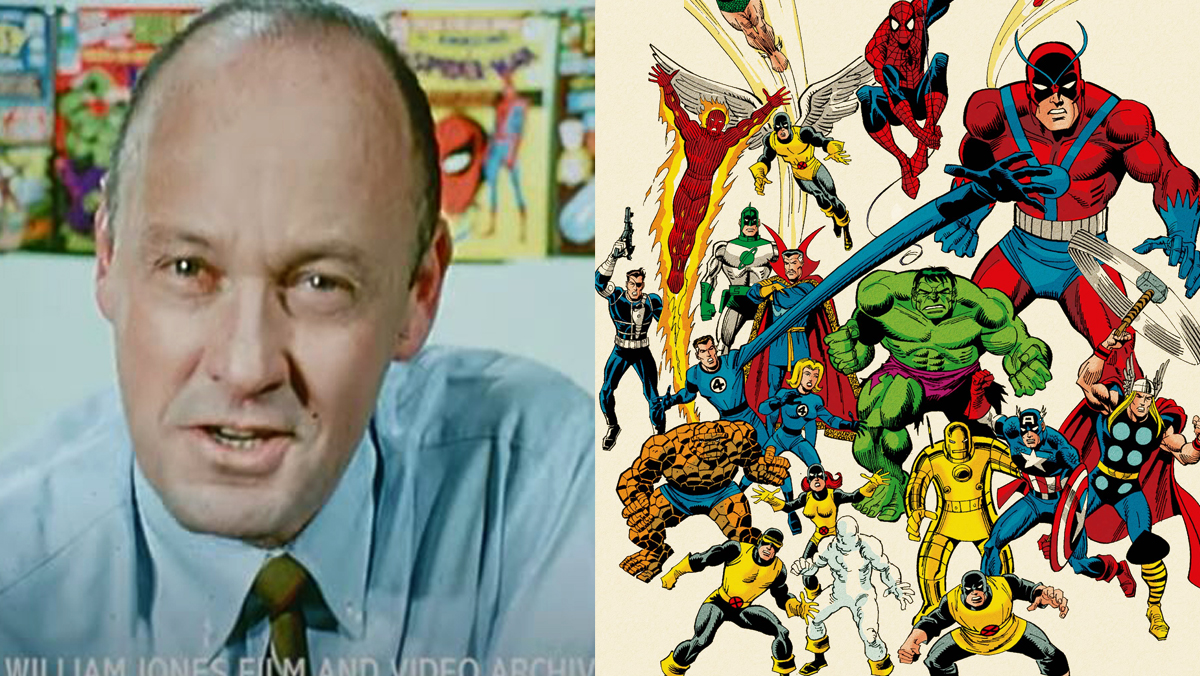 What’s really wild, though, is how quickly Stan Lee alters his appearance after Marvel’s success. Just two years later, in 1968, he appears in a round table discussion, now sporting a full head of black hair and a beard. Since Marvel was so popular to the youth of the day, I guess he figured it didn’t help to look like their dad. But by the ’70s, Stan “the Man” Lee was sporting his now-iconic look. A sunglasses-wearing cross between Hugh Hefner and Burt Reynolds’ in Boogie Nights.

All of these videos are a fun look at an era when Marvel Comics was the exciting new kid on the block, and not the cultural force it is today. They prove that Stan Lee always knew exactly what made Marvel so successful in the first place. It was always the character’s humanity and relatability that set Marvel apart from the rest. That remains true whether Stan Lee looks like an insurance salesman or a movie star.