Vin Diesel will soon return to theaters for another high flying action film in F9. But it won’t be long before he has another big fight on his hands. Diesel will star in a live-action adaptation based on Mattel’s classic Rock ‘Em Sock ‘Em Robots game. However, despite the fact the combatants of that plastic arena can’t really move all that much, there’s no reason to think the film will be called The Stationary and the Furious. 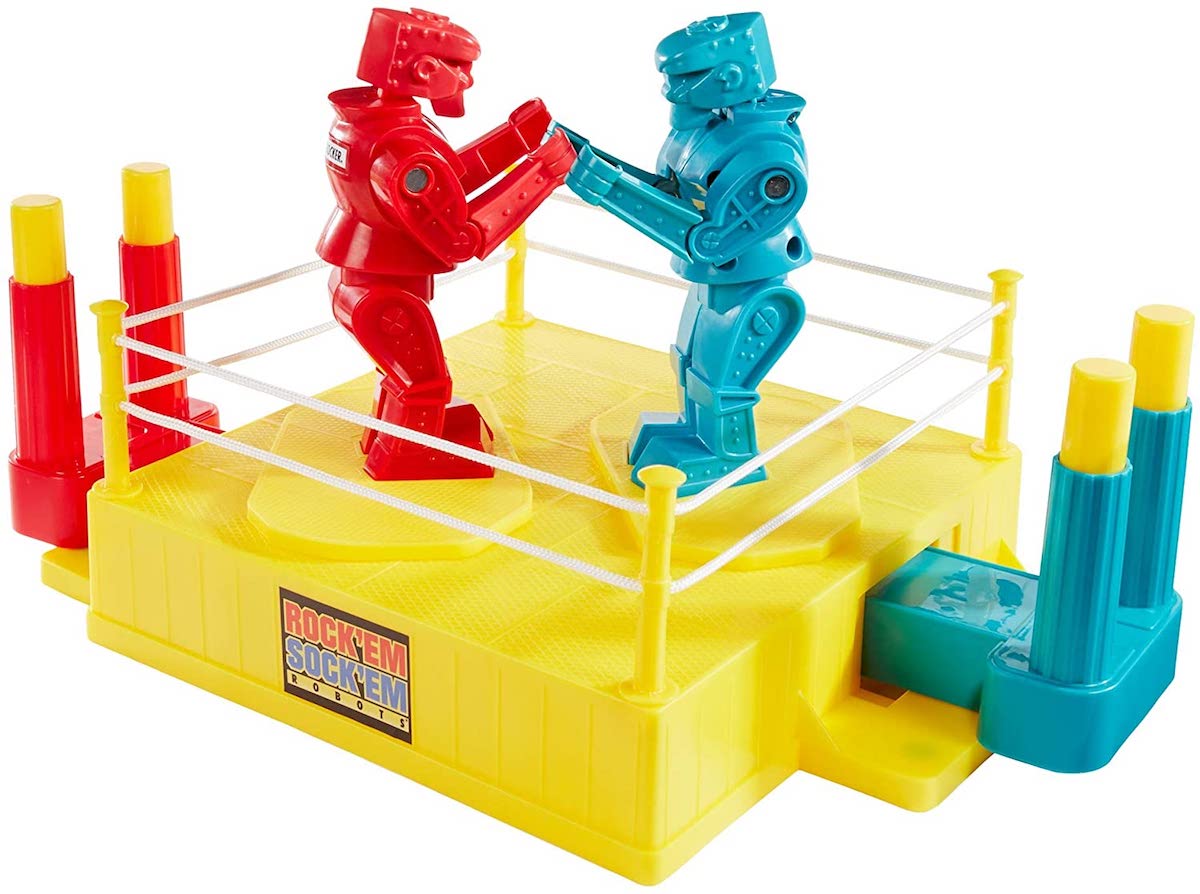 Mattel Films has announced it’s developing a movie based on the company’s iconic Rock ‘Em Sock ‘Em Robots tabletop game. (In news we first heard at Variety.) The studio will produce the film with Universal Pictures and Diesel’s One Race Film’s production company. Diesel will star in the film, though at this point it’s unknown if he’ll be playing “Red Boxer” or “Blue Boxer.” Or he might just be playing a dad. The action-adventure film will follow “a father and son who form an unlikely bond with an advanced war machine.”

Oh, okay! Great! We worried this would be too much like Hugh Jackman’s Real Steel. Remember that movie? It was a father-son story featuring giant robot combatants. It was clearly based on Mattel’s game. But maybe Mattel doesn’t realize that?

In a statement Diesel explained what appealed to him about the project. “To take the classic Rock ‘Em Sock ‘Em game, with Mattel as my partner, and align it with the kind of world building, franchise making success we have had with Universal, is truly exciting,” he said. Kevin McKeon will lead the project, with One Race Films’s Samantha Vincent (The Fast and the Furious franchise) also serving as a producer. Ryan Engle (Rampage, The Commuter) wrote the screenplay.

“We are proud to bring this iconic piece of Mattel IP to life on the big screen with our tremendously talented partners Vin Diesel, One Race Films and Universal,” said Robbie Brenner, executive producer of Mattel Films. “Our rich library of franchises continues to yield compelling stories and we look forward to creating what is sure to be a thrilling action adventure for the whole family to enjoy with Rock ‘Em Sock ‘Em Robots.”

The film is the second from Mattel Films and Universal. The studio previously announced a Wishbone movie. This is just its latest project based on a game. It’s also producing movies for American Girl, Barbie, Barney, Hot Wheels, Magic 8 Ball, Major Matt Mason, Masters of the Universe, Thomas & Friends, UNO, and View-Master.

That also sounds like a pretty fun toy room. We wouldn’t feel the need to be fast or furious if we could hang out all day playing with them. But maybe after losing a few rounds with our robot boxer we might feel differently.