Watch the US Army Band Perform THE MANDALORIAN Theme - Nerdist

Watch the US Army Band Perform THE MANDALORIAN Theme

For over 40 years, we only thought of one person when thinking of Star Wars music: John Williams. His themes formed the core of musical arrangements in the galaxy far, far away. But that all changed in 2019, when The Mandalorian hit Disney+. The Mando theme by composer Ludwig Göransson became instantly iconic. Maybe the first Star Wars theme by a composer not named John Williams to achieve that status.

Now, via Geeks are Sexy, we’ve learned that the US Army Band has performed a very faithful rendition of The Mandalorian theme, which they originally released on May the 4th (because of course). We’ll say this right off the bat: The US Army Band, called Pershing’s Own, sure knows how to work those recorders.  You can watch the full performance right here.

This performance is pretty much perfect. They even include a backdrop of a desert planet to complete the mood. But it would have been cool if the guitar player wore a proper Mandalorian helmet. Or had a Grogu hanging out. We get it, though; military protocol and all that probably doesn’t allow for it.

Speaking of military protocol, in case you’re wondering why the US Army Band is called Pershing’s Own, there is a very logical reason for this. The US Army Band was formed on January 25, 1922 by order of General John J. Pershing. And the name just stuck. Nearly a century later, the US Army continues to honor the General. 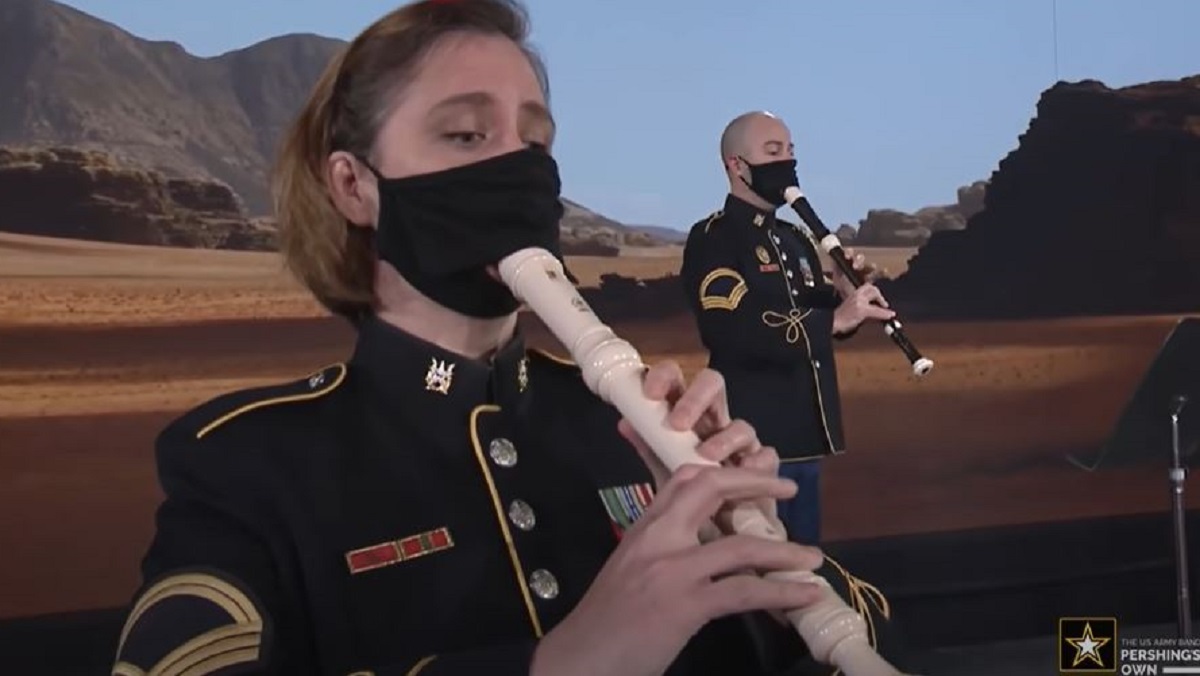 If one visits the Pershing’s Own YouTube channel, it’s mostly the kind of music you’d expect. An “America the Beautiful” here, a “Star-Spangled Banner” there. Some Christmas music. But we heartily encourage more nerdy musical material from the US Army Band. We bet they’d give us some epic renditions of music from Lord of the Rings, or maybe the Avengers theme. So we issue this challenge to you, Pershing’s Own.