Twin Peaks, Washington: A sawmill town, population 51,201, nestled in a verdant fold of land in the Cascade Mountains. It’s a quiet place (seemingly) until the morning the body of Laura Palmer is discovered in Wind River, wrapped in plastic. Her murder changes everything; it brings the shadow world of Twin Peaks to the surface, and casts side eyes on every last citizen.

Who killed Laura Palmer? It’s a question we’re still grappling with, 30 years to the day after the pilot of David Lynch and Mark Frost’s Twin Peaks first aired on ABC. The show was an immediate juggernaut, captivating audiences who had no idea they were hungry for such a beast until it was feeding them. Lynch, an Oscar-nominated film director, brought a cinematic quality to the small screen never before seen. Twin Peaks felt like a film, had a cast full of movie stars and novices, which blended its Hollywood shine with an authenticity.

Two of the actors there from the beginning: Dana Ashbrook as Bobby Briggs—the rebellious and emotional boyfriend of Laura Palmer at the time of her death, and the first suspect in her murder—and Michael Horse as Tommy “Hawk” Hill, Deputy Chief of the Twin Peaks Sheriff’s Department and one of the officers tasked with investigating Laura’s death. Ahead of the show’s 30th anniversary, Nerdist spoke with both Ashbrook and Horse about that iconic pilot, the show’s evolution—from network series to the prequel film Fire Walk with Me and, most recently, to Showtime’s Twin Peaks: The Return—and what it’s like working with Lynch and the rest of the cast, whom they’ve both known and worked with for three decades. 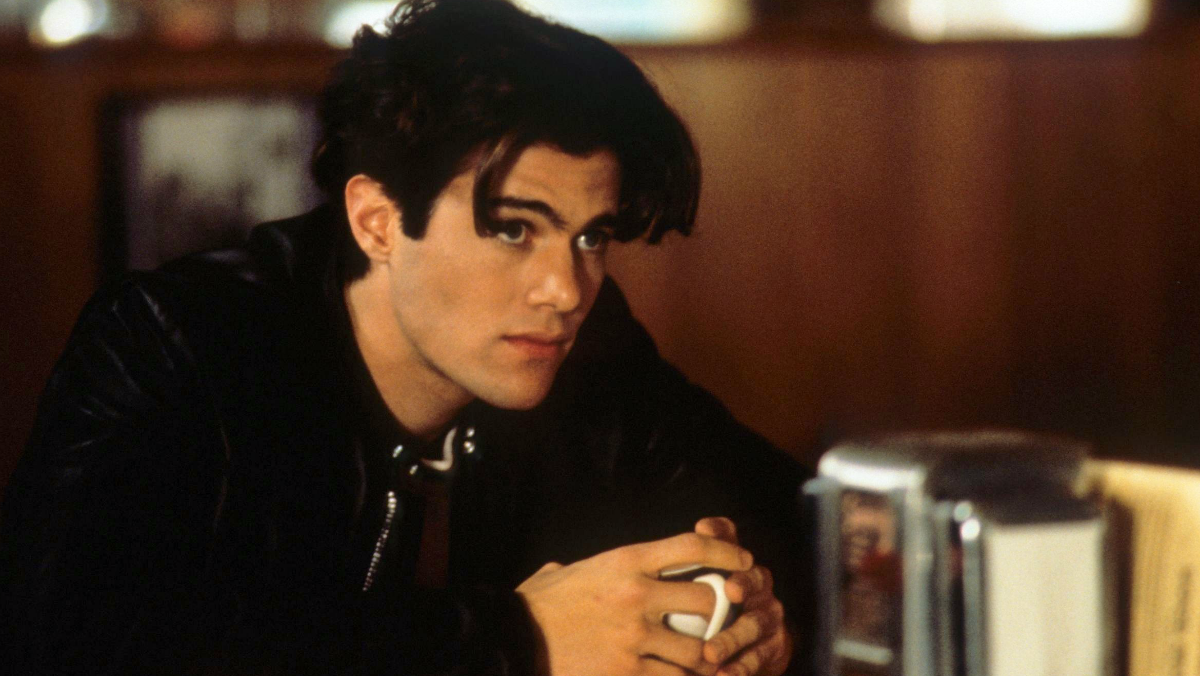 Ashbrook and Horse came to Twin Peaks in different ways. Ashbrook, who was 22 years old when the pilot aired, had already played some small roles in movies and television, but was mostly an unknown. His meeting with Lynch and Frost was thanks to the show’s casting director, Johanna Ray, whom he knew from previous auditions. “I was lucky to just get in the door,” he said.

Horse, an actor and painter of Yaqui descent, already knew Lynch through the art scene. Before Twink Peaks, Horse had appeared in Lynch’s 1988 short film The Cowboy and the Frenchman. “Even the French didn’t get it,” Horse said with a laugh. He also laughed when Lynch told him his next project was a network TV series. “Yeah, call me when that happens,” he told the director… who did indeed call.

Though the actors read the script and acted in the pilot, neither had any idea what the final product would look like. It wasn’t until the episode screened at the DGA that Ashbrook realized they had something special.

“That was my first experience where I was in something where people were actually coming up and saying, ‘Oh my god, we loved the show,'” he said. “I’d never been involved with anything that people liked.”

Horse said, “I knew we were doing something special at the time, but 30 years later, to realize the impact we made on television and film…I mean, everything that’s good on TV has Twin Peaks‘ DNA all over it, and they don’t even try to hide it. There’s all kinds of nods to what David did.” 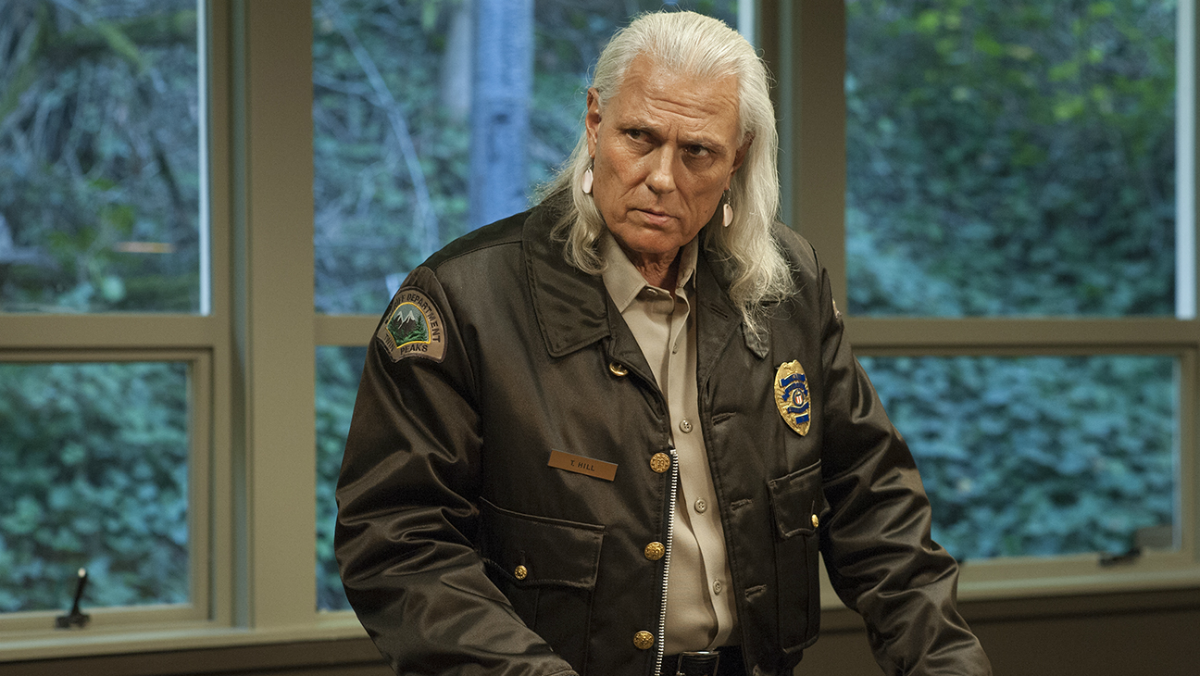 To many, especially cinephiles, the name “David Lynch” carries an enormous amount of prestige. The artist and director was already known for his films like Eraserhead and Blue Velvet before Twin Peaks ever made it to television. With the show’s pilot alone, Lynch changed the way television functions and is talked about, and created a world that’s ever growing through different prisms of media, and in its ardent fandom. Three decades on, new people discover the show every year.

So what’s it like to work with such a genius? For Michael Horse, Lynch is so many things, but there’s one thing that stands out most of all.

“David doesn’t do anything just to be out there,” he explained. “David has a purpose with all he does. People use the word ‘genius,’ but David’s a true artist. Everybody does things they like to get paid, but David does it because it’s in his soul.”

“That’s one thing that I don’t think people really realize: How funny he really is,” Ashbrook said. “He loves a good laugh and he’s awesome to hang out with.”

“He’s so sweet and so kind,” Horse said. “He’s not a dark person. He loves women, and he’s kind to his actors.”

Both also noted that there’s a reason Lynch works with the same people over and over again: because he genuinely likes them as people and friends, and knows he can get the best work out of them.

“On the pilot, I was such a kid, and I held him in great reverence,” Ashbrook said. “He was 44 years old when he shot the pilot. And now I’m 52, I’m older than he was, and he seemed like such a character to me then. I just wanted to do a good job and not mess up. And David was super supportive of me. Working with him is like working for no one else.” 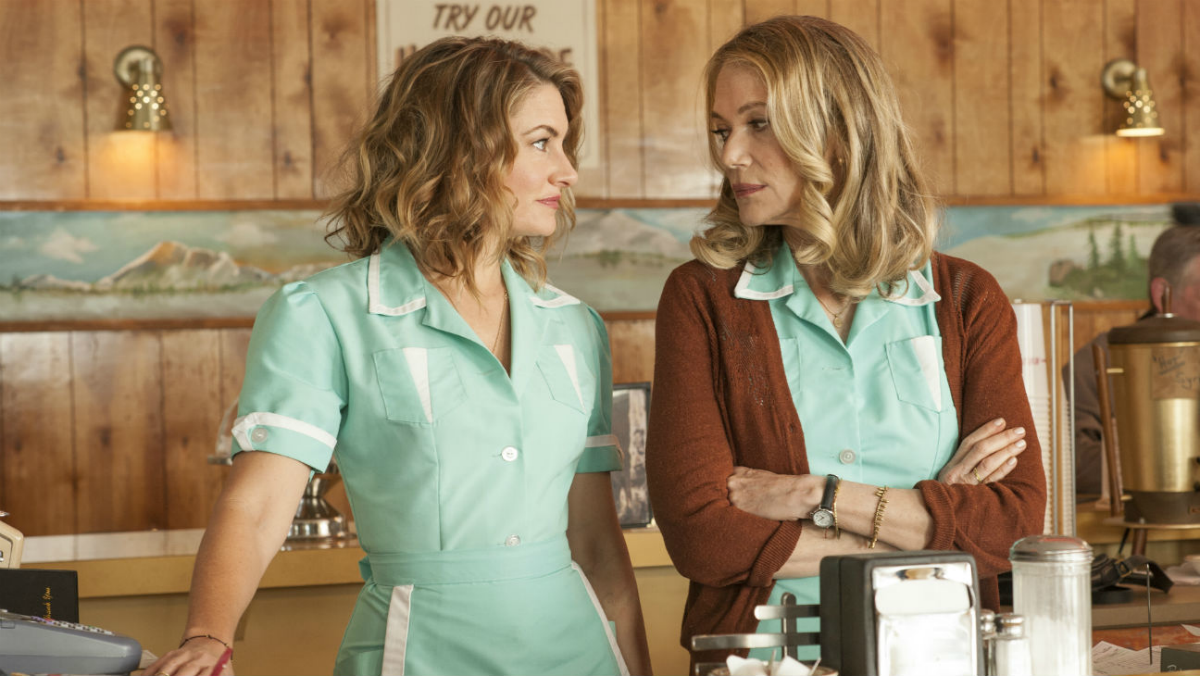 The rest of the cast

Thirty years is a long time to spend with a large group of people, but thanks to the 1992 prequel film Fire Walk with Me and the 2017 third season Twin Peaks: The Return—not to mention the various reunion specials and fan conventions—the cast of Twin Peaks has had a lot of time to grow close. For Ashbrook, Twin Peaks was his college experience; he’s known most of his costars for more than half his life, and almost his entire career.

“It’s so much better and easier to keep in touch now with the advent of texting and phone and email,” he said. “If I’m thinking of Sheryl [Lee, who played Laura Palmer], I can just text her. It’s just a lot easier to stay in touch now, so we’re all reconnected. I hold those people with deep love in my heart.”

One of his closest friends in the cast is Mädchen Amick, who played his girlfriend Shelly Johnson in the original series and his estranged wife in The Return.

“Working with her is always a dream,” Ashbrook said. “She was, like, 19 when we filmed the pilot, I mean she was so young. But she was incredible, and she’s become this incredible woman. She’s a juggernaut. I have always looked up to her, even though she’s younger than me.”

The two were also there for each other when their costar Peggy Lipton—whose character, Norma Jennings, was close with both Shelly and Bobby—passed away from cancer last year.

“It was really hard when Peggy passed away, and it was really hard for both her and I because we’d spent so much time with her,” Ashbrook explained. “So we were there for each other there.”

Another notable cast member to pass away recently was Catherine E. Coulson, who played the Log Lady. Coulson was an old friend of Lynch’s, and an old friend of Horse’s as well. In The Return, Hawk shares a heartbreaking phone conversation with the Log Lady—a scene filmed shortly before Coulson died. It’s one of the most memorable moments in all of Twin Peaks.

“Everybody said to me, ‘Why didn’t you cry [in that scene]? You didn’t look sad,'” Horse said. “And I said, ‘No, I wanted to portray how brave she was to do that.’ It wasn’t a sadness. The phone call was an honoring.” 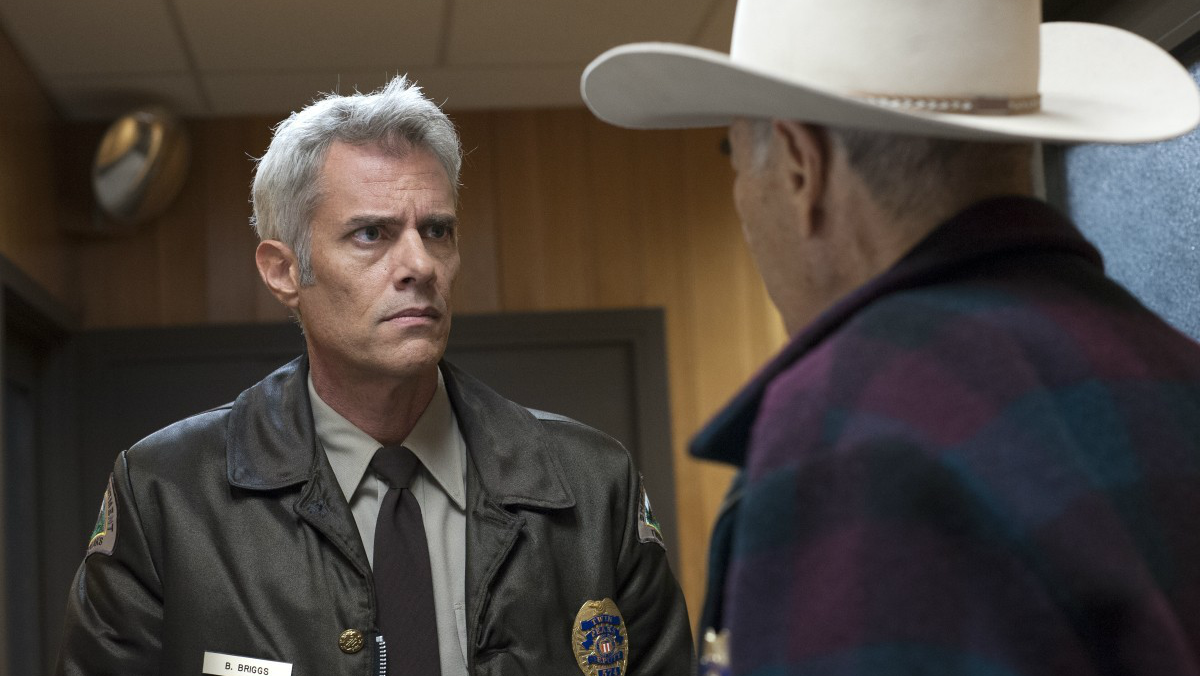 The legacy of Twin Peaks

Both Ashbrook and Horse were back for The Return, and got to see the 25-year evolution of their characters. For Bobby Briggs, it was a major one. He went from drug-dealing teen to deputy at the Twin Peaks Sherif’s Department (and from floppy black hair to an aged grey).

“The entire sheriff’s department is white haired,” Ashbrook said. “There’s something about that, showing the age in The Return. That was part of its growth.”

Deputy Hawk didn’t change as much, but his perspective earned more validation. As a full-blooded Nez Perce, Hawk was always more in tune with the mystical things happening in the town, and relayed his experience to FBI agent Dale Cooper throughout the series. In The Return, he continues to be the same levelheaded character, always keeping his coworkers and the audience in check.

The opportunity to play an Indigenous character like Hawk has been an enormous honor for Horse, who continues to see reverence for the character at fan conventions, which he only recently began attending.

“I went to the Indian Art Institute in Santa Fe and I have a lot of Native artist friends, and they just love Twin Peaks, they’re big fans of David,” Horse explained. “Most of the stuff that’s out there for indigenous actors is really bad.”

Both Ashbrook and Horse were meant to reunite for a massive 30th anniversary celebration at Elvis Presley’s home Graceland in Memphis this April. Due to the COVID-19 pandemic, the event has been pushed to October. But maybe that’s for the best, as the coronavirus quarantine could bring new fans looking for something to watch into the world of Twin Peaks.

Although not everyone who watches the show will grow obsessed. That’s part of the alchemy that Lynch and Frost created when they put Twin Peaks into American homes back in 1990. Horse gave the perfect summation: “I tell people, there’s two kinds of people in the world: people who get Twin Peaks and people who don’t.”