The long-awaited sequel to the ’80s classic Top Gun is finally arriving this year. But while we wait for Tom Cruise’s return to the skyways, we’ve got something to tide you die-hard Top Gun fans over that is just as cool. YouTuber Augustus Danko, also known as OneBeatMan, is famous for making LEGO-ized shorts of Star Wars characters. Now, they’ve done a shot-for-shot recreation of the Top Gun: Maverick trailer. And it is quite a sight to behold. You can check out the full fan-made trailer right here:

In the official description for the video, OneBeatMan said “After months of painstaking work… I recreated the Top Gun: Maverick  trailer in LEGO, one frame at a time. This was created 100% independently out of my love for Top Gun, cinema, and LEGO.” If you’re wondering how all of this is accomplished, there will soon be a behind-the-scenes video uploaded explaining it all in detail.  OneBeatMan elaborates further, saying, “I created this project using only a canon t6i, 2017 iMac, and 2011 MacBook Pro. There will be a behind-the-scenes mini-doc coming soon.” OneBeatMan has similar behind-the-scenes videos for his other LEGO shorts. 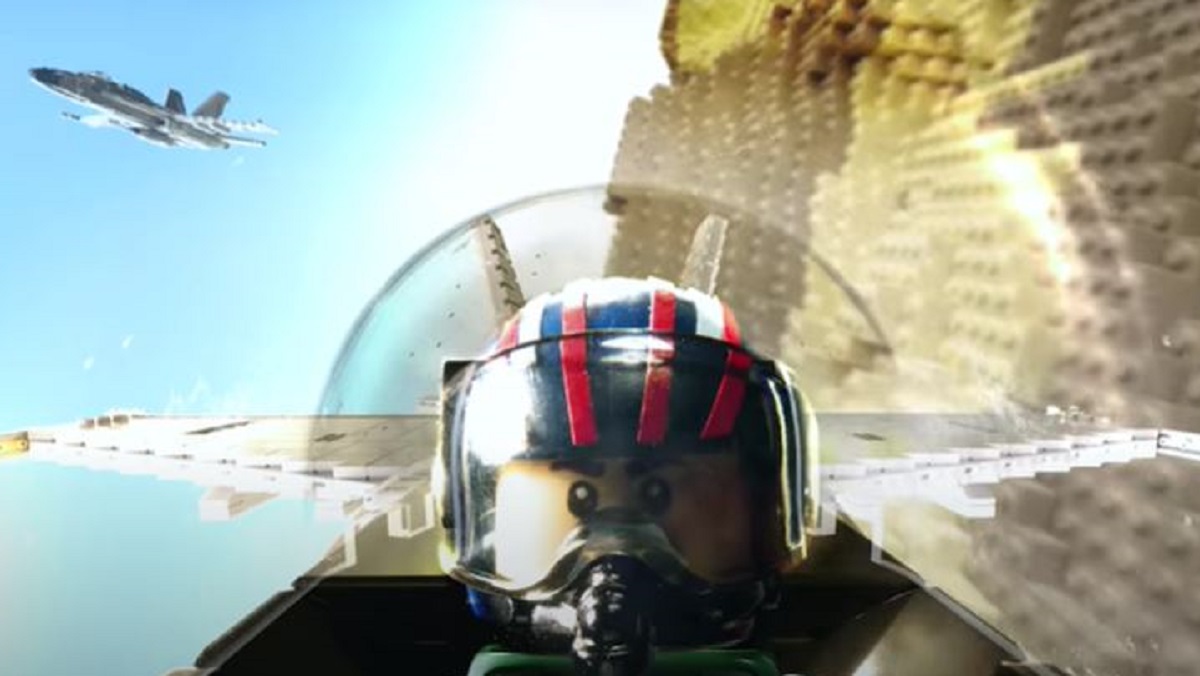 Top Gun: Maverick was originally going to release back in 2019. Technical issues delayed the completion of complicated effects shots. Then, last year, the events of the COVID-19 pandemic further prevented the film’s release. Now it is finally arriving in theaters on July 2, pandemic circumstances permitting. So Tom Cruise as Captain Pete “Maverick” Mitchell will hopefully soar on the big screen once more. After a 45-day theatrical window, the film will hit streaming on the newly rebranded Paramount+ service. We’re going to admit, though, that this new trailer kind of makes us wish the actual movie was all in LEGO too. Hey, it worked out pretty well for Batman, right?