TRANSFORMERS and TOP GUN Team Up For "Maverick" Autobot - Nerdist

TRANSFORMERS and TOP GUN Team Up For “Maverick” Autobot

Hasbro feels the need. The need for… another cinematic collectible mashup. Recently they introduced us to Gigawatt. He’s the company’s time-traveling Back to the Future-inspired Transformer. Now they have another new toy based on another popular film franchise for us. Meet Maverick, the Top Gun fighter jet who turns into a bogie hunting Autobot. 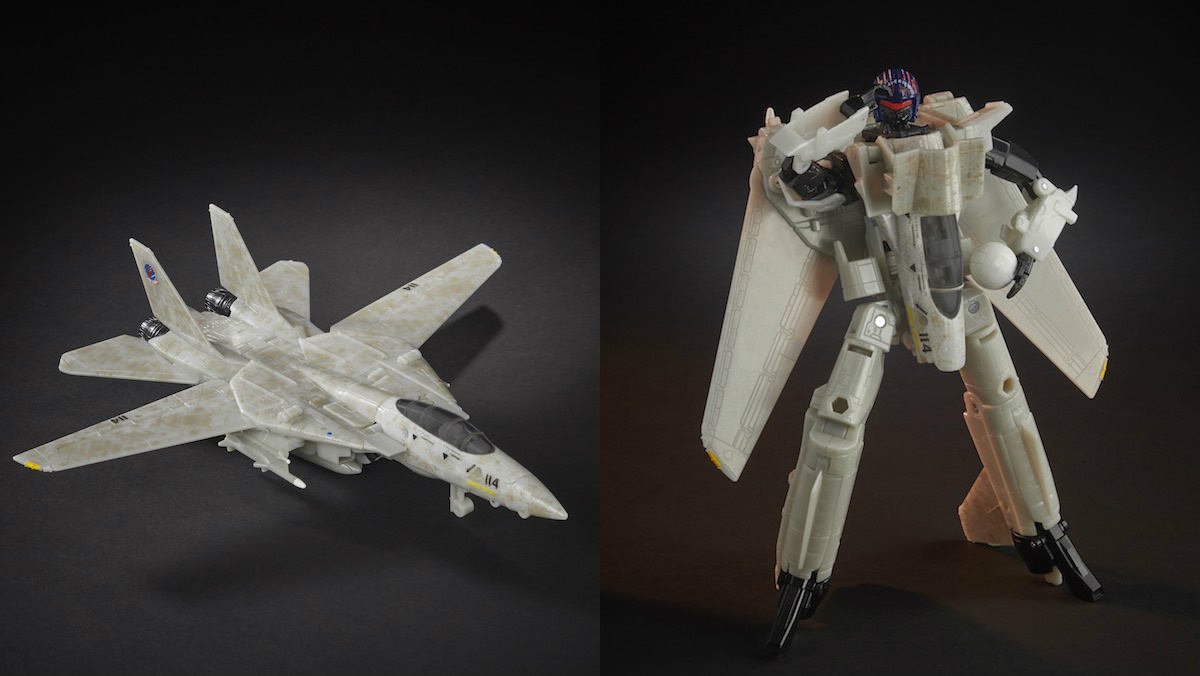 Hasbro and Paramount Pictures have teamed up to create the all new Transformer Maverick, who is NOT the character played Tom Cruise. The actor might actually be an android designed to star in popular movies, but this new Maverick starts off as an “iconic Northrop Grumman F-14 Tomcat jet from the original Top Gun film.” He then transforms into a lean, mean, robot fighting machine. And he also plays beach volleyball. No, seriously.

Uh, if you’re choosing your doubles partner to go toe-to-toe with Ice Man definitely pick the giant robot as your teammate. 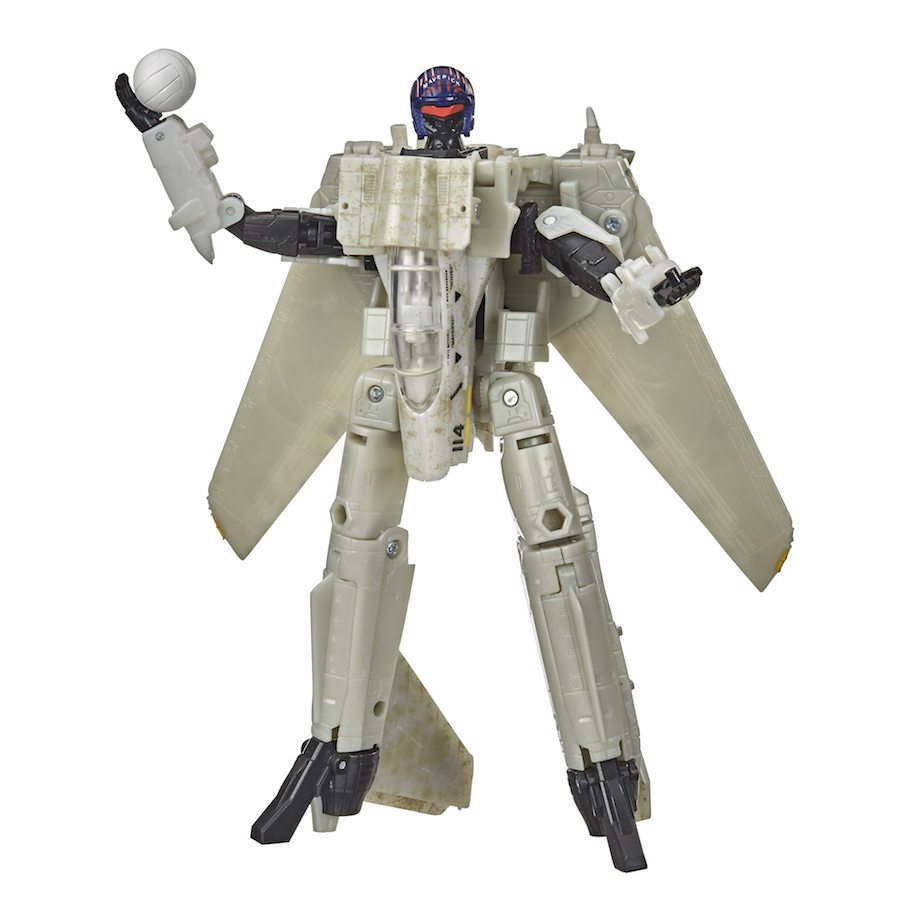 We just met Maverick, sure. But we’re positive he has a killer spike.

The newest Autobot stands seven inches tall in robot mode. He then converts into a fighter jet in 25 steps. Maverick comes with a “screen-inspired miniature motorcycle accessory and two alternate hands that can hold the included volleyball accessory.” He also comes with folding jet wings and movie-inspired details, like a helmet design inspired by the upcoming Top Gun sequel Maverick. This collectible also has four missile accessories. They mount on its arms in robot mode and under the wings in jet mode. And it comes in packaging inspired by an actual aircraft carrier. 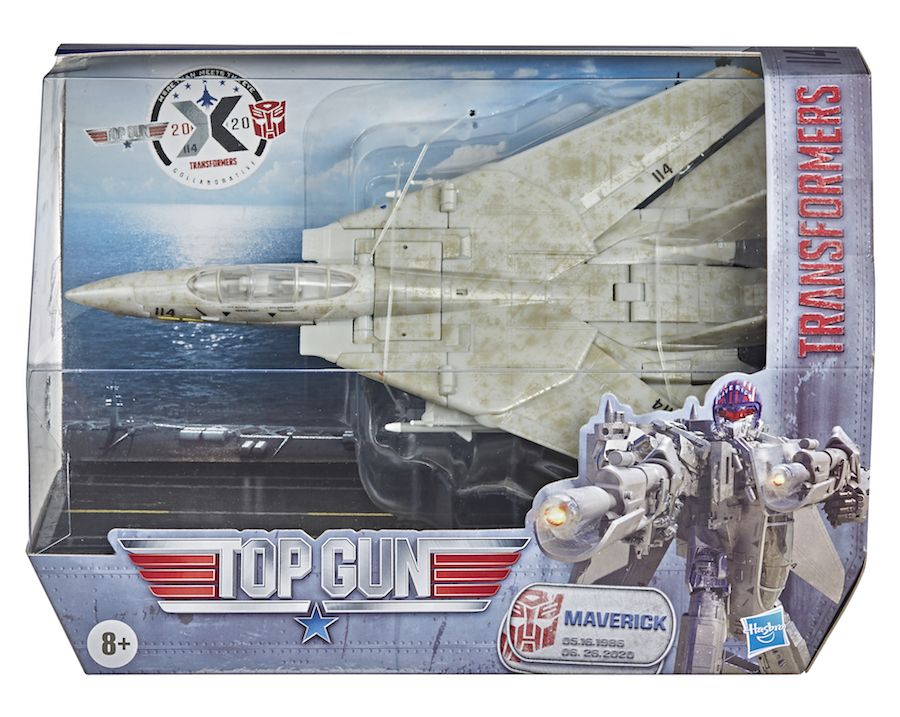 The figure is available to pre-order now at HasbroPulse.com ($49.99), “while supplies last.”

This newest entry into Hasbro’s Transformers Collaborative feels like a natural crossover—even if Jetfire stans might feel threatened—especially ahead of the long-awaited Top Gun followup coming to theaters later this year (we hope) on December 23, 2020.

We do have one reservation though. Autobot Maverick looks like a fun toy. But please, don’t give him a robot partner named Goose. No one has the need to suffer that kind of loss again.