THE SOPRANOS Are Getting Their Own Monopoly Game

Americans have long fetishized the mob and all things related to organized crime. We’re not sure when this started. Possibly the gangster movies of the 1930s. But it really came to a head with the Godfather films. Also known as “your dad’s favorite movies ever.” Since then, we’ve had Scarface, Goodfellas, Casino, and many more. All leading up to the GOAT of modern mafia stories, HBO’s The Sopranos. So, of course, it was only a matter of time before Tony Soprano got to headline his own Monopoly game. Just like Spider-Man, Luke Skywalker, and Queen. 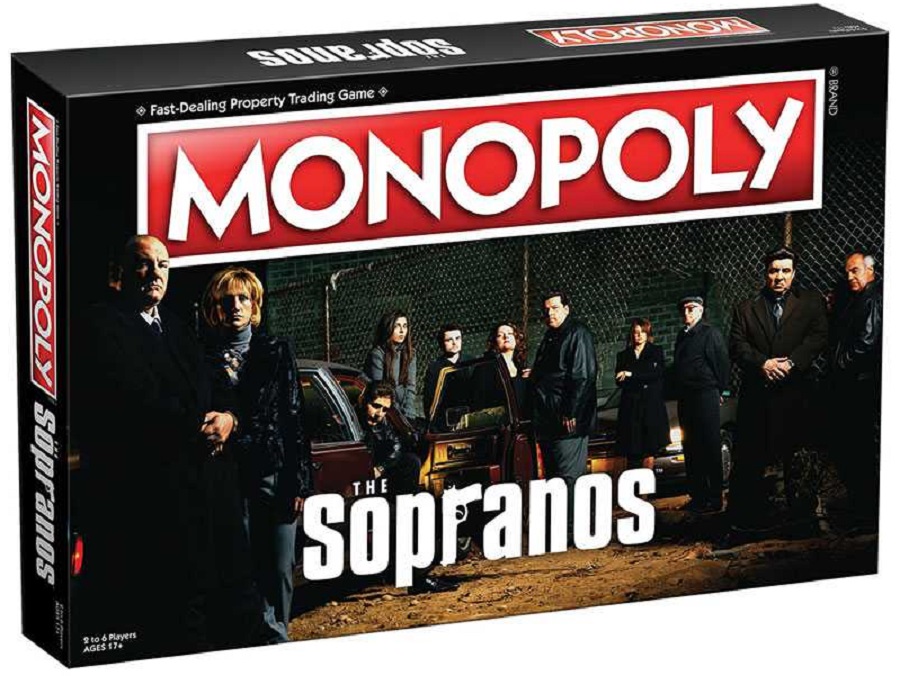 Thanks to The A.V.Club (via Indie Wire), we’ve learned that the official Monopoly: The Sopranos description goes something like this. “Buy, sell, and trade popular locations like Tony Soprano’s House and Satriale’s Pork Store. All before wheeling and dealing at The Bada Bing!”

The collectible tokens featured in the game include a baby duck from the show’s very first installment and the Stugots boat. Also, Bobby Bacala’s toy train, Satriale’s pig, Dr. Mefli’s chair, and a Barone sanitation truck. “Stashes” are what all the houses are now called, while the hotels go by the name “contraband.” And we’re sure there are many more details to be discovered.

Some people might feel icky about a board game celebrating the mafia. But, of course, Tony Soprano and his family were all fictional characters. So this is no different really than having a Monopoly game based around horror movie monsters. Maybe it’s just offputting because there are criminals just like this in the real world. And not so many real immortal slashers killing teenagers. Hopefully, the Sopranos theming for this Monopoly game isn’t so complete that you can’t finish the game before cutting to a black screen. Although that sure would be franchise-accurate.

You can order Monopoly: The Sopranos for $39.99 by clicking on this link.