How THE SOPRANOS Is a Time Capsule of the 2000s - Nerdist

How THE SOPRANOS Is a Time Capsule of the 2000s

It’s been 21 years since The Sopranos premiered on HBO and cemented its place in television history. The Sopranos is one of the most influential shows, not only of the 2000s, but of all time. Some think of it as the beginning of prestige TV. The series, which ran from 1999-2007, is dated and unapologetically so. When you’re watching the show, there’s no question about the era. The Sopranos fully embraced the early aughts, from the shoddy (albeit one-time) use of CGI, to highly controversial topics for the time, to Tony’s son donning various Marilyn Manson shirts as an act of teenage rebellion.

What’s cool is that as the 2000s evolved, so did the Sopranos. As the show left the ’90s and moved towards the 2010s, the hair got flatter and the nails got shorter. A.J.’s teenage rebellion grew to include caring about the environment. Then we saw multiple characters openly seek help for their addictions and mental health issues. The Newark neighborhood the mobsters frequented fell victim to gentrification, with chains popping up in the place of the little mom and pop stores they knew and loved.

But even as the series grew, many aspects mark it as a time capsule of the 2000s. Let’s look back at some of those.

The show is so renowned for its fashion that several Instagram accounts dedicate their posts to showcasing every iconic ensemble. Carmela Soprano and Adriana La Cerva are arguably the show’s most fashionable characters—especially when it came to embracing the trends of the time. Big hair and feathered bangs didn’t die in the ’80s. The height went down slightly in the ’90s but made a comeback in the early 2000s. Does anyone else remember Bump It hair accessories? Between Carmela’s teased blonde hair and Ginny Sack’s blown-out black locks that sat atop her head like a fur hat, one could infer that the bigger the hair, the bigger the wealth.

Another trend was low-rise jeans. The kind that sat just above the hips and only looked good on maybe five people. Adriana was one of them. She never missed a chance to show off her jeweled belly piercing. Adriana even paired her low-rise jeans with a matching denim crop top.

By season six (2005-2006) Carmela had straight, flat hair, and she wasn’t afraid to don a regular pair of jeans. She held on to those square French tips though. 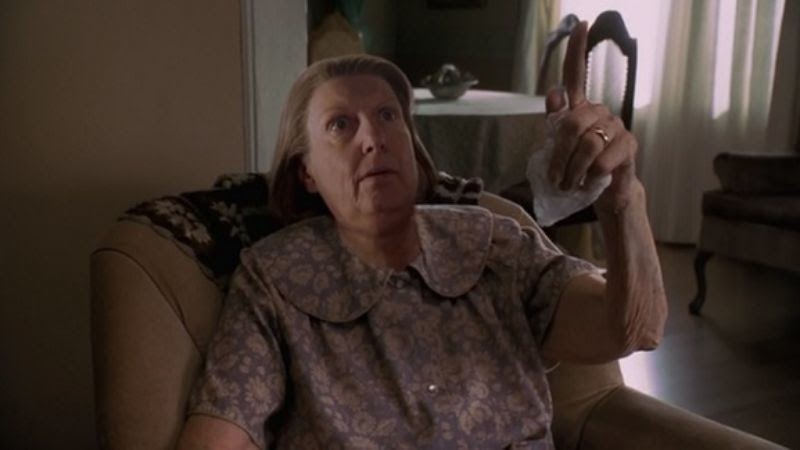 The Jeannie Cusamano split-screen scene, in which Jeannie is seen having a conversation with her “twin sister,” is forgivable. The CGI reconstruction of Livia Soprano, however, is much less so. Nancy Marchand played Tony’s mother for the first two seasons, but she passed away before filming before season three began. Feeling that it was important for Tony to have just one final scene with his mother, the series digitally composited Marchand’s face from 18 separate clips. They put that onto the face of a body double. The result was an extremely animated face with a strange yellowish hue on a stationary body.

A 2001 CBS News article called it “realistic enough,” but a 2015 post in the /BadCGI subreddit begs to differ.

When Ellen Degeneres came out on her sitcom Ellen in 1997, the response was mixed. Audiences seemed both confused and furious. This idea of queerness as “other” continued well into the 2000s. Sex and The City, which aired alongside The Sopranos on HBO, frequently presented its queer characters as quirky accessories to its main white female characters. In The Sopranos, queer characters weren’t just othered, they were presented as a threat to the masculinity of Tony’s mobsters. In season six, Vito Spatafore is spotted at a gay club (the type depicted in the 1980 Al Pacino thriller Cruising). He immediately goes into hiding, living as an openly gay man in a different state. Vito knows his fellow mob associates will murder him should he ever return.

Even the Mobsters Wore Tracksuits

You might remember the likes of Paris Hilton and Lindsey Lohan frequently wearing tracksuits. In the Sopranos crime family, capo and cold-blooded executioner Paulie Gualtieri, made man Christopher Moltisanti, and even big boss Tony Soprano himself donned the comfortable clothing. Of course, these weren’t the Juicy Couture tracksuits socialites and starlets wore. The men showcased variety of brands including Fila and Italian sportswear brand Genelli, and the tracksuits were usually made out silk or velour. This proved Paris had the right idea: tracksuits were stylish and comfortable—even to some of the most dangerous men on the northeast coast.

Therapy Is Only for “Crazy” People 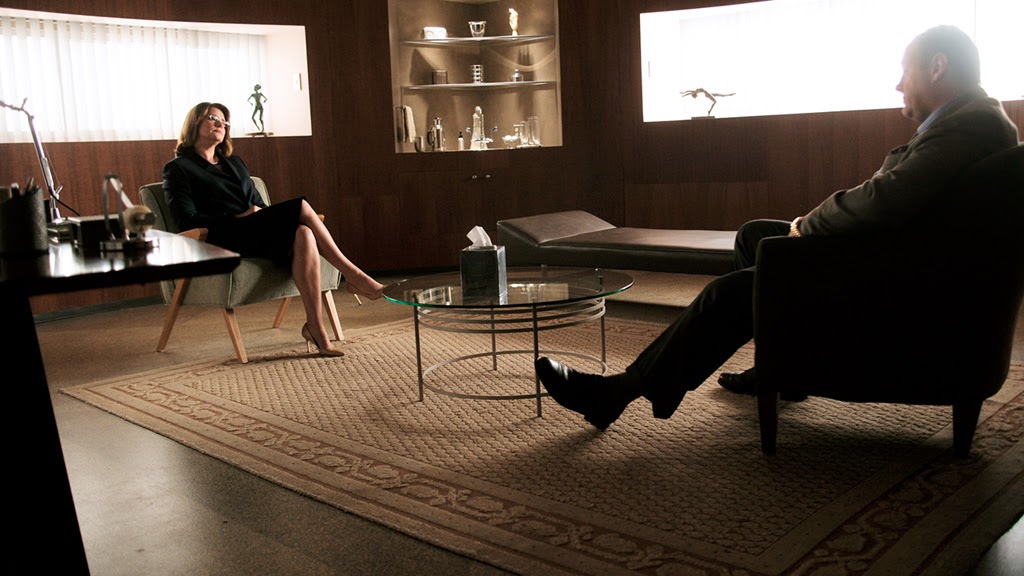 Another cultural taboo, one that went beyond film and television (and isn’t that much better today), was the concept of going to therapy. Tony sees psychiatrist Dr. Jennifer Melfi for the duration of the show, but he does his best to keep it a secret. Tony is convinced that if the wrong people found out, they would deem him crazy or unfit to be a boss. Maybe they’d try to kill him. When word about his therapy sessions does get out, the Mafiosi can’t make up their minds as to whether Tony is betraying the mob by potentially spilling important secrets or if he’s just a weak-minded person. Either way, Dr. Melfi has to close up shop and live in a motel for a few episodes until things die down.

Instead of the usual truckload of fine tailored suits or Gucci bags, Christopher Moltisanti and his guys decide to hijack a shipment of Pokémon cards in season two. That’s how you know Pokémon (or Pokey-man as Christopher pronounced it) was all the rage in the year 2000. So hyped that a bunch of Mafiosi figured they were just as valuable as the Jimmy Choo shoes or PC computers.

And we can’t forget the pay phone calling card scam (remember pay phones?) designed to take advantage of immigrants looking for an inexpensive way to call home. Or the way everyone casually lit up a cigarette indoors—I don’t think there’s a single episode where someone excuses himself to go outside. Then there’s military school being used as a last ditch effort to straighten out a “bad” child, cordless house phones, and AOL chat rooms.

It’s next to impossible for a television series to be timeless. Things like pop culture trends, technology, conversations around hot button issues, and even style are always changing. And a good TV show should reflect the current time. The Sopranos, however, does more than just reflect on the early 2000s. It makes you nostalgic for a time when butterfly hair clips were all the rage. And makes zero apologies.

The Sopranos is available to stream on HBO Max.

8 Podcasts to Try When You Want to Learn Weird Things