Video Shows How to Make THE SIMPSONS 'Deadly' Eclair - Nerdist

Video Shows How to Make THE SIMPSONS ‘Deadly’ Eclair

Anyone who has watched an episode of The Simpsons these past 30 years knows that Homer has a sweet tooth. And then some. We think of Homer, we think of donuts. But Homer’s palette extended far beyond just that. In the season eleven episode “Guess Who’s Coming to Criticize Dinner,” Homer becomes a restaurant critic for The Springfield Shopper. But his column was actually ghost-written by Lisa.

When Homer becomes a feared critic in town, the restaurant owners decide to take him out. And we don’t mean “take him out to dinner.” We mean it in The Sopranos sense. And their method of getting rid of Homer? With a poisonous éclair, “La Bombe.” Described by its chef as “a premeditated éclair with 25 pounds of butter per square inch, chocolate so dark light cannot escape its surface, and a staggering 1 million calories.”

Ok, so that’s not literally possible in our non-animated reality. Because, ya know, there’s the whole laws of physics thing. But YouTube cooking channel Babish Culinary Universe, someone has made a (non-lethal) “La Bombe” éclair. You can watch the full video on how to make the éclair that nearly killed Homer above. 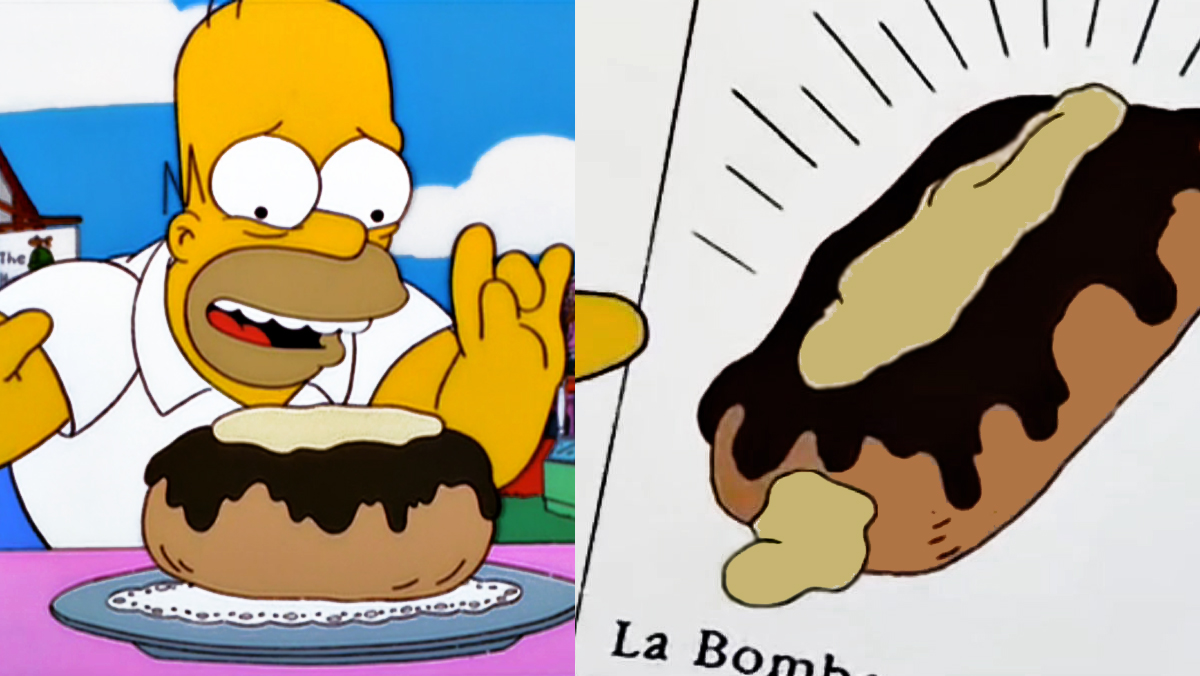 We think someone should find a way to serve this wonderful-looking eclair in The Simpsons area in the Universal theme parks. That has instant hit written all over it. And now, they know how to make a proper one. Babish Culinary Universe has plenty of other pop culture-inspired cooking videos. These include several other ones showcasing Simpsons treats, like the Good Morning Burger. You can also make the cookie cat from Steven Universe, and different kinds of foods from movies like Hook, and a two part video featuring the culinary delights from the Lord of the Rings movies.

Be sure to check these videos and a whole lot more at the Babish Culinary Universe YouTube channel.