THE SIMPSONS Intro Recreated from Stock Footage Is a Delight

There have been almost 700 original episodes of The Simpsons. If you count every one of them, plus all of the syndicated reruns, streams, and DVD screenings, how many times has Springfield’s most famous family rushed home to plop down on their couch in front of their TV? A million? Ten million? It’s impossible to count. And no number would surprise us. However, despite the many, many times we’ve watched that iconic sequence, we’re still finding new ways to enjoy it. Like last year, when one creative family filled their quarantine time by starring in their very own version of the famous intro. But it turns out you don’t even need kin of your own to recreate it. Nor do you even need a couch. Someone made a shot-by-shot recreation of The Simpsons opening credits using nothing but stock footage.

Matthew Highton has edited a fun tribute to The Simpsons‘ opening couch gag. (Which we first came across at Digg.) It relies entirely on pre-shot stock footage. He then put together a side-by-side comparison of his version with the show’s iconic sequence.

That’s no small feat, considering both the wide-range of unique locales in Springfield and the disparate activities of each member of the Simpsons family before they head home. But every major shot is here. That includes white clouds, a sweeping high shot over a town with a power plant, a grocery store, a band room, and more. 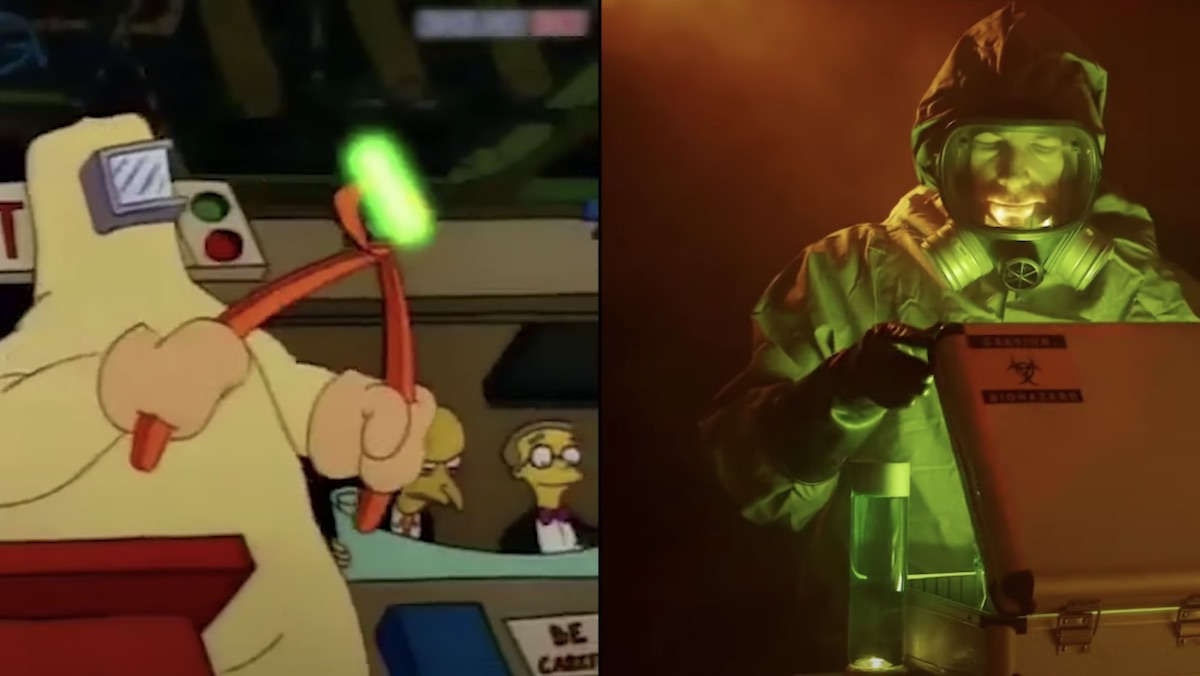 Our favorite individual stock footage moments include Homer being careless with dangerous materials at work. In the stock version that’s filled by a man in a hazmat suit opening a briefcase and holding a tube filled with a glowing green neon substance. And we’re also fond of Maggie “driving” the car.

It’s hard to imagine anyone was thinking about The Simpsons while shooting stock footage. But considering how many times the show’s intro has aired, maybe we all should have seen this coming.