THE PERSONAL HISTORY OF DAVID COPPERFIELD is Utterly Delightful - Nerdist

THE PERSONAL HISTORY OF DAVID COPPERFIELD is Utterly Delightful

2020 was meant to be the year of Dev Patel. With leading roles in both David Lowery’s The Green Knight and Armando Iannucci’s The Personal History of David Copperfield, we should have all been blessed with two period reinventions starring the actor. Alas, 2020 happened… but luckily for everyone who needs some Dev Patel–who among us doesn’t?–along with a little unbridled joy in their life, the latter of those movies is now available digitally and it is nothing short of delightful. 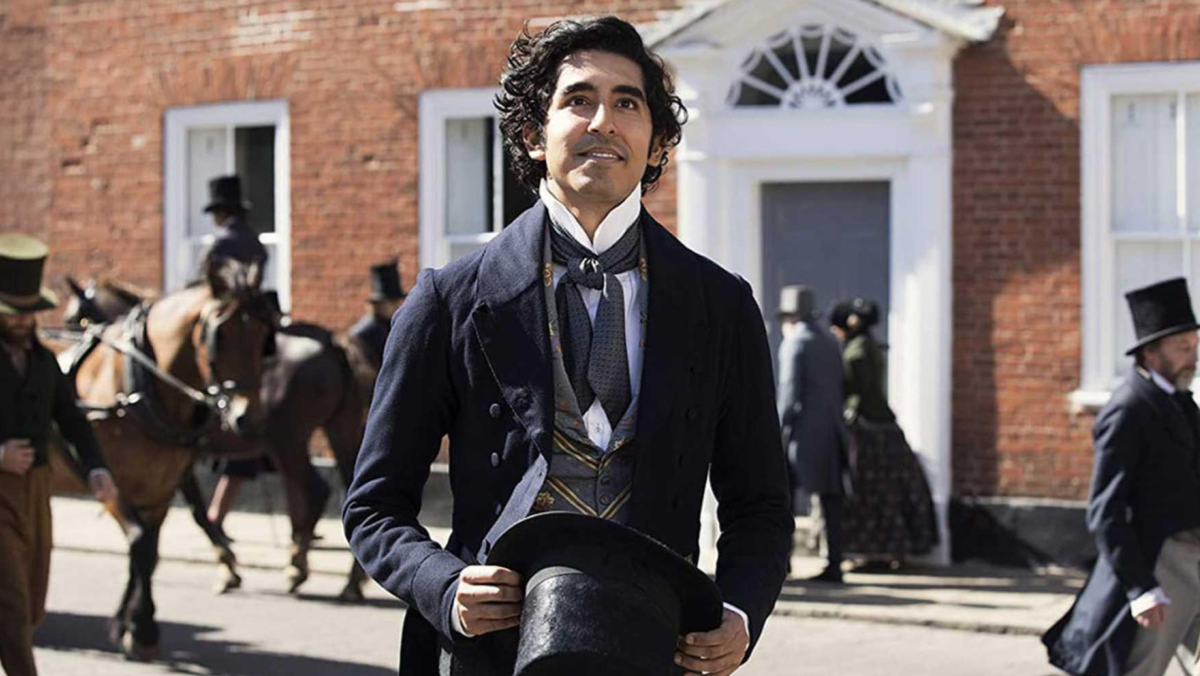 Iannucci is most well known for his searing satirical satires The Thick of It and Veep, but The Personal History of David Copperfield is his most sincere and kind work yet. It’s the sort of film that you’ll want to revisit again and again; brimming with humor and heart that makes it impossible not to fall in love with. Charles Dickens’ works often concerned themselves with the poverty and despair of the working class; Iannucci’s vision is one of celebration and happiness, of love, light, and the power of the human spirit. But that never patronizes or plays into the idea of poverty porn. Instead, The Personal History of David Copperfield offers up a sweet period piece that’s not only a joy to watch but that also feels subtly radical.

Patel shares the lead role with the wonderful Ranveer Jaiswal, who plays David as a young boy, which is where we truly begin our story. If you’ve never read Dickens’ novel, it follows Copperfield and his riotous life in which he shifts between the gentry and abject poverty and back again. Iannucci establishes a dreamlike whimsy from the outset with a setup that sees Copperfield narrating the story to an audience. This gives the director a freedom to flit between scenes and reveal hidden doors into memory. Anecdotes flow throughout the film like a fresh breeze. It’s to Iannucci’s credit that The Personal History of David Copperfield feels both like a classic period piece and an entirely contemporary film. 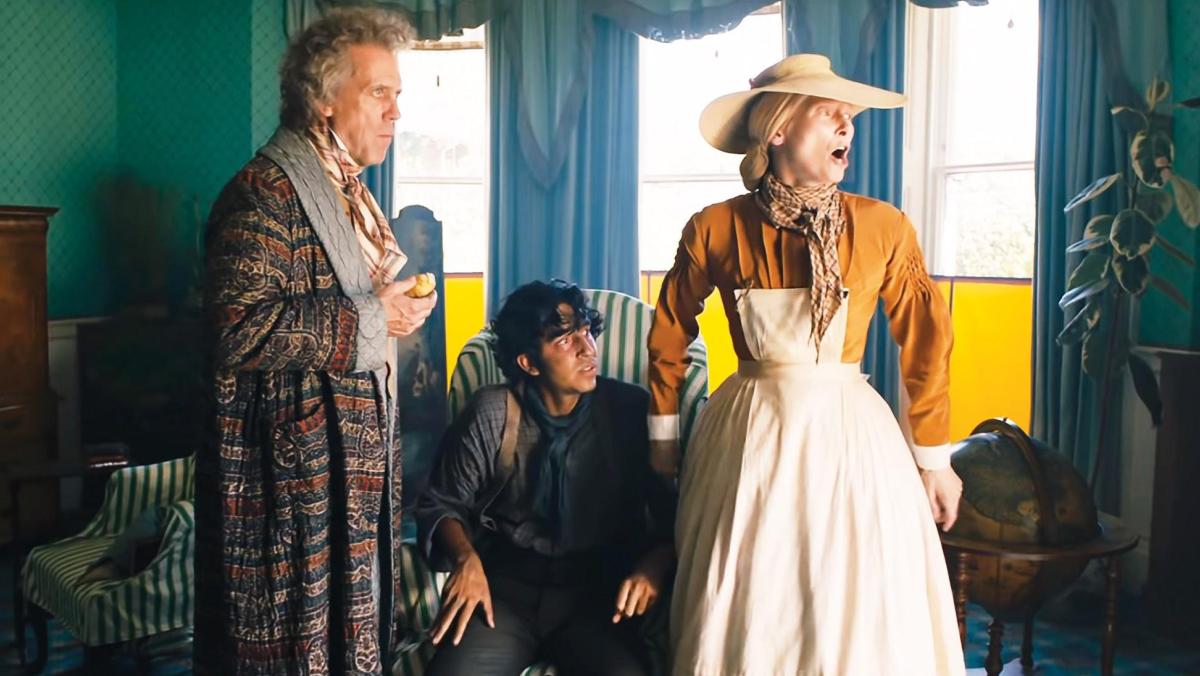 Boasting an all-star cast including Benedict Wong; Hugh Laurie; Tilda Swinton; Ben Wishsaw; Peter Capaldi; Nikki Amuka-Bird; and more, this is a sterling ensemble. But Patel shines as the charming hero. David is intelligent, full of determination, but most of all he’s kind. Sure, the first two things are important but his kindness is what drives him. It’s how he impacts peoples’ lives, how he crafts relationships with the folks who inspire him, where he ultimately finds his success. This is also a story about making art. It also doesn’t shy away from how much easier that is when you’re financially stable; it can be near impossible to sustain when you’re not.

Cristina Casali’s production design crafts a beautiful world drenched in color and filled with detail. She makes every scene feel like a jewelry box filled with more gems to discover on each watch. As David traverses Britain throughout his life we get to explore idyllic cottages in the bucolic countryside, the cobbled streets of London, and beaches of Yarmouth. Each reflects a different part of David’s life and the people he loves. Yarmouth is a whimsical, childlike dream where he lived in a boat with the kindly Ms. Peggotty (Daisy May Cooper) and her family. London is the raw juxtaposition of his poverty and great wealth. The cottage is home to his aunt Betsy (Tilda Swinton) and the delightful Mr. Dick (Hugh Laurie), whom he returns to as an adult. 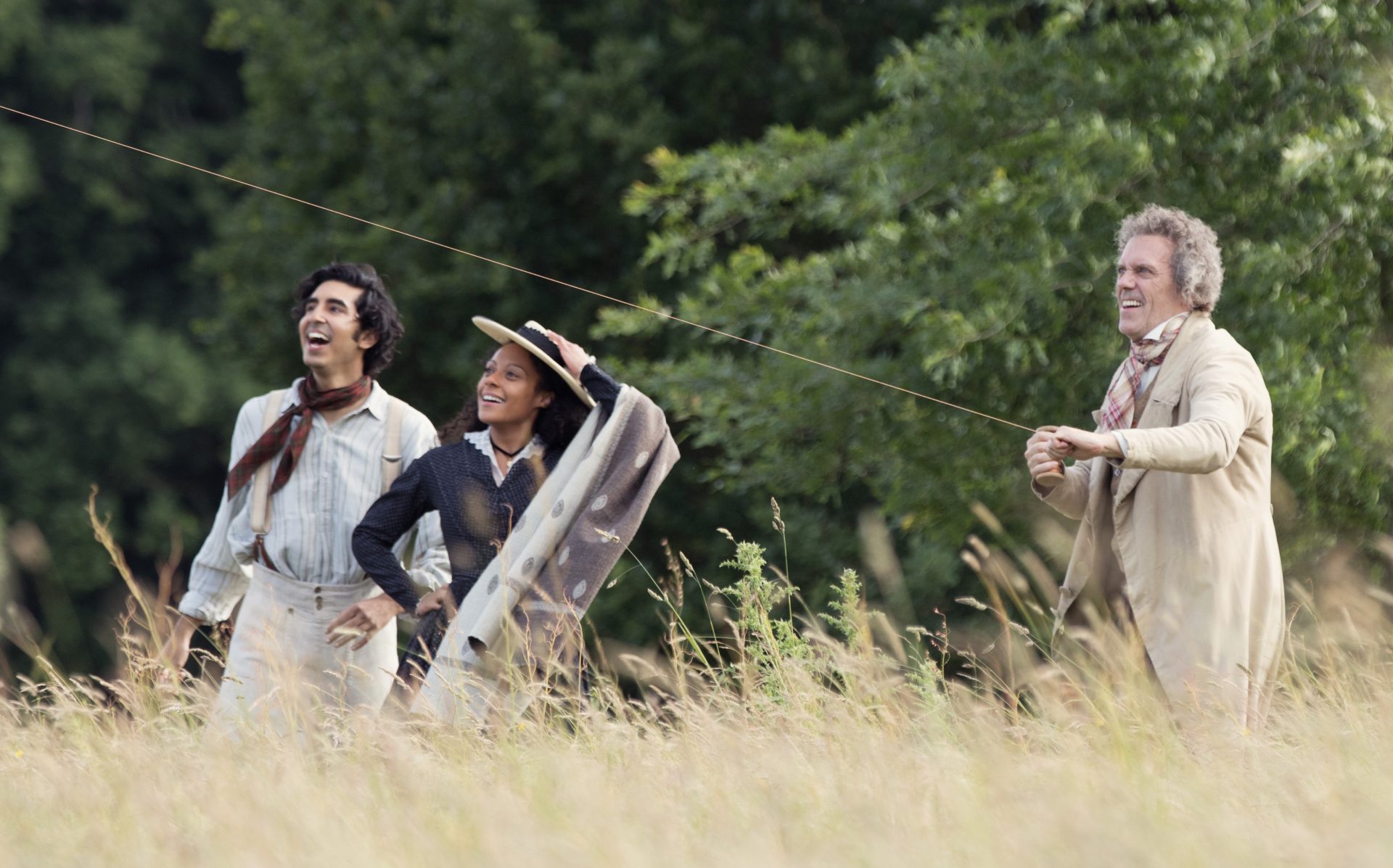 Mr. Dick stands out to me as an example of the radical kindness that the film is imbued with. Dickens’ stories were often concerned with “deranged” people, but here David never treats Mr. Dick with anything but compassion and respect. Dick believes that following Charles I’s execution, the royal’s thoughts implanted themselves into his brain. David immediately comes up with a plan to help him, crafting a kite with which Dick can float away Charles’ thoughts and lighten up his own mind. There’s such a sweetness and acceptance with which Iannucci presents the exchange and such a joyous sequence when it helps Dick alleviate his struggles. The kite becomes a representation of the love and freedom that David has given him, and his worries and eccentricities are never played for laughs. Instead, he’s just loved and supported at every turn.

It’s a great analogy for Iannucci’s thoughtful and empathetic approach to period storytelling.

The Personal History of David Copperfield is the kind film that fills you with lightness and joy. That’s not to say there aren’t any stakes; there’s plenty of conflict and drama to keep you going, but it’s decidedly lacking the cruelty that many period pieces take so much joy in inflicting. With all of that said, this is a lovely movie that’s the perfect treat as we head into the holiday season.