We Finally Know Who Fathered Jan's Baby on THE OFFICE - Nerdist

We Finally Know Who Fathered Jan’s Baby on THE OFFICE

The Office started out as a pretty cut-and-(very)-dry satire of the United States’ middle class corporate sector. But over its nine seasons on NBC, the sitcom inevitably reached some pretty strange places. In the latter days of the show, long gone were simple send-ups of typical workplace conflict; we’d begun dealing with affairs, duels, murder attempts, and Ryan riding a horse into the parking lot. And among The Office’s many instances of shark-jumping was a storyline involving Jan Levinson’s (and not Michael Scott’s) baby. Although, as convoluted as this premise became on air, it was apparently even more so before a few cuts.

As you’ll recall, former Dunder-Mifflin exec Jan Levinson became pregnant at the end of season four via artificial insemination. The series kept the baby’s paternity a mystery; further, it mined humor from Michael’s assertion of himself as its de facto father. (This joke progressed from Michael’s longtime devotion to his unhealthy relationship with Jan.) However, a recent episode of the Office Ladies podcast, hosted by series stars Jenna Fischer and Angela Kinsey, reveals that the original script had explicitly named the father of Jan’s daughter Astrid. And it was not Michael, nor her beloved assistant Hunter, nor anyone in the series’ canon. It was tennis pro Andy Roddick. 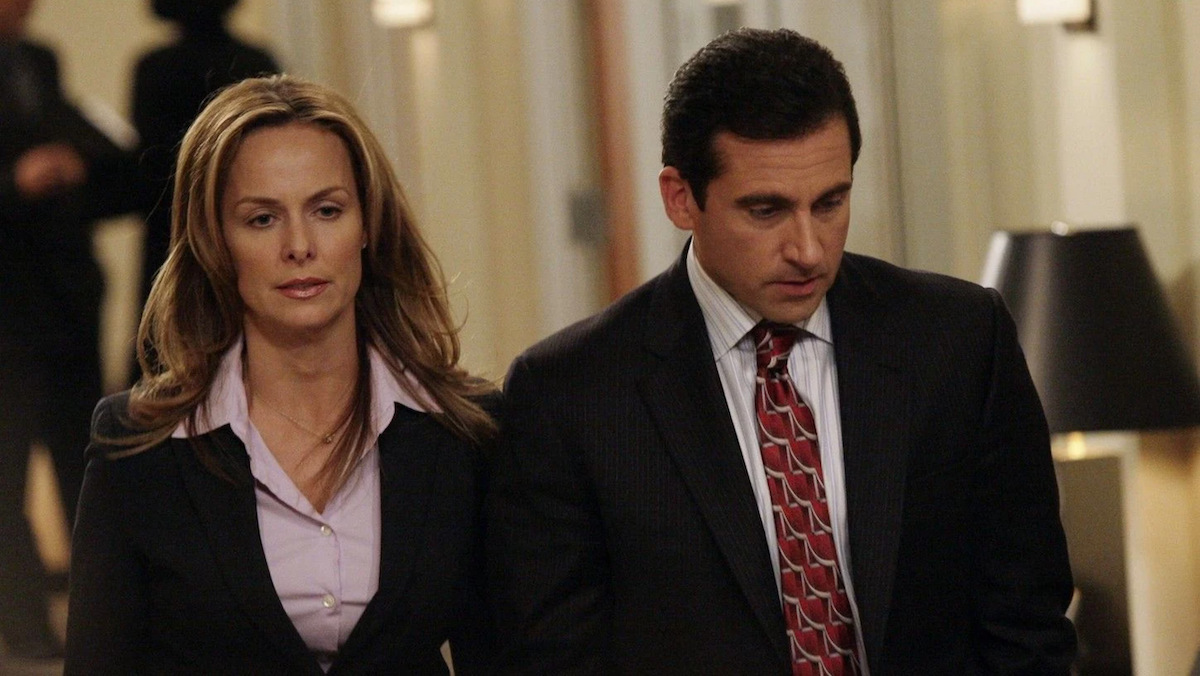 Kinsey dropped this bomb on a May 5 episode of the podcast, in which the pair discussed “Goodbye, Toby.” (That’s the aforementioned season four finale, which also introduces Amy Ryan’s character Holly Flax.) We first saw the news over at BuzzFeed. Per Kinsey—and to the surprise of even Fischer—Jan boasted to an underwhelmed Michael about using Roddick’s sperm to conceive her baby. As The Office‘s Angela Martin detailed, the scene went as such:

Kinsey added that Roddick was friends with Office star Rainn Wilson, hence the gag. Cast connections or otherwise, it’s a pretty left-field joke. Though given some of the other places that The Office went in its later years, that’s par for the course. (Or whatever the tennis equivalent of “par” is.)