We’ve admired the work Steven Richter for a long time. His pop culture sculptures are among our favorite works of art. That includes everything from realistic busts that bring Harry Potter’s Voldemort and Spider-Man‘s Mysterio to life, to interactive pieces that made the Wicked Witch of the West melt away and Thanos turn to dust. But his latest work might be his best yet. He made a highly-detailed bust of Morpheus from The Matrix, during the scene when he gave Neo a choice between picking a red pill or a blue pill. And if you thought the results of that scene were mind blowing, wait until you see the truth this bust is hiding.

It’s a surprise that will make you say, “Whoa.”

If you didn’t watch Richter’s making-of video yet we really urge you to do that before continuing. It’s more than worth the few minutes of your time needed to see what incredible secret it’s holding.

Okay, we warned you. This piece looks like Morpheus is wearing mirrored glasses, as he did in The Matrix. It’s an iconic, beautifully shot scene. But in this case it’s nothing but an optical illusion. Morpheus isn’t wearing any glasses here, just a small clip across his nose to make it appear that he is. But there are no lenses on this piece. His eyes are completely hollow. 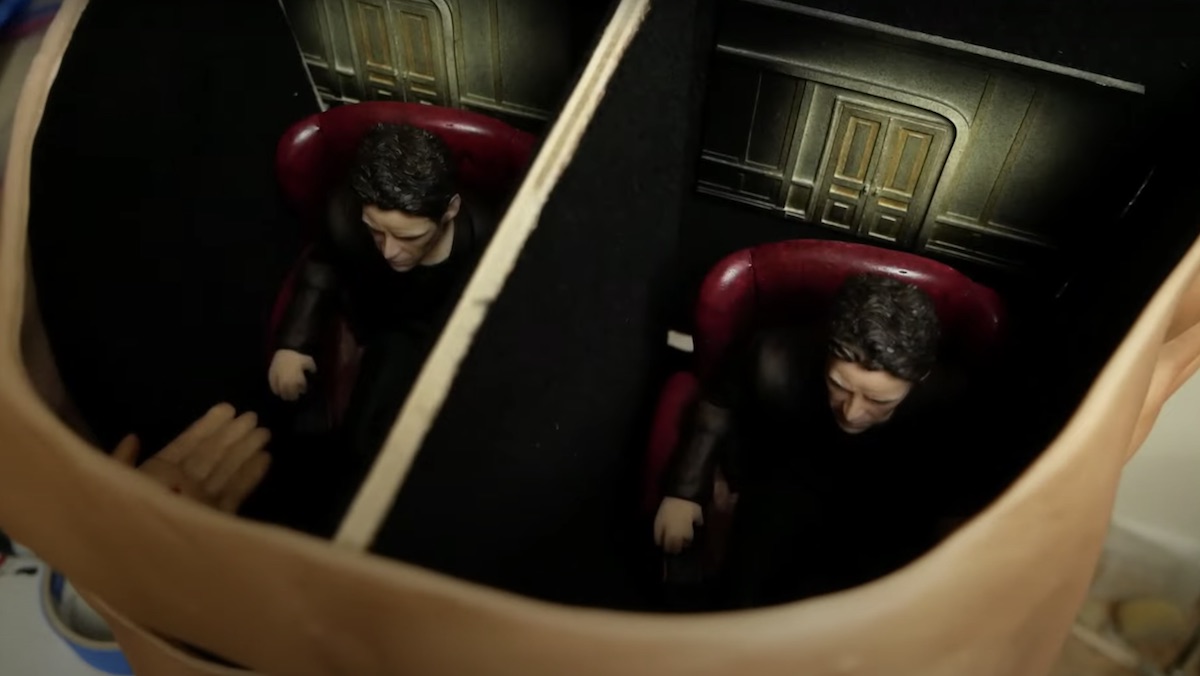 Richter recreated the moment by putting two small statues of Keanu Reeves inside the bust’s head. The matching pieces feature Neo sitting in a chair, with a door behind him. Morpheus’s head also holds two little hands. They show him giving Neo the choice of returning home or seeing how far the rabbit hole goes.

Without an ounce of hyperbole we can honestly say this is one of the coolest works of art we’ve ever seen. Especially when you consider the subject matter. It’s only fitting a bust from The Matrix would mess with our heads. 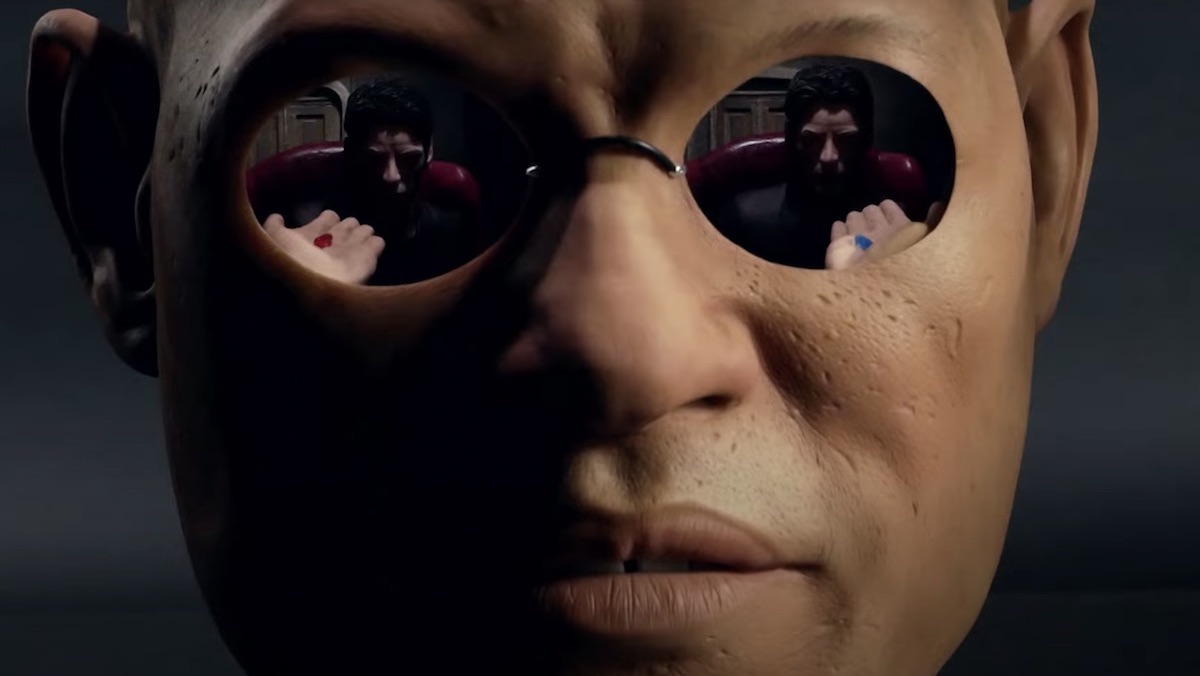