The DM-Less RPG, EXPEDITION, Expands To THE FUTURE - Nerdist

The DM-Less RPG, EXPEDITION, Expands To THE FUTURE

Last year, we talked about Expedition: The Card Game. It’s a great game that’s a wonderful introduction to tabletop RPGs that uses decks of cards, a single d20 and a smartphone app to compress all the fun of a D&D-style dungeon romp into a 30-minute game. It’s also great for pickup games on the go for experienced roleplayers or for the Dungeon Master who wants to sit down and actually play for once. It’s come a long way in a year, and that path has lead back to Kickstarter to fund both a new expansion and a deluxe edition.

Expedition has added a lot of features since it first debuted. Players can play with others online, they can download adventures to play offline, they can add dynamic music to their adventures and can now save in the middle of quests to pick up later. There’s also a bustling community of quest creators that use the open source website to create quests of all levels of difficulty, seriousness and length. The first expansion, Expedition: Horror added a social deck, dealing with fear and sanity and some Lovecraftian beasties as well.

Expedition: The Future adds a larger array of monsters, as well as a new category of skill cards. Futuristic heroes can now draw upon tech to battle monsters. Tech skills allow players to choose between a standard skill technique or a chance to draw more loot. Most of the new monsters come from the synth deck which represents killer robots, nasty drones, and other tech-based bad guys. The expansion also adds skills which give players more options when leveling their characters. Players can learn a skill when they level or upgrade a skill. Skills provide powerful single-use bonuses, such as healing in the middle of combat. Given the unpredictable nature of the d20 at the center of Expedition, having a reliable trick to get out of a bad encounter can be a lifesaver.

Fans new to the game (or ones that may have worn out their cards) should consider picking up a deluxe edition through the Kickstarter. The upgraded base game components include art for the monster cards, upgraded card stock and unique tracking clips for health. The box also allows for easier storage of cards in sleeves, which many players use dry erase markers on rather than the included clips. 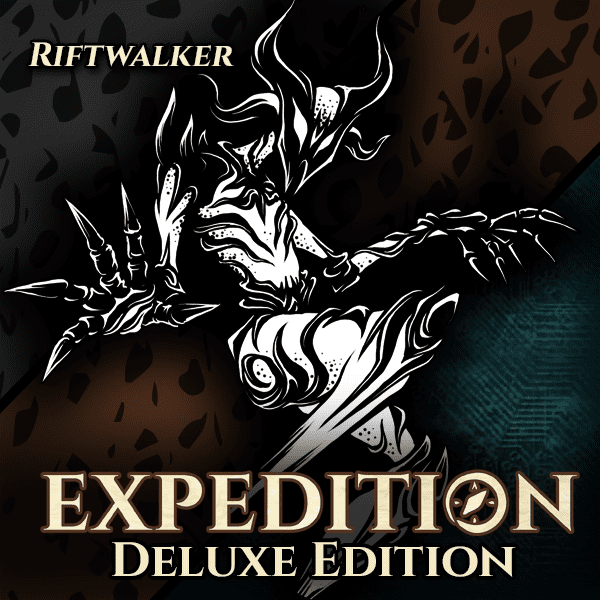 We got to play a couple of games with the new expansion. It does require cards from Expedition: Horror, but we’re happy to report is still delivers the same short, powerful burst of fun as the base set. Expansions can sometimes slow down a game at the expense of delivering more options to jaded players, but Expedition: The Future still hums along at a lovely speed. Between the two expansions, the game now offers everything from the Aliens-style exploration of a deserted space hulk to something resembling the high tech and low life of Shadowrun. Once the expansion is fully released more quests in these styles are sure to follow.

Expedition: The Future is currently taking preorders on Kickstarter. For fans looking to find a Dungeon Master in their pocket, it’s a great choice!

What’s your favorite hybrid game? Tell us in the comments!

More games that mix board games and RPGs!