Wizards of the Coast’s Stream of Annihilation has already revealed next fall’s Dungeons and Dragons storyline, Tomb of Annihilation. Now, fans have another reason to celebrate. WOTC and Avalon Hill joining forces for a D&D version of Betrayal at House on the Hill.

The official announcement was made on the D&D Twitch channel, which revealed that the title will be Betrayal at Baldur’s Gate. Given the title, this means it takes place in one of the most famous locations of the Forgotten Realms. In the original Betrayal at House on the Hill, players were invited to explore a haunted mansion and contend with ghosts and other supernatural enemies before one of the player characters inevitably went mad and sided with the monsters. Betrayal at Baldur’s Gate is keeping the essential ideas and themes from the original, but adding even deadlier threats to the mix. 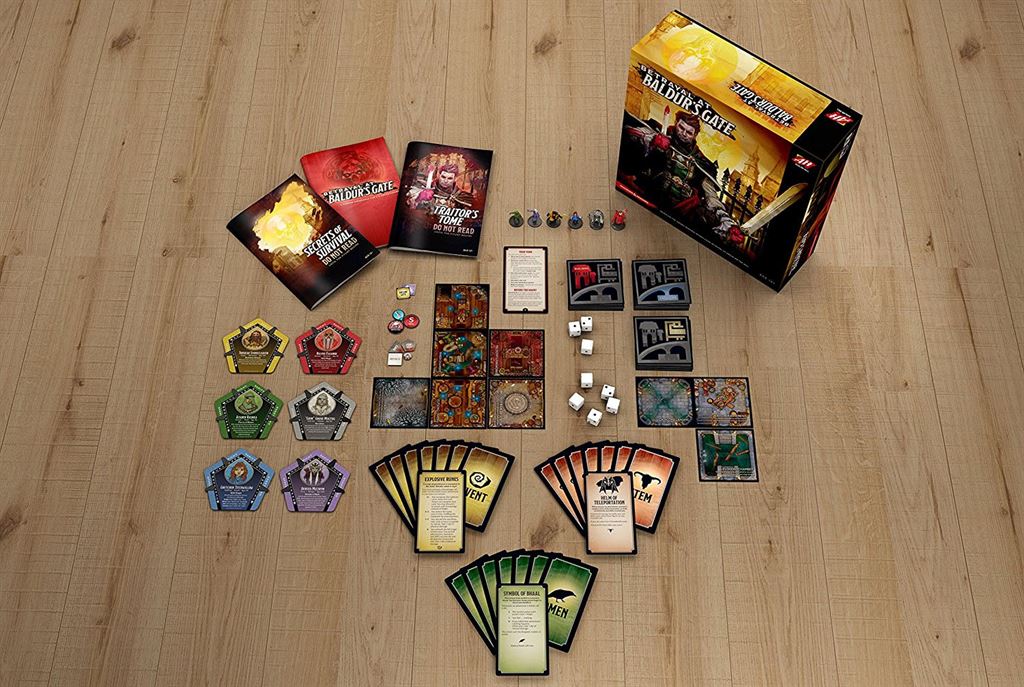 Here’s the official description of the game:

“The shadow of Bhaal has come over Baldur’s Gate, summoning monsters and other horrors from the darkness! As you build and explore the iconic city’s dark alleys and deadly catacombs, you must work with your fellow adventurers to survive the terrors ahead. That is, until some horrific evil turns one—or possibly more—of you against each other. Was it a mind flayer’s psionic blast or the whisperings of a deranged ghost that caused your allies to turn traitor? You’ll have no choice but to keep your enemies close!”

Amazon has already put Betrayal at Baldur’s Gate up for preorder, but you’ll have to wait until this Fall to explore the haunted streets of Baldur’s Gate with your favorite traitors.

Are you excited to get your hands on Betrayal at Baldur’s Gate? Roll for initiative and share your thoughts in the comment section below!

TAGGED: Dungeons and Dragons, Betrayal at Baldur's Gate, betrayal at house on the hill, baldur's gate