The ANNABELLE Doll Is as Bored as Anyone in Quarantine - Nerdist

The ANNABELLE Doll Is as Bored as Anyone in Quarantine

Many horror fans were looking forward to a third Conjuring movie coming out this fall. However, the current pandemic pushed the film t0 2021, leaving The Conjuring franchise’s star, the creepy Annabelle doll, in quarantine like the rest of us. So what has the demonic doll been up to in isolation all this time? Looks like she’s passing the time in a lot of the same ways as the rest of us. She lounging outside, watching old videos, and falling asleep at her desk. Avatars for evil forces are really just like us, ya’ll.

You can watch the full video down below:

According to Deadline (via io9), this hilarious short was created by some New Line Cinema employees during lockdown and was shared internally at New Line’s parent studio Warner Brothers. However, it seems someone at the company liked it so much, it was released on the Warner Brothers YouTube channel.

I mean, just like Annabelle, we all need distraction and amusement too. So a big thank you to whoever made that decision. Appropriately enough, New Line chose to release this video on National Doll Day, which you now know is an actual real thing. 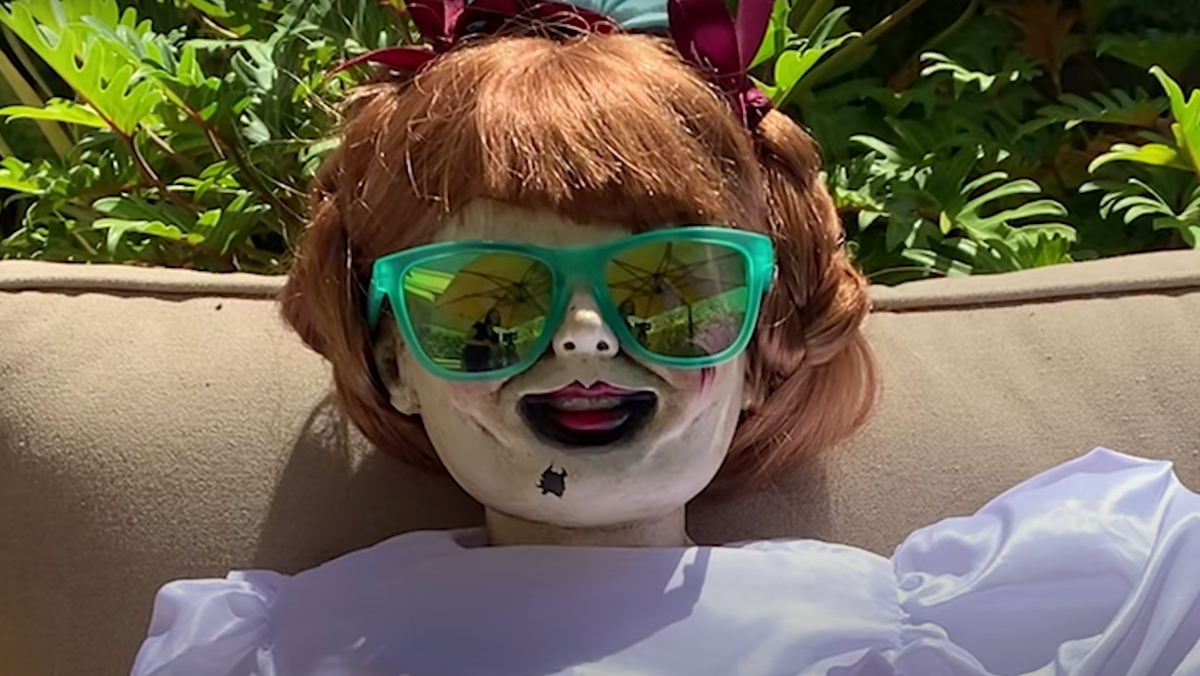 “To be continued” is how the video ends. I think New Line and James Wan should just make a whole movie in secret, and just release Annabelle Stays Home and release it digitally. We would all cheer for a surprise Conjuring installment we didn’t know we needed or wanted. Have Patrick Wilson and Vera Farmiga reprise their roles as the Warrens, and just do an exorcism via Zoom. Film it on the Warner Brothers lot, and maybe bring in other characters from legendary horror films from the studio’s past. Freddy, Pennywise, and Beetlejuice have got to be pretty bored right about now too, right?