THE CONJURING 3 in the Works with New Director - Nerdist

THE CONJURING 3 in the Works with New Director

It’s now official: Â The Conjuring 3 is on its way, according to The Hollywood Reporter, and replacing James Wan as director for this third installment isÂ Michael Chaves, who is coming off of horror movieÂ The Curse of La Llorona. James Wan will still be closely involved in the sequel as a producer.Â David Leslie Johnson, who worked onÂ Conjuring 2,Â is writing the script, which will give us another case file from the husband-and-wife paranormal investigators Ed and Lorraine Warren, with Patrick Wilson and Vera Farmiga returning to the roles.

The Conjuring films, both the actual “main” series and the spin-offs, have proved to be a huge cash cow for New Line, and arguably the most successful shared universe of films outside of Marvel Studios. With The Nun cleaning up at the box office, it’s no wonder that New Line is finally fast tracking another installment in the mainline Conjuring series. Interestingly, next year’s Annabelle 3 will also feature Patrick Wilson and Vera Farmiga as the Warrens, so in a way, it will be like we are getting two mainline Conjuring movies in a row. 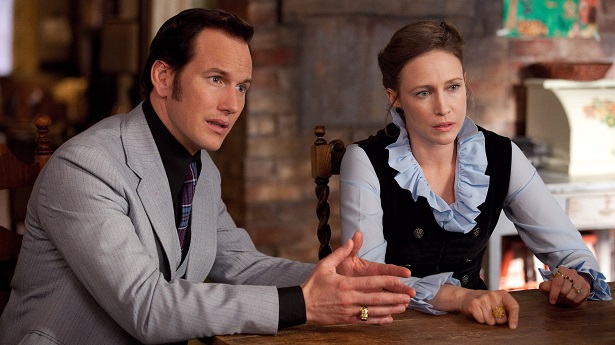 Not much is known about the plot for Conjuring 3 just yet however. Unlike the first two films in the series, James Wan has said he wants to move away from a haunting type scenario, and do something different. Rumors persist it might involve werewolves, but that has not been confirmed. James Wan has also said he wants to take the storyline for the third film out of the ’70s and into the ’80s, so less flared jeans, more Members Only jackets this time around. With filming probably slated for sometime next year, expect to see The Conjuring 3 sometime in 2020.Are you excited for a third chapter in The Conjuring series, or have the spin-offs got you over the whole thing already? Be sure to let us know down below in the comments.