Valentine’s Day can be a rough one for the dark-hearted. The treacly romanticism of the holiday works for some people, but leaves others cold.

A lot of folks use the holiday to catch up on sweet and saccharine movies, but there are options for the genre-inclined, as well. Horror lovers have plenty of fabled love stories to choose from, but fair warning: Not all of them end too optimistically.

If you’re not afraid of unhappy endings and would prefer to spend the holiday ruminating on the perils of fabled passion and fatal attraction, here are nine horror movies that are also great love stories. 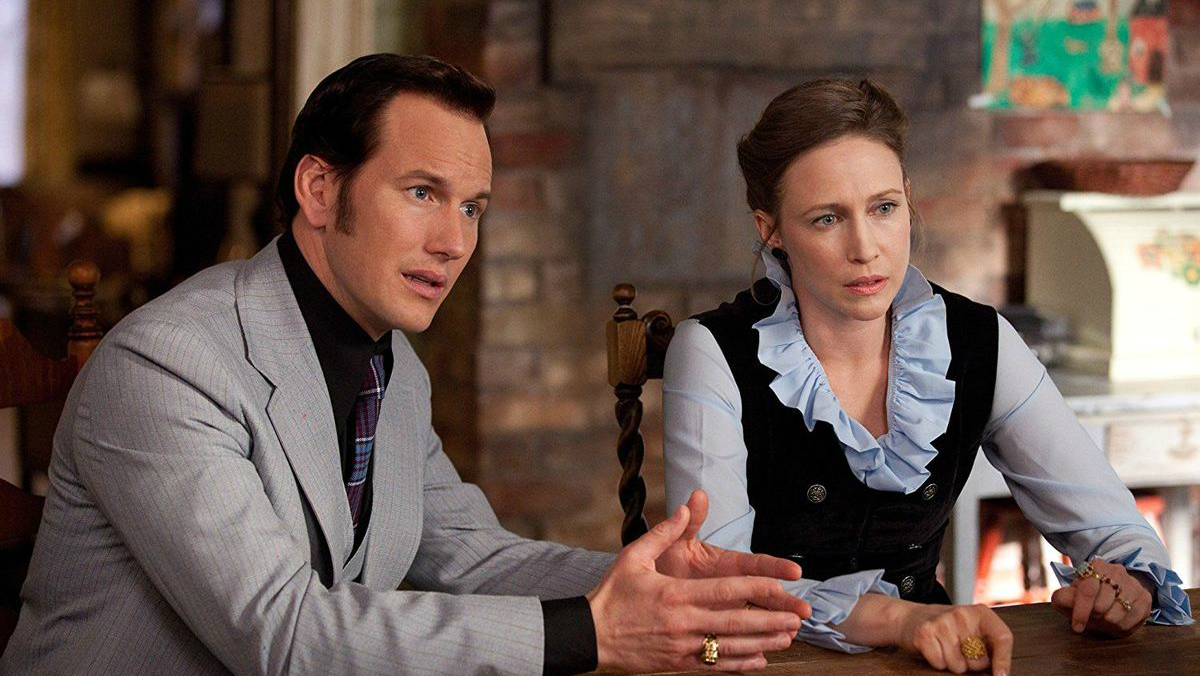 Both Conjuring flicks are big studio horror-fests, with ghosts and demons and terrifying nuns that love to leap out of dark corners and jump-scare you nearly to the point of heart attack. But at the center of all that ruckus is the tender love story of Ed and Lorraine Warren, played by Patrick Wilson and Vera Farmiga. The Warrens were real-life paranormal investigators (Ed passed away in 2006, and Lorraine is still alive), and The Conjuring films follow some of their most famous cases. Though the stories are sensationalized for the big screen, the love between the Warrens feels palpable and real, and their devotion for one another gets them through every threatening paranormal force. They’re as #couplegoals as it gets.

The 1986 remake of The Fly is one of the more gruesome entries on this list, and things end about as terribly as they possibly could. But before the yucky shenanigans get going, the romance between Jeff Goldblum’s Seth, a scientist working on a teleportation device, and Geena Davis’ Veronica, a journalist covering his new contraption, is outstanding. They fall for one another as intellectuals, but it’s not long before things go awry: Seth’s transformation into a giant man-fly is ghastly, and has serious ramifications on his relationship with Veronica. It may end badly, but the chemistry between the actors is legit, and for good reason—the two were married shortly after the film came out. 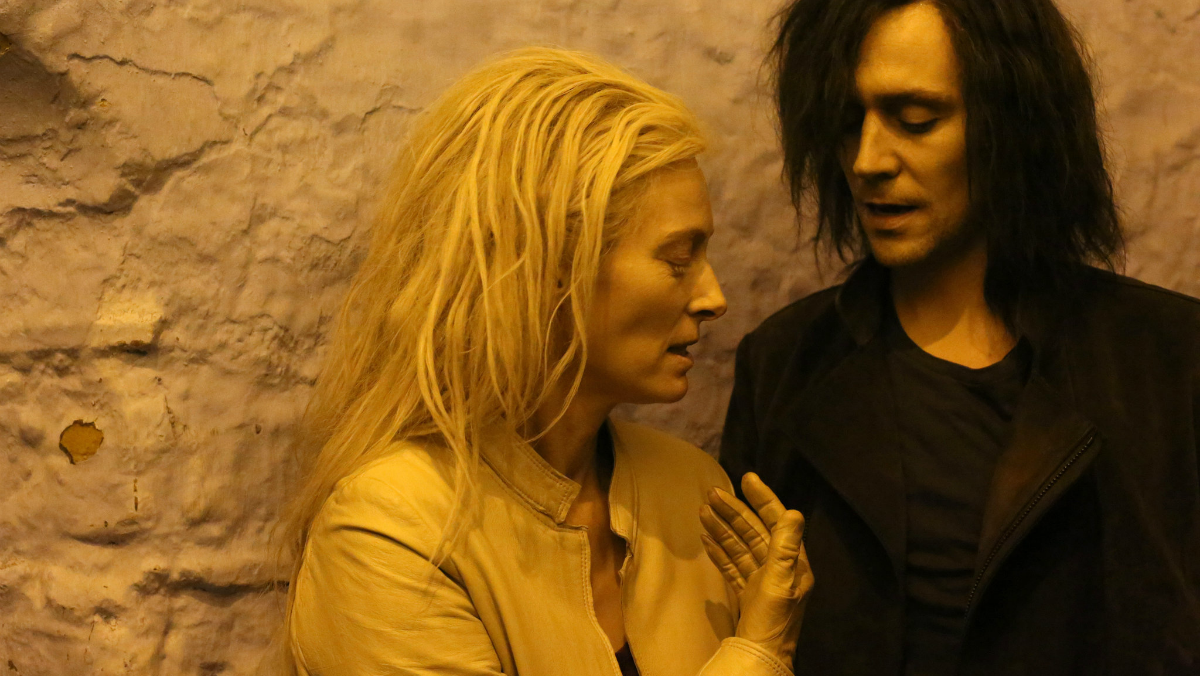 This Detroit-set vampire romance is more horror-adjacent than straight-up scary, but it’s still a spooky, erotic tale about two lovers separated by distance and depression. Tom Hiddleston plays Adam, who lives in a decrepit Detroit mansion, suicidal thanks to a perceived rotting of mankind. His wife, Eve (Tilda Swinton), worried about the husband she hasn’t seen in decades, leaves her home in Tangiers to come to his aid, hoping to sway him out of his sorrow. The plot in Only Lovers is thin, but the atmosphere is thick with music, beautiful costumes and set dressings, attitude, mood, a sense of lived-in familiarity. The love between Adam and Eve is as grand as that of their namesakes. These are two of the last vampires on Earth, who’ve shared countless lives together, all over the world. What’s more romantic than that?

Let the Right One In

The leads of this Swedish horror film are children, but because one of them is a vampire, and the other is a seriously disturbed young boy with a penchant for violence, there’s something tragic and eternal about their pairing. The relationship between Oskar (Kåre Hedebrant) and Eli (Lina Leandersson) is a juvenile romance by nature; she’s a centuries-old vampire trapped in the body of a young girl (or boy—the character’s true sex is ambiguous thanks to a brief flash of what appears to be a castrated penis) and Oskar is first drawn to her as an equal. But the truth comes out, and eventually their friendship leads to servitude, one that will permanently affect Oskar’s life and unite the two forever. It’s the stuff of gothic romance novels, made more devastating by their youth. 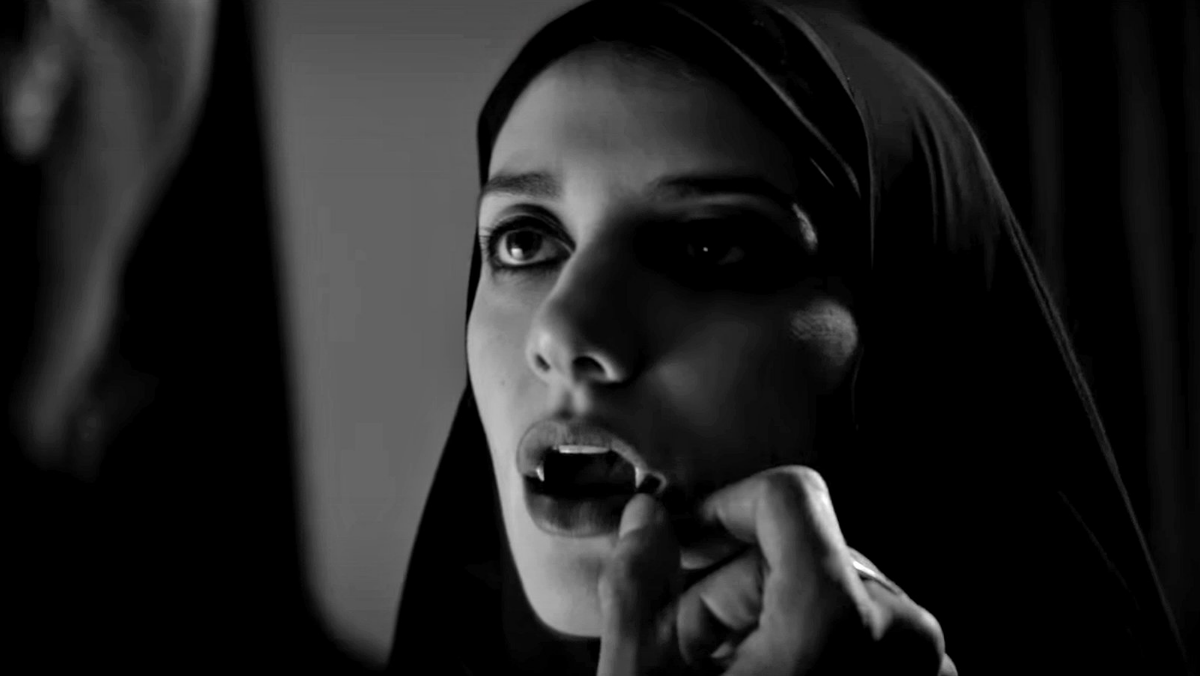 Ana Lily Amirpour’s Persian vampire film is shot entirely in black and white, and tells the strange love story between an Iranian man and a beautiful female vampire. The two are drawn together by a shared disassociation with the world around them and a love for music. Much of their mutual desire goes unspoken, and is instead guided by longing stares and shared emotions. Despite some late-story revelations that tie the mysterious vampire to the death of the man’s father, they make a go of it together. The film is a stylish, sexy story about being an outsider and finding yourself in the eyes of another… an “other” who just happens to be dead and bloodthirsty.

This 1973 horror masterpiece is known for its lengthy love-making scene between Julie Christie and Donald Sutherland, who play a married couple grieving the death of their young daughter. The scene is so steamy, it sparked rumors that it was unsimulated. The moment is ultimately a distraction from what is actually a very poignant and chilling portrait of a marriage through the lens of grief. Though the couple’s ending is tragic, their love burns strong throughout the madness that transpires. 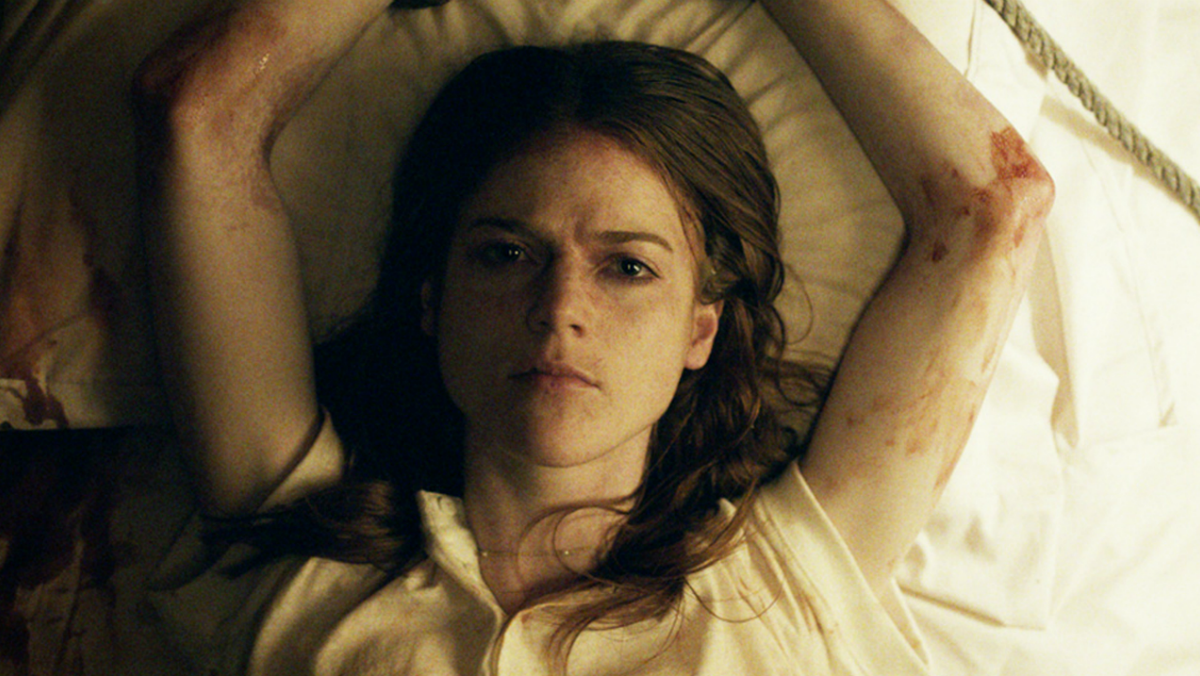 Game of Thrones‘ Rose Leslie and Penny Dreadful‘s Harry Treadaway play newlyweds spending their honeymoon in a remote cabin in the woods. Because this is a horror movie, you know right away that setting spells doom. Their passionate young love is tested when Leslie’s Bea has a mysterious encounter while sleepwalking outdoors one night. Afterwards, she acts strangely, forgetting words, acting detached, and eventually self-mutilating. Things don’t exactly wind up peachy keen, but in its terse 90 minutes, Honeymoon delivers one of the more compelling modern romances… before completely unfurling it.

Simone Simon stars as Irene, a Serbian woman who believes she’s descended from the cat people of her home village. At first, her marriage with marine engineer Oliver (Kent Smith) is mostly normal, and he deflects her suspicions, assuming it’s all in her head. But as Irene is drawn deeper and deeper into her own mystery, Oliver turns to his assistant Alice (Jane Randolph), and a dangerous love triangle emerges, one that eventually triggers the feline beast hidden in Irene. The film was a landmark in the horror genre, thanks less to big scares than to its proclivity for mood and atmosphere. The romance between the three leads is part of its magic (and its tragedy).