'Take On Me' Christmas Light Show Is a Dazzling Experience - Nerdist

‘Take On Me’ Christmas Light Show Is a Dazzling Experience

“Take On Me,” Norwegian synth-pop band A-ha’s breakout ’80s hit, has inspired countless people to take on imitative artistic projects. Including ones that’ll make you laugh as much as bob in your office chair. Now, for the holiday season, professional light-show installer Tom BetGeorge has created a Christmas display in celebration of the hugely popular song. And it is indeed both figuratively and literally lit.

Laughing Squid spotted BetGeorge’s new video, which he recently posted to his eponymous YouTube channel. This is, of course, only one of BetGeorge’s countless, stunning displays, which he’s synced to tons of legendary hits before. His “Enter Sandman” light show for this year’s Halloween, for example, was unbelievably rockin’. And what he’s done with Star Wars theme music is most impressive.

BetGeorge, who lives in Tracy, California, made this new light show as a free event for the local community. It’s also a fundraiser for a local family shelter. He also only activates the display for two hours a night on weekends in order to prevent traffic from building up. (Which makes sense, although would not be an issue if cities had 3D traffic grids.) 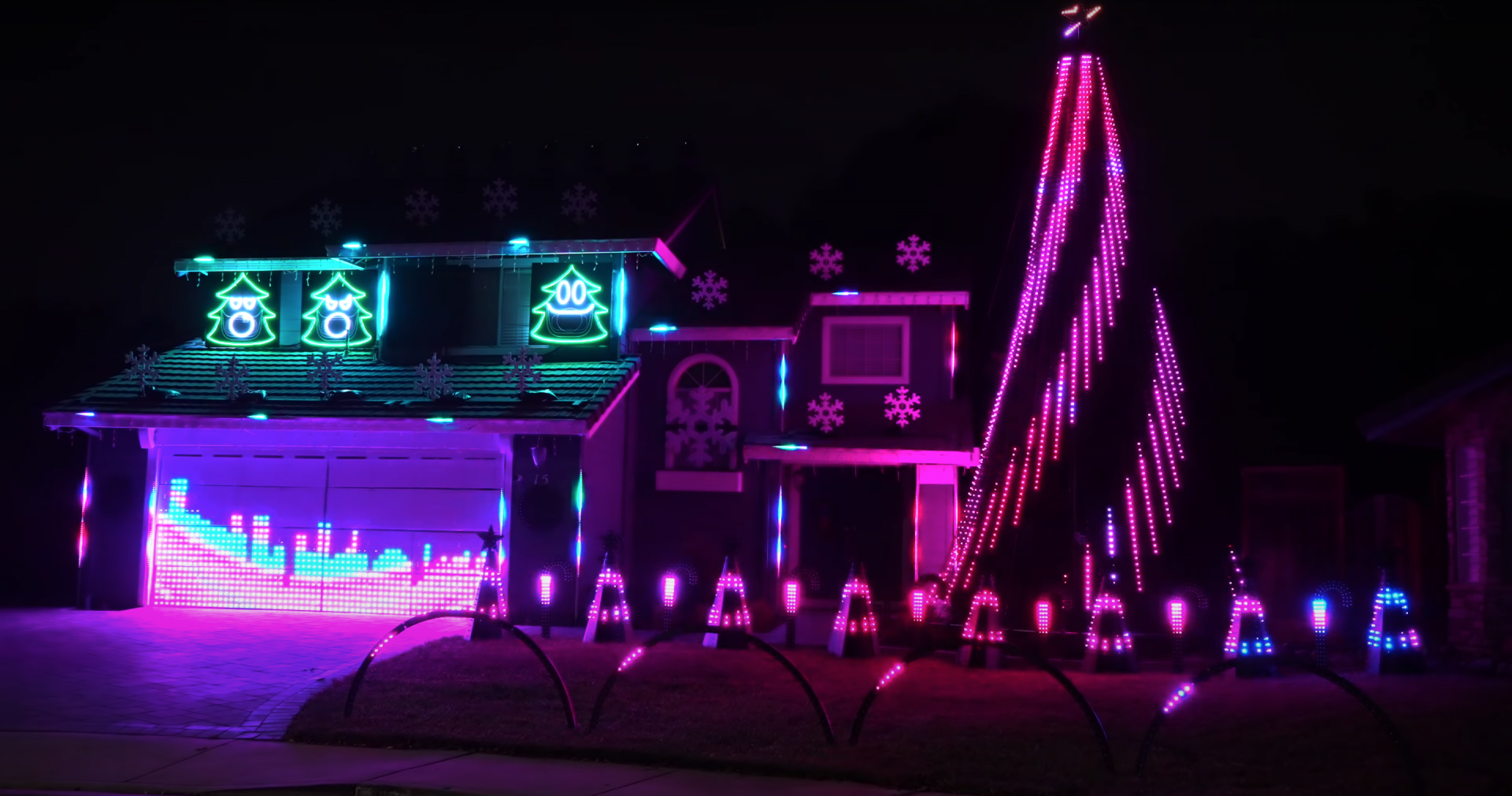 As for the show itself, we can only imagine A-ha, who toured as recently as 2019, would be proud. The festive sequence, synced perfectly to the song, consists of multicolor lights—in the shapes of snowflakes, singing Christmas trees, and a music-level indicator—that dance, burst, and twirl. The highlight, however, is definitely the singing Christmas trees’ little emoji-ish mouths.

For anyone now in the mood for more light-show magic, we highly recommend checking out BetGeorge’s channel. And for those who just want more Christmas-y things to binge, awakening your inner child with blasts from the past never gets old. Just like hit songs from the ’80s never do!

TAGGED: a-ha, Christmas, Take On Me