THE SIMPSONS' "Steamed Hams" Meets A-ha's "Take On Me" - Nerdist

THE SIMPSONS’ “Steamed Hams” Meets A-ha’s “Take On Me”

Any list of the greatest music videos ever has to include a-ha‘s classic “Take On Me.” And any list of the greatest memes in internet history has to include The Simpsons‘ “Steamed Hams.” Now the two have come together in one incredible fan-made video. They’ll be talking about this one in every Krusty Burger from Utica to Albany. It combines Springfield, pencil-sketch animation, and live-action footage into one unforgettable luncheon.

The YouTube channel bad puns has posted one of the best takes on “Steamed Hams” (which we first came across at Mashable) we’ve ever seen. That’s really saying something too, because we have seen a whole lot of good ones. From a great LEGO version to a fantastic remix of “Basket Case” by Green Day, the internet really cooks when riffing on Principal Skinner’s error prone meal with Superintendent Chalmers.

In this version Skinner replaces Bunty Bailey from a-ha’s original video. Morten Harket then takes Springfield’s most anxious educator on a wild ride through a pencil-drawn world. We’re not sure what’s worse though: when Aurora Borealis breaks out in your kitchen at this time of day, in this part of the country, or when two pencil-neck goons shase you through another dimension. 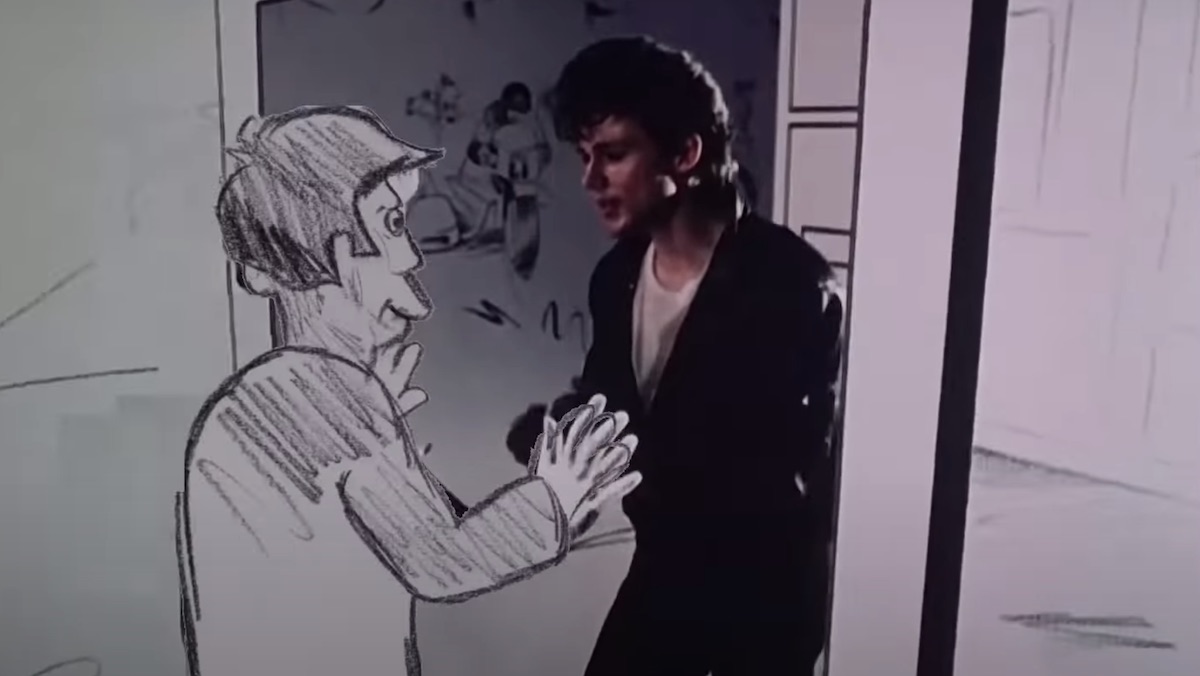 The two artists who drew the illustrations of Skinner used charcoal pencils on regular 8.5×11 copy paper. After the images scanned they were then edited with Gimp. And everything was put together and rendered with Kdenlive.

The end result is genuinely fantastic. And like any good tribute, this makes us want to watch the original video. There’s a good reason it’s an all-timer.

These fan edits also remind us about the brilliance of Seymour Skinner. He doesn’t just know how to steam a ham. He knows how to foster an unforgettable meme everyone wants to take on.

TAGGED: a-ha, The Simpsons, Take On Me, steamed hams