Dungeons & Dragons is more popular than ever. Many point to the success of Stranger Things as having a hand in it. At the heart of the Netflix series is a group of friends who play the world’s greatest role-playing game together. But have the stars themselves ever sat down together to roll the dice? They will now—with one of the best Dungeon Masters in the world at the helm. You can watch them play a holiday themed Dungeons & Dragons adventure now.

Take a seat at the virtual table with David Harbour, some of the young stars of Stranger Things, and Dungeon Master Chris Perkins. They’re gathering on the Stranger Things YouTube channel for a high-energy game of Dungeons & Dragons you won’t see anywhere else. Get ready for Lost Odyssey: Toy Time for Ten-Towns. 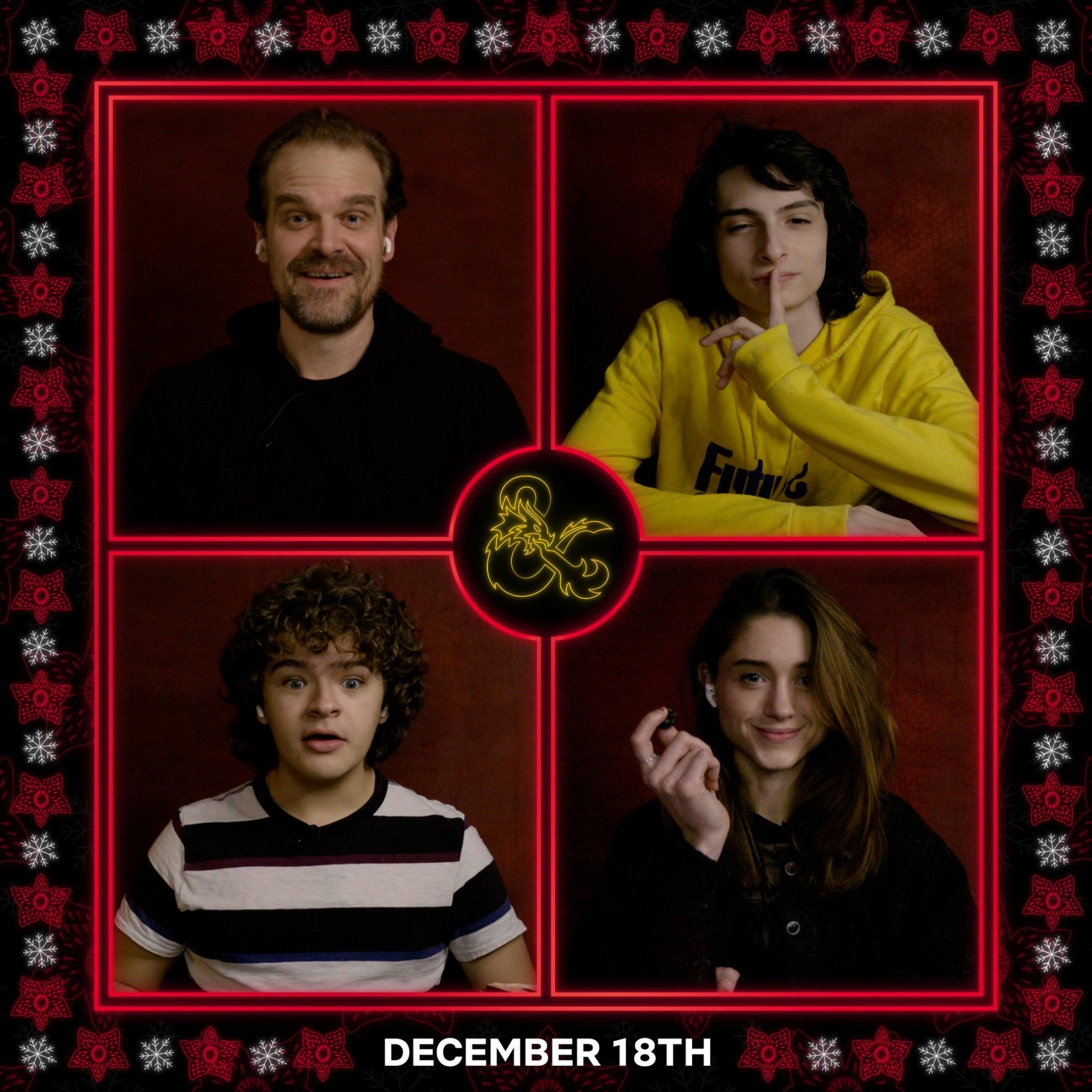 David Harbour (Jim Hopper), Finn Wolfhard (Mike Wheeler), Gaten Matarazzo (Dustin Henderson), and Natalia Dyer (Nancy Wheeler) join Wizard of the Coast’s Principal Story Designer Chris Perkins to roll some dice. The adventure takes our heroes to the frozen north of Icewind Dale, setting of the recently released Rime of the Frostmaiden. There will, of course, be role-playing, shenanigans, and maybe a monster or two. The Stranger Things cast members take their original characters on an adventure to Ten-Towns. It’s time to save Christmas.

The next season of Stranger Things, which recently added Robert Englund to the cast, will reveal the fate of Jim Hopper and our D&D-playing heroes. (They’ve joined the Hawkins High School Dungeons & Dragons Club, Netflix teased on Twitter recently.) We might not get any hints about their characters’ fates during this D&D game, but we can’t wait to see the foes they’ll be facing in this holiday-themed adventure.