Steve from BLUE'S CLUES Gives Us All Hugs on Colbert - Nerdist

The internet is tearing up over a touching video message delivered by Steve Burns, the original host of Blue’s Clues. At least, its millennials are. Though Steve ghosted us all suddenly many years ago, he came back to make things right.

So about that time Steve went off to college… #BluesClues25 pic.twitter.com/O8NOM2eRjy

Here’s some of what Steve had to say to those of us he so suddenly left behind:

You remember how, when we were younger, we used to run around and hang out with Blue and find clues and talk to Mr. Salt and freak out about the mail and do all the fun stuff? And then one day, I was like, ‘Oh hey, guess what? Big news. I’m leaving!’… Can we just talk about that? Because I realize that was kind of abrupt… I mean, we started out with clues, and now, it’s what? Student loans, and jobs, and families?…I guess I just wanted to say that after all these years, I never forgot you. Ever. And I’m super glad we’re still friends.

Millennials would really respond to the tone of this message because they love being reminded about the hardship of life and their own mortality. But wisely, Steve concludes with a compliment, which millennials also love. “You look great, by the way.” He notes to all of us, “Whatever it is you’re doing is working.”

But if this weren’t enough, recently, Blues Clues’ Steve visited The Late Show with Stephen Colbert to deliver the final blow to our emotional state.

Though Colbert maintains the video didn’t touch him, the look he gives Steve when he walks onto these is completely relatable. And the one thing missing from Steve’s original message? Hugs. For us, virtual hugs. But we feel them. 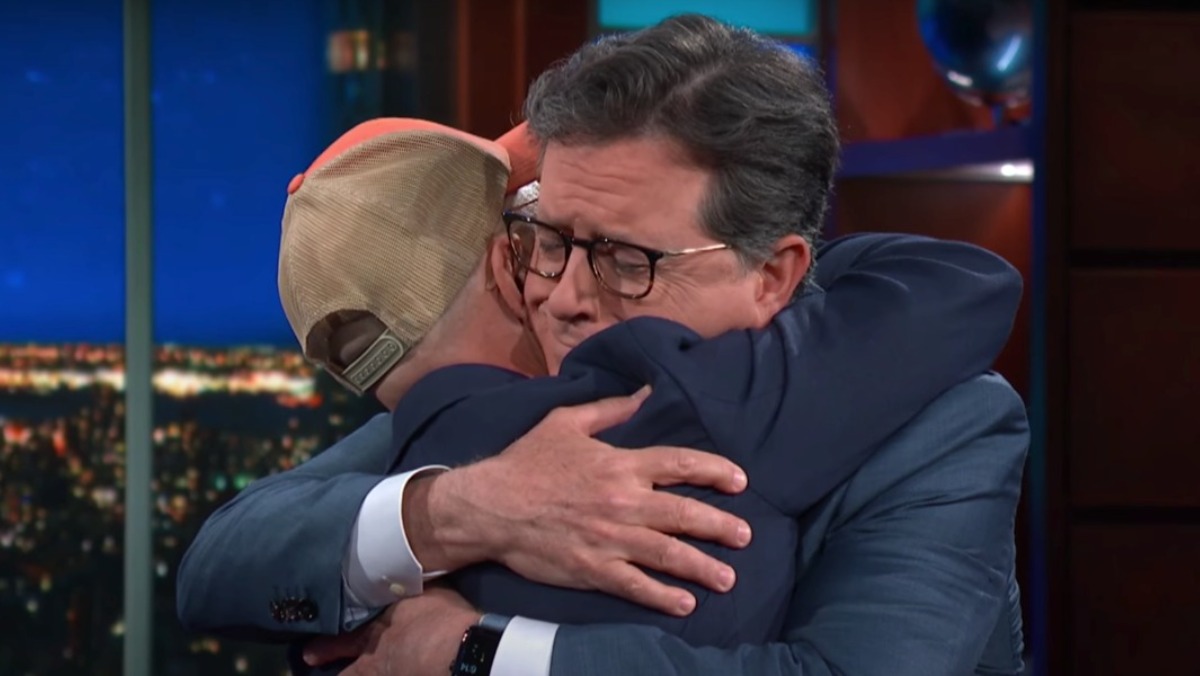 The Late Show with Stephen Colbert

And, of course, that iconic blue pawprint. A clue! A clue! Colbert pulls one out, and we’re back in front of the TV in 1996. Steve pulls out his Steve-voice, and one less thing is wrong in the universe.