Do you ever look at a dog and think: oh my gosh I need to squeeze you right now and give you a home forever? There are a few anatomical reasons for that kind of intrinsic response. But one of the biggest is the way our canine companions’ eye muscles have evolved over time. Specifically, according to one study from researchers in the UK, the way dogs’ eye muscles have evolved allows them to raise their inner eyebrows. This adaptation is responsible for those world-famous “puppy dog” eyes.

The Good News Network picked up on the study. A team of researchers published in the journal Proceedings of the National Academy of Sciences. The researchers published their study in 2019, although how dogs have managed to grow so freakin’ adorable is still, apparently, a serious scientific pursuit. But why are dogs so cute? 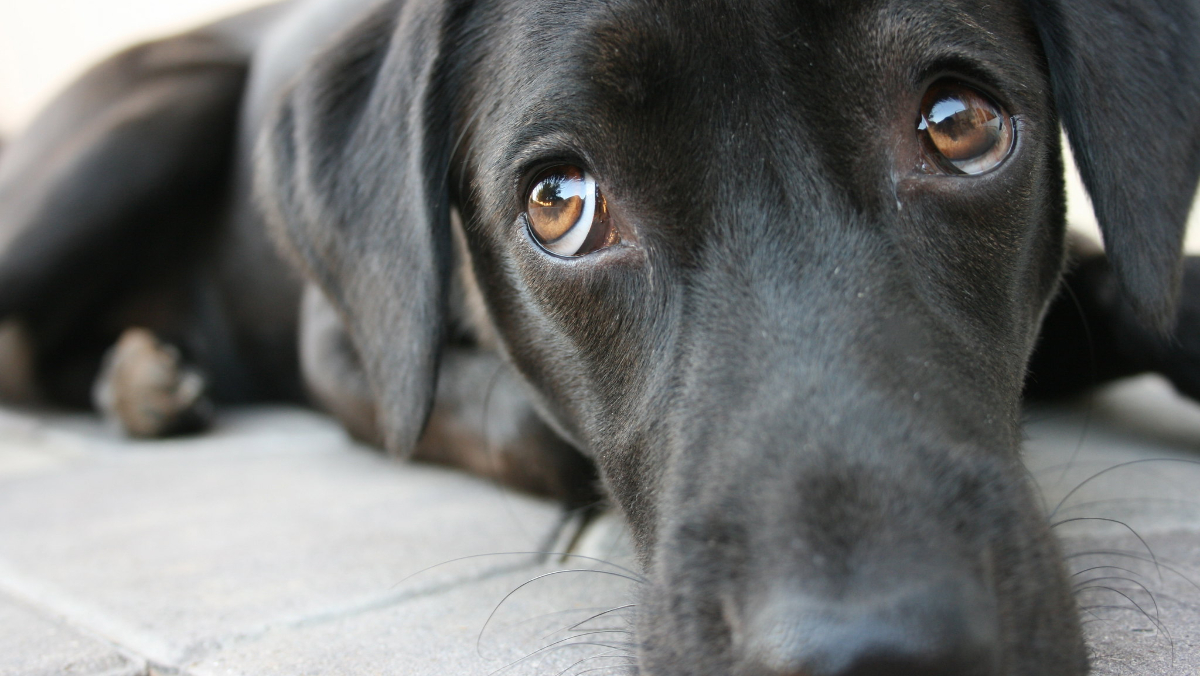 In the study, the researchers performed “the first detailed analysis” comparing the anatomy and behavior of dogs and wolves. Upon inspection, they found that dogs’ and wolves’ facial musculature is indeed quite similar… Except for above the eyes. There, our domesticated friends have evolved a small muscle to raise their inner eyebrows intensely. (E.g. the labrador in the picture immediately above.)

“The evidence is compelling that dogs developed a muscle to raise the inner eyebrow after they were domesticated from wolves,” Dr. Juliane Kaminski, a comparative psychologist at the University of Portsmouth and lead author of the study, said in a statement. Kaminski also noted that when her team studied dogs and wolves around humans, their facial behavior was different. Under these circumstances, dogs raised their inner eyebrows more frequently and with more intensity versus the wolves.

Kaminski and her colleagues say that these “expressive” eyebrows are likely the result of humans’ unconscious preferences. In short, we have continuously selected for the “cutest” dogs over many generations. Whichever wolves showed us the best puppy dog eyes, we kept breeding. Incidentally dogs, of course, continue to evolve. And there’s nothing to say that, like Snuffles from Rick and Morty, they won’t figure out a way to use their cuteness against us.