Calling someone a beloved, legendary musician would be more than enough praise for most people. But not for Dolly Parton. The country music star is one of the most generous, kind, and loving celebrities ever. The stories about how she has used her fame and fortune to help others is why she’s on our short list for best human being on the planet. Everything about her exudes warmth. So we can more than understand why Stephen Colbert teared up when she gave an impromptu performance. Because if Dolly Parton sang her mother’s old song for us we’d cry too.

Dolly Parton was a virtual guest on The Late Show (which we first heard about at Digg). She was promoting her new book, Dolly Parton, Songteller: My Life in Lyrics. The country music star explained the unique title and her history as a songwriter who tells stories, both her own and others, through her music. That led her to talking about how her mother used to sing to her when she was little. Many of those songs were sad, including the one she unexpectedly sang for Colbert, “Bury Me Beneath the Willow.” It’s a melancholy tale about a woman who took her life after she was stood up at the altar.

The moment proved to be a little too much for Colbert, but in the best way. Parton brought him to tears with her impromptu performance. It’s not hard to understand why. Between the song’s tragic story, the history of her mom singing it to her, and just hearing Dolly Parton sing for you is a lot of emotion packed into one song. Especially when, as Colbert said “like a lot of Americans” he’s “under a lot of stress right now.” 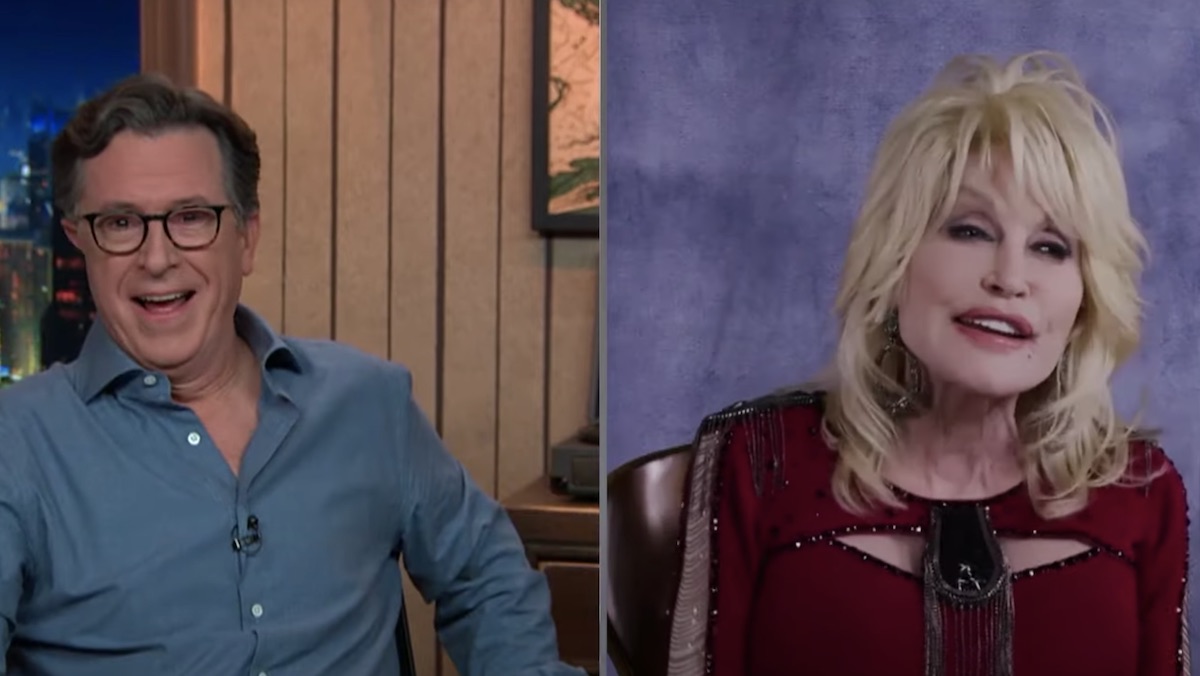 And that’s why this whole exchange hit our own trip wire, too. Seeing Dolly Parton, one of of our favorites, move someone to tears, at a time when we could all use a good cry, is enough to make anyone emotional.