Anakin and Ahsoka's Last Interaction Is a Gift - Nerdist

Anakin and Ahsoka’s Last Interaction Is a Gift

Anakin Skywalker learned he had a new Padawan when Ahsoka Tano showed up during the Battle of Christophsis. He wasn’t thrilled to meet her. He probably cursed Yoda in his head. But Ahsoka won him over with her determination, her resilience, and her willingness to be, like Anakin, a little unconventional.

We watched their master and Padawan relationship turn into a friendship with mutual respect in Star Wars: The Clone Wars. And then our hearts broke when we saw them face each other in battle in Star Wars Rebels—after Anakin became Darth Vader. With The Clone Wars wrapping up, we had the opportunity to revisit Anakin and Ahsoka before Order 66. Before the galaxy turned upside down.

“Old Friends Not Forgotten” reunited Anakin with his former Padawan for the first time after Ahsoka walked away from the Jedi Order. Unsettled by the Order’s role in the war and in the Republic’s political landscape, Ahsoka chose to find her own way. Anakin understood her decision, but he felt sad about it too. His brotherly affection towards her is apparent when he sees her again and immediately asks with concern in his eyes, “Are you okay?”

Anakin missed her. He missed his apprentice, his friend, his sibling. Anakin’s attachments contribute to his eventual fall to the dark side, but with Ahsoka, it’s not desperate or possessive. He let go of Ahsoka. He’s unquestionably thrilled to see her again—it’s all over his face—but he let go when she left the Jedi life. He lets go again when he needs to rush to Coruscant to stop General Grievous and she sets course for Mandalore to capture Darth Maul. Neither of them knew it would be their final time seeing each other. How could they? 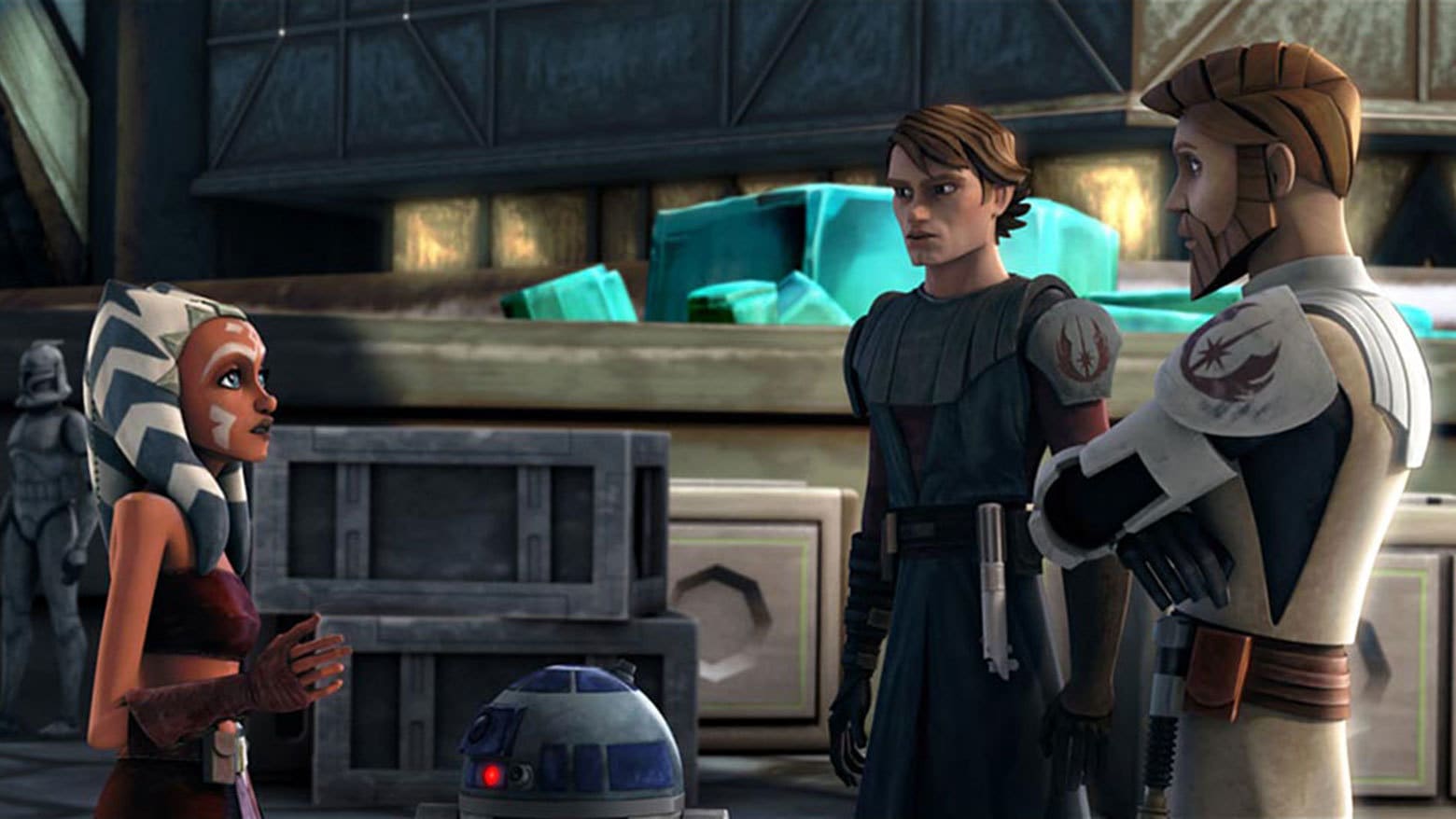 It’s a poignant moment for the viewer. We know their path—what’s behind them and what’s still to come. It’s heartbreaking. Much about Anakin and Ahsoka’s friendship is, like with any ultimately doomed relationship. But it’s also beautiful. Anakin identified Ahsoka’s reckless nature early on. Maybe it was like calling to like. Though he didn’t ask to have a Padawan, he took his role as teacher seriously. He gave Ahsoka advice when she made a battle plan that killed clone troopers. Anakin never gave up on her—not when rubble trapped her on Geonosis or when Trandoshans kidnapped her. Though Obi-Wan did his best with Anakin, I believe Anakin tried to be the kind of master he would have wanted.

Ahsoka looked up to Anakin like he was a brother. She still thinks of Anakin that way, as shown when Ahsoka mentions to Trace Martez in this new season that she learned her slick combat skills from her “older brother.” Ahsoka fought by Anakin’s side in many battles, saving his life more than once. She picked up on how to creatively execute the Jedi Council’s missives in Anakin’s style. In fact, Anakin’s teachings likely contributed to Ahsoka being brave enough to pause, consider the Jedi Order’s place in the galaxy, and then leave.

Disney canceled The Clone Wars just after Ahsoka walked away. We didn’t see the character again until Star Wars Rebels, almost a couple decades ahead in the Star Wars timeline. Learning she survived Order 66 was a joyful revelation. Soon after fans celebrated #AhsokaLives, hashtag and all, we thought about the inevitable, emotional confrontation with Darth Vader on the horizon. Ahsoka knew Anakin was under the intimidating mask, and while she felt anger and betrayal at first, she remembered who he was and what he was to her. She promised, “I won’t leave you. Not this time.”

Skyguy and Snips grew up. They chose different, irreconcilable paths. We know what happens when the former Jedi Master and Padawan meet again nearly 20 years in the future as Darth Vader, Sith Lord and Ahsoka Tano, Rebel agent. That’s why getting to see them as friends and cohorts again in “Old Friends Not Forgotten” was a gift—a gift I’m not taking for granted.