There’s something about LEGO—the building blocks that are officially for adults as well as kids—that never fails to draw out the ingenuity in people. On a grand scale too, as is the case with YouTuber Solid Brix Studios’ new 100,000-piece LEGO Star Wars diorama. And not only is it utterly jumbo-gantic, but also took its creator only 30 days to build.

Solid Brix—a.k.a. David Hall—recently posted the above video to his YouTube channel. The video features a time-lapse look at Hall as he assembles the monster LEGO diorama, which aims to capture the essence of Daro from Star Wars: The Bad Batch. For those unfamiliar, Daro is a forested rocky planet in the Outer Rim Territories. 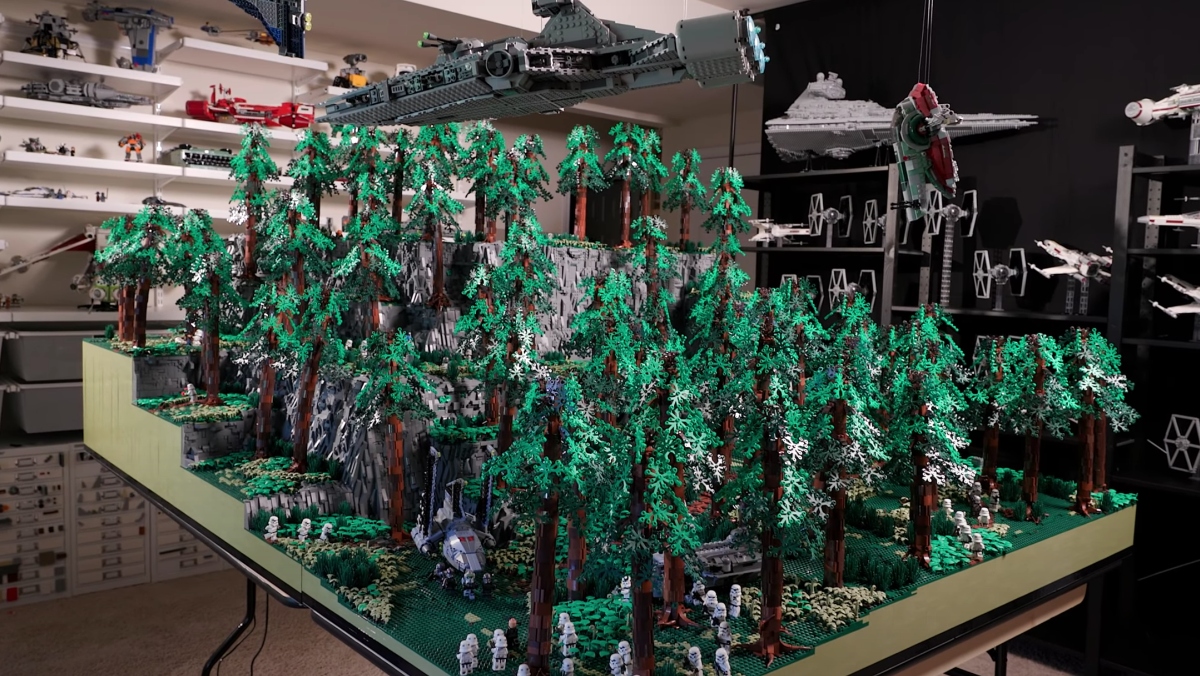 Although the six-minute time-lapse feels brief, it’s easy to imagine how difficult the task was for Hall. The massive diorama measures six feet in length and looks like it’s almost nearly as wide. Its 100,000 pieces put in league with the largest MOC (my own creation) scenes we’ve seen, including other large Star Wars ones. For reference, LEGO’s second largest retail set, the Titanic, includes a little more than 9,000 pieces. 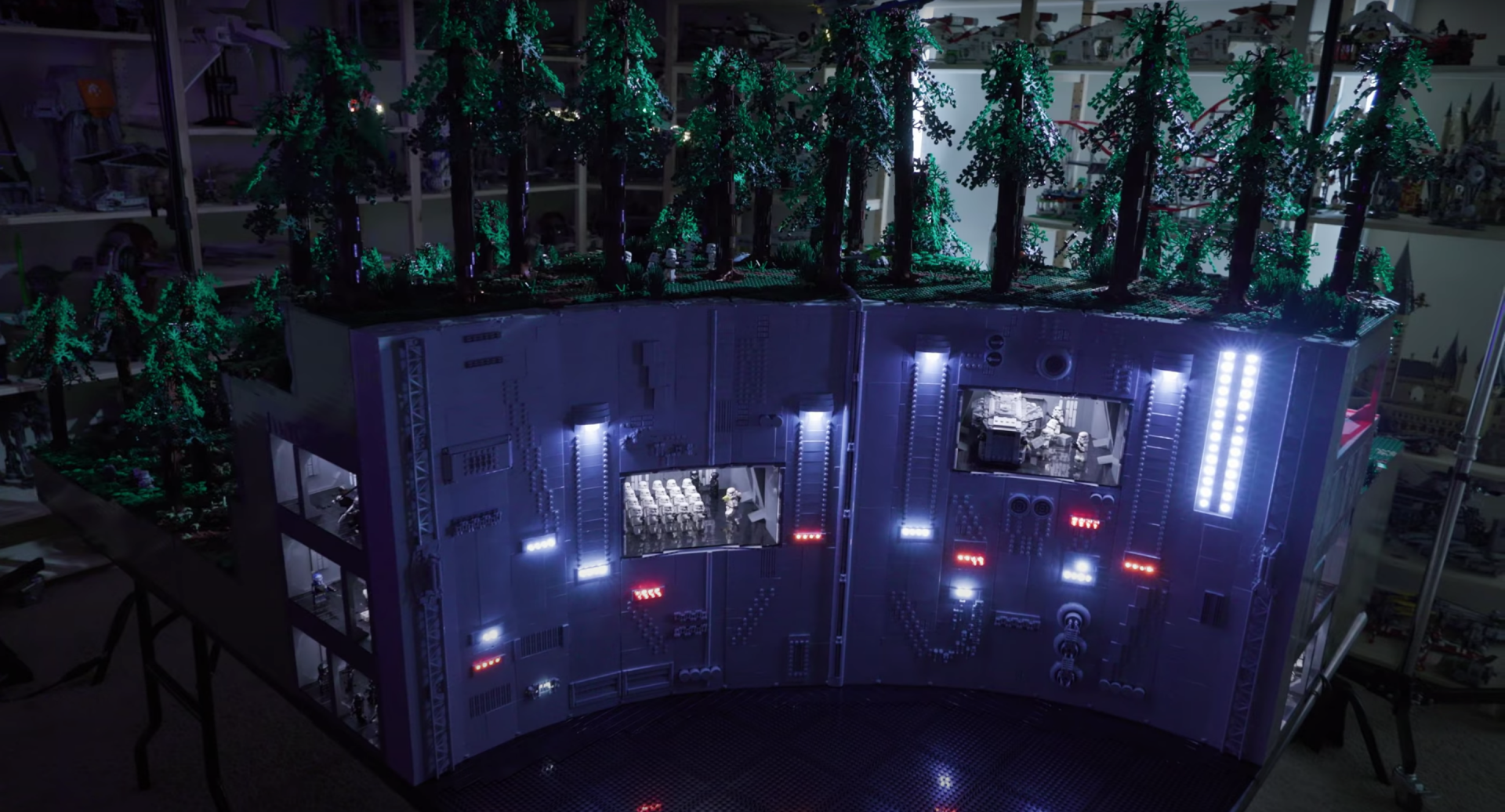 It’s hard to know where to begin in describing Hall’s Bad Batch MOC as every facet of it is essentially impeccable. Dozens of trees with bark, roots, branches, and leaves abound, and the greebling on the rock faces is simply chef’s kiss. Really though, imagine the sense of satisfaction one gets from making such “realistic” geological features. 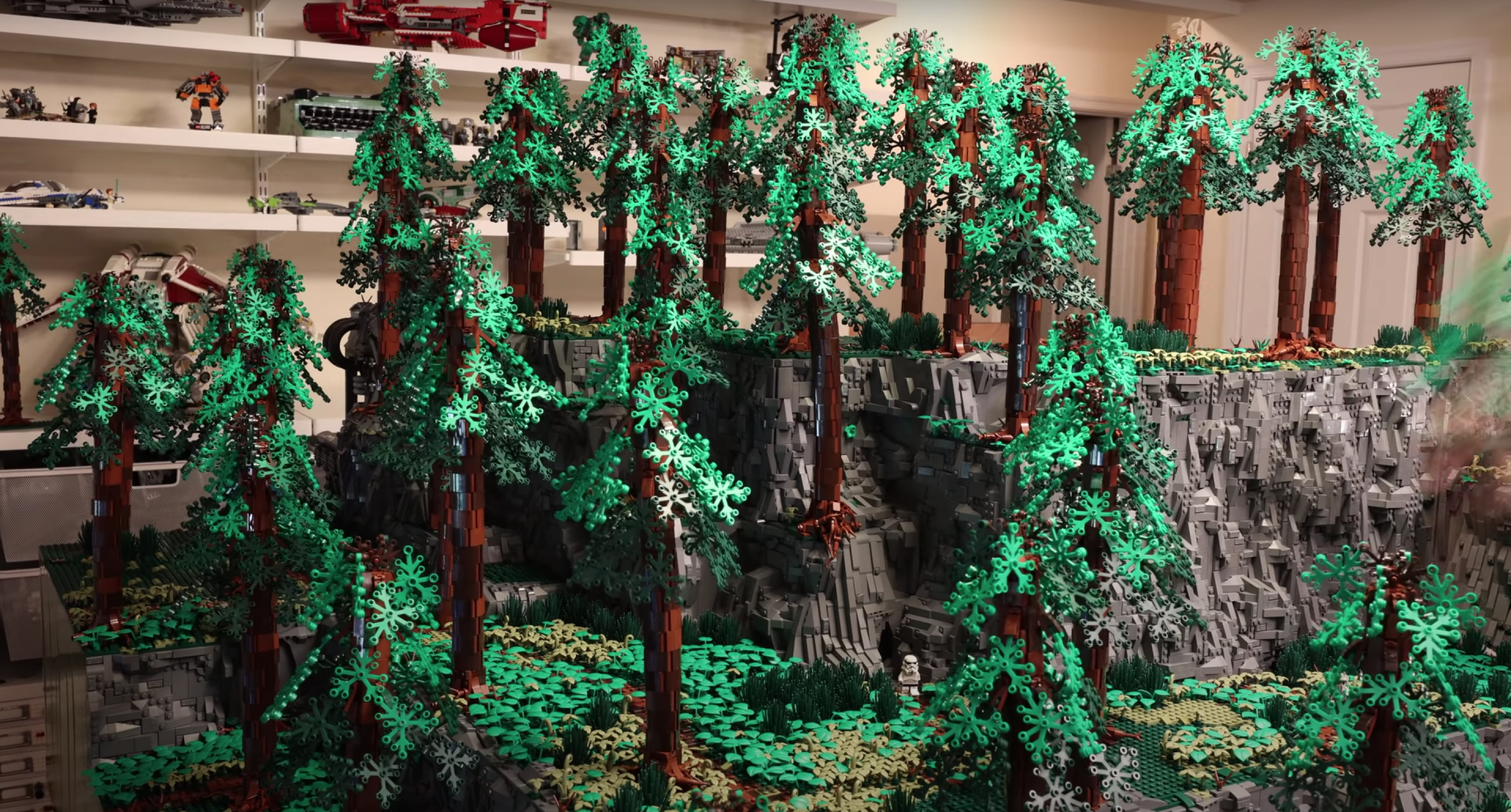 Along with the natural features, Hall’s MOC also has a hidden, underground stormtrooper lair. And not only does it contrast with the nature scene above it in a perfectly Star Wars kind of way, but it also lights up in the dark. Along with the ships that hang above the huge diorama. Speaking of which, LEGO and The Mandalorian mix just as well as LEGO and The Bad Batch.