When Emperor Palpatine issued Order 66, clone troopers who had served under and alongside Jedi for years turned against them. If you watched Star Wars: The Clone Wars, seeing the clones betray the Jedi and themselves breaks your heart. Those clones became our friends, and now we see them at the whim of an inhibitor chip planted by Palpatine and the Kaminoans. And the new animated series The Bad Batch is giving us a look at what happens next for clone troopers who have gone from serving the Republic to the Galactic Empire. The newest episode, “Replacements,” specifically shows a pivotal moment in Star Wars history.

The series thus far has included fascinating facets aplenty, from seeing how the Empire started instilling citizen-tracking chain codes early on to how the Kaminoans are willing to further tinker with the inhibitor chips to manipulate clones. We expected The Bad Batch to get into the Empire transitioning its army from clone troopers to stormtroopers, but I didn’t see it coming so soon. But now, an ambitious Imperial sort called Rampart—who was responsible for implementing the chain code tracking idea—brought a new idea to Admiral Tarkin: Project War-Mantle. 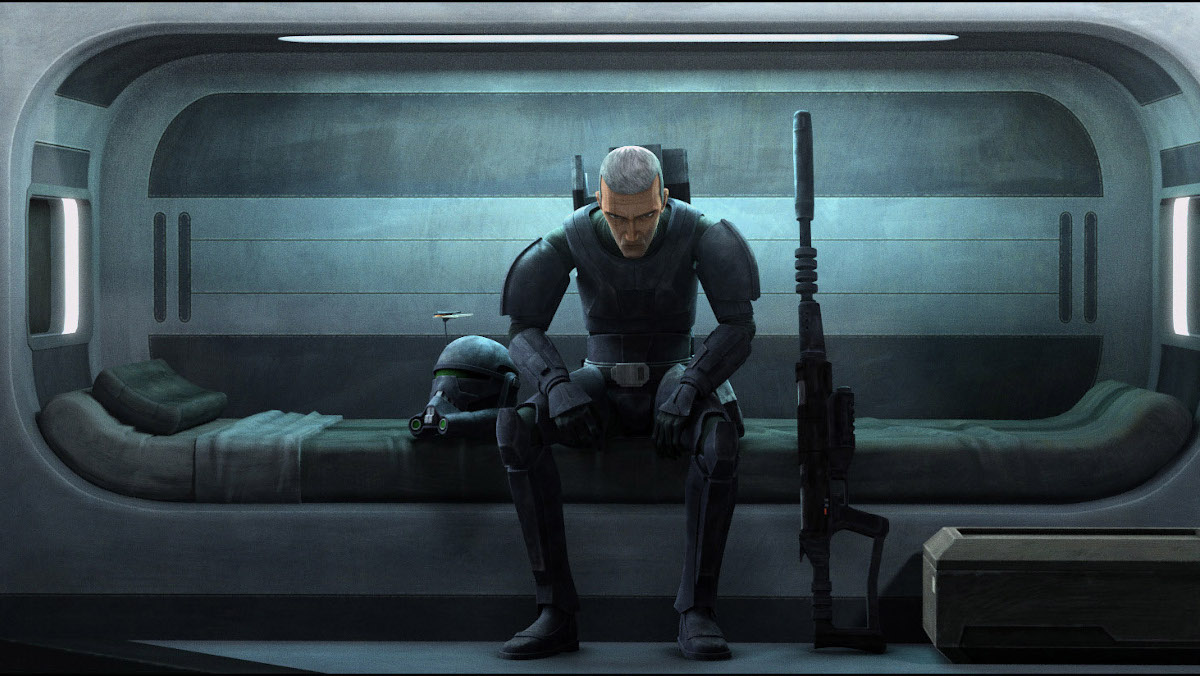 The project is one of the Tarkin Initiative projects Jyn Erso discovered in the Citadel Tower on Scarif in Rogue One. And now we know that Project War-Mantle refers to the Empire bringing in conscripted soldiers to replace clones. Rampart gathered four top soldiers from across the galaxy to form the Elite Squad. He brought them to Kamino in order to have a skilled clone trooper train them. Tarkin appoints Crosshair, the wayward member of the Bad Batch who the Kaminoans are controlling with a modified inhibitor chip, to lead the group. They decide the ultimate test is to send the Elite Squad on a mission that other clones failed to accomplish.

The eventual stormtrooper army started with these four soldiers. The first non-clone Imperial soldiers. And while we didn’t get to spend a ton of personal time with these soldiers, we got insight into a couple thoughts. One soldier expressed confusion about why they’re present because the war has ended. Another stated they get paid, fed, and get a roof over their head—and that it’s more than the Republic ever did for them. Preying upon the latter sentiment is how the Empire flourishes. They can use those kind of negative thoughts towards the Republic and mold them into unwavering loyalty.

The Empire thrives when it has control. And as it stands, the Kaminoans have control because they made the soldiers. If the Empire can swell its ranks with conscripted troopers loyal to the organization and its ideology, why wouldn’t they? Plus, as Tarkin pointed out, the clone program is prohibitively expensive. Even for an Empire with resources.

Rampart’s test proved successful. And chilling. Crosshair led the Elite Squad to eliminate Saw Gerrera and his group of soldiers on Onderon. Tarkin had previously sent Clone Force 99, a.k.a. the Bad Batch, on that mission, but our very good clones saw that Gerrera’s group were not soldiers fighting the Empire as Tarkin claimed. They were citizens merely trying to get innocent civilians out of a dangerous situation on Onderon. Clone Force 99 left the planet without harming or apprehending Saw.

But the freshly reprogrammed Crosshair had no such qualms. He went in, blasters blazing. And when the civilians said they didn’t know Saw’s location, Crosshair killed them. He ordered the Elite Squad soldiers to do the same. They protested—at first. One spoke up, saying they were soldiers and not executioners. So Crosshair killed that soldier. Under Crosshair’s threat, the soldiers followed orders and murdered innocents. The act screamed unnecessary brutality, and from what we know of the Empire, it’s only the beginning of a cruel regime.

Tarkin promoted Rampart to the rank of Admiral for his “success.” They observed how the soldiers listened to Crosshair when his clone brethren did not. These four, now three, conscripted soldiers set the bar for the Imperial stormtroopers we know from the original trilogy. 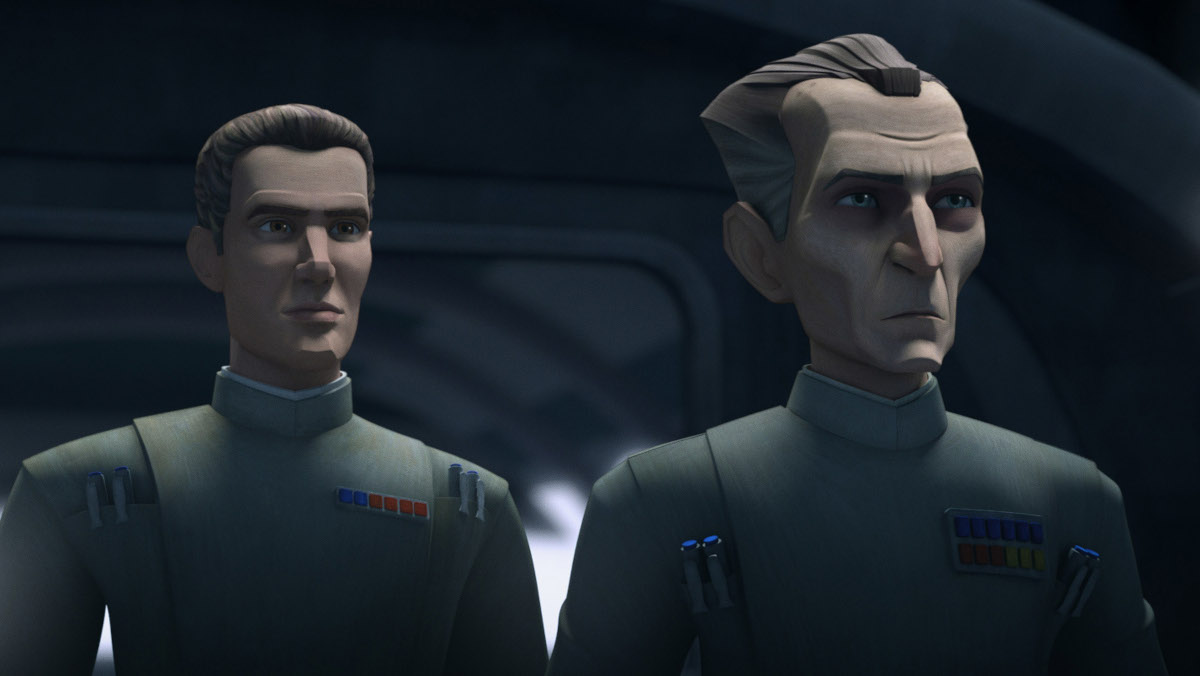 And now, the Kaminoans are sweating. I expect nothing less from Tarkin, but wow, the audacity to talk about eliminating the clones while standing in the actual Kaminoan facility that made them. And while in the same room as Lama Su, a Kaminoan leader! The Kaminoans know their scientists must come up with something exceptional to retain the Empire’s business. Nala Se pointed out the original Jango Fett material used for the clones continues to degrade. We learn she’s working on something experimental to create stronger clones, but that she requires special material—material from a member of Clone Force 99. And with Crosshair still present on Kamino, he’s the only source.

That’s a whole other gut-wrenching path The Bad Batch explores. They’ve strengthened Crosshair’s chip to affect his behavior. He can’t help what he’s doing. And he seems to be somewhat aware both that he’s acting horribly and that he can’t control his actions. It’s yet another example of the Empire’s cruelty.