“Go big or go home” they say. But with LEGO‘s newest set you can go big at home—real big. The biggest ever, in fact. The company has announced its largest buildable collectible ever. And it’s only fitting it’s a whopper. Because you can now set sail with a highly-detailed, 1:200 scale model of the world’s most famous cruise liner, thanks to LEGO’s Titanic.

The ill-fated ship that has long captivated the public’s consciousness is ready to dock in your home. You’ll need to find a big room for it, though. Measuring over 53-inches long, this replica LEGO Titanic comes in at over 4-feet 4-inches. Making it LEGO’s biggest set ever by length. And it stands 18-inches tall by 7-inches wide.

It’s also the company’s second-biggest set in terms of total pieces, coming in at 9,090 total. That’s more than LEGO’s mammoth 9,036-piece Colosseum. And just behind the company’s expansive World Map which includes 11,695 pieces. 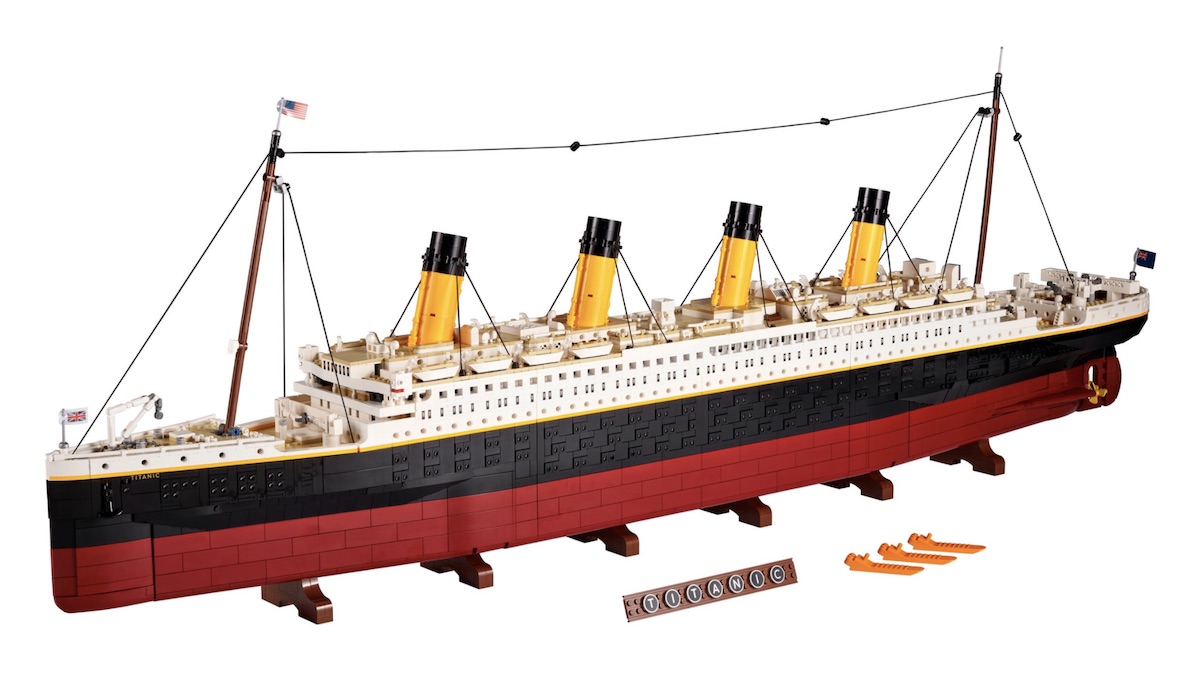 With all that space and all those bricks, LEGO was able to jam pack its replica Titanic with features fans of the doomed liner will recognize. The set’s “faithfully recreated features” includes Titanic‘s signature bridge, promenade, and swimming pool. You can also “raise the anchor and adjust tension line between masts,” as though she’ll set sail when all LEGO icebergs have melted. But the impressive exterior is just half the fun with this gigantic collectible.

The LEGO ship divides into three sections “to showcase the impressive interiors” contained within. You’ll be able to see the liner’s iconic grand staircase, its boiler room, smoking lounge, and more. You can even turn the boat’s propellers and watch as the piston engines turn inside. And the set comes with a stand and nameplate. (Like anyone will be unaware of what this set is supposed to be.

No surprise that this LEGO Titanic comes with a gigantic price. You can take yours home for $629.99 when it docks in stores November 8. So go to the bank if you want to go big at home.