Few movies have been more exhaustively documented, deconstructed and explored than the original Star Wars and its 1980s sequels. From the mythology to the moviemaking, it feels like there is no unturned stone in the development, design, execution or analysis of Star Wars, The Empire Strikes Back and Return of the Jedi, thanks both to audiencesâ€™ continued fascination with George Lucasâ€™ iconic creation and its incalculable impact on the medium itself. And as a person who has diverted no small amount of time, enthusiasm and money to finding books, movies and memorabilia from and about the franchise, I was convinced there was nothing left to learn.The Star Wars Archives: 1977-1983 proved me wrong.At 604 pages, Taschenâ€™s new coffee table book offers an unprecedented look at the production of all three films, from concept to completion, in extraordinary detail. Each page features images from set, on location, and behind the scenes, paired with comments and insights from more members of the filmmaking team than have likely ever been assembled before. We have some of those images to exclusively share from the tome.Camera tests and costume snapshots, like this one of Princess Leia in her forest outfit from Return of the Jedi, illuminate not only the design progression for silhouettes and styles that have since become iconic, but hint at the atmosphere during production: 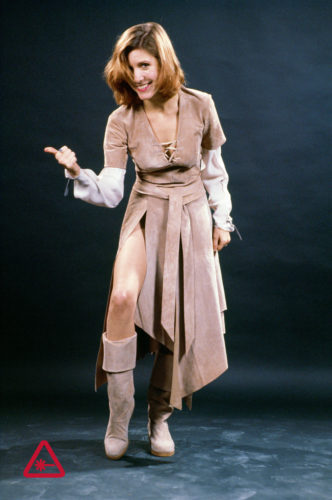 There are explanations how and why costumes, characters and vehicles look the way that they do, featuring quotes from principal creatives who worked in relevant departments. Accompanied by original sketches, such as this early one of what would become stormtrooper helmets, these interviews reveal the latitude, or creative freedom, Lucas gave to his technicians and artists as the conceived the world that would be later credited to him: 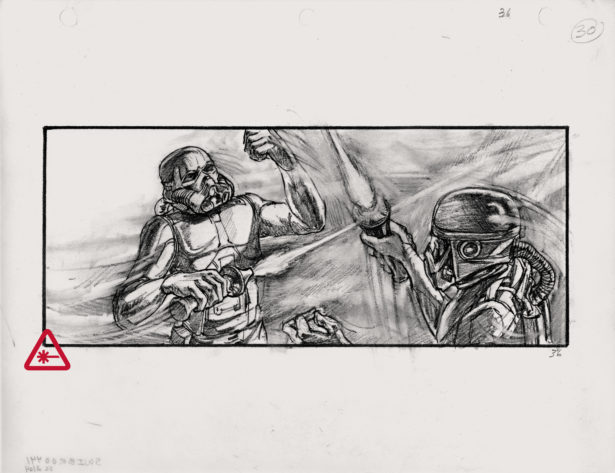 Given how many how-to videos exist on the internet for would-be auteurs, itâ€™s hard to assess how much of this material qualifies as a legitimate blueprint, tutorial or technical manual. But material in the book includes diagrams about how Kenny Baker fits inside R2-D2; iterations of droids from Ralph McQuarrieâ€™s drawings to the final version on screen; close-up shots of the worm that almost ate the Millennium Falcon in Empire Strikes Back; and a shot by shot map of the climactic showdown between Luke Skywalker and Darth Vader as the moon of Endor hangs low in space behind them. It truly provides an unprecedented level of access to each and every step of the creative process, illuminating the number of steps that ideas went through before finalization, and showcasing the level of care devoted to bringing Lucasâ€™ vision to life in as vibrant and believable a way as possible.The level of detail in every image and drawing is astonishing. For a character that has about five lines of dialogue across two films and a kind of shockingly overstated mystique, for example, Boba Fettâ€™s design is thought out to the most minute detail: 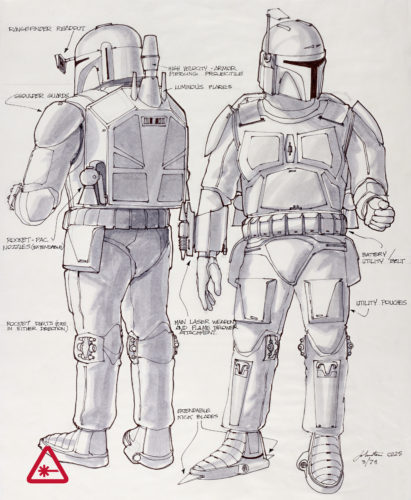 And then of course there are production stills, which are often within frames of the images that Star Wars fans have internalized and burned into their brains, but not quite those essential (or favorite) moments from the films. Suffice it to say that Lucas never shows up in Star Wars, but this image both captures his work on the Death Star set and reveals the evolving collaboration between then-relative newcomers like Carrie Fisher and more experienced and classically trained performers like Peter Cushing: 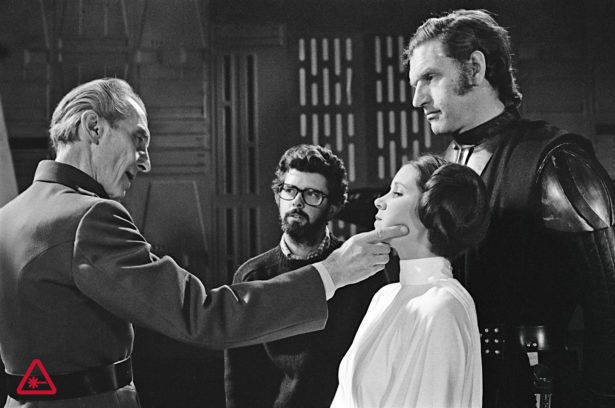 As a child of the original trilogy generation, I retain fond memories of the storybooks that were produced in conjunction with each film, which explained concepts as basic as film and projection itself, and then dug into the broad strokes of the three filmsâ€™ narratives. They inspired my love of film and launched a lifelong curiosity about the mediumâ€™s technical, artistic and emotional impact upon an audience. The Star Wars Archives: 1977-1983 rekindles that curiosity in a way unlike any publication about the series since then, reminding fans that all of this seriesâ€™ (and every otherâ€™s) fascinating, complex, detailed mythology tangibly comes to fruition from the work of hundreds of artisans and technicians, working in concert with one another to bring to life the imagination, and inspiration, of a visionary like George Lucas. 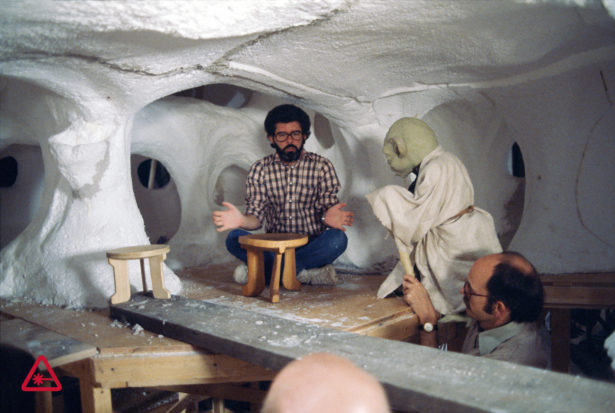