At New York Comic Con, fans got their second full trailer for the upcoming Star Trek: Picard, starring a returning Sir Patrick Stewart in the title role. This time the trailer showed us even more Next Generation cast members who are returning to the 24th century than the previous one did. Or is it the 25th Century by now?? Watch the new trailer down below, and then we’ll unpack everything we’ve gleaned from it.

The trailer starts with what appears to be a dream sequence, with Lt. Commander Data (Brent Spiner) painting in the Picard family vineyards. Both he and Jean Luc are wearing their TNG era uniforms. We also get flashes of some kind of conflict, but the ships involved in the battle are a bit hard to make out. We see a young woman beg Picard for help, forcing Jean-Luc to return to Starfleet headquarters. Which, on this series, is totally the Anaheim Convention Center. Glad to see it survives hundreds of years into the future. 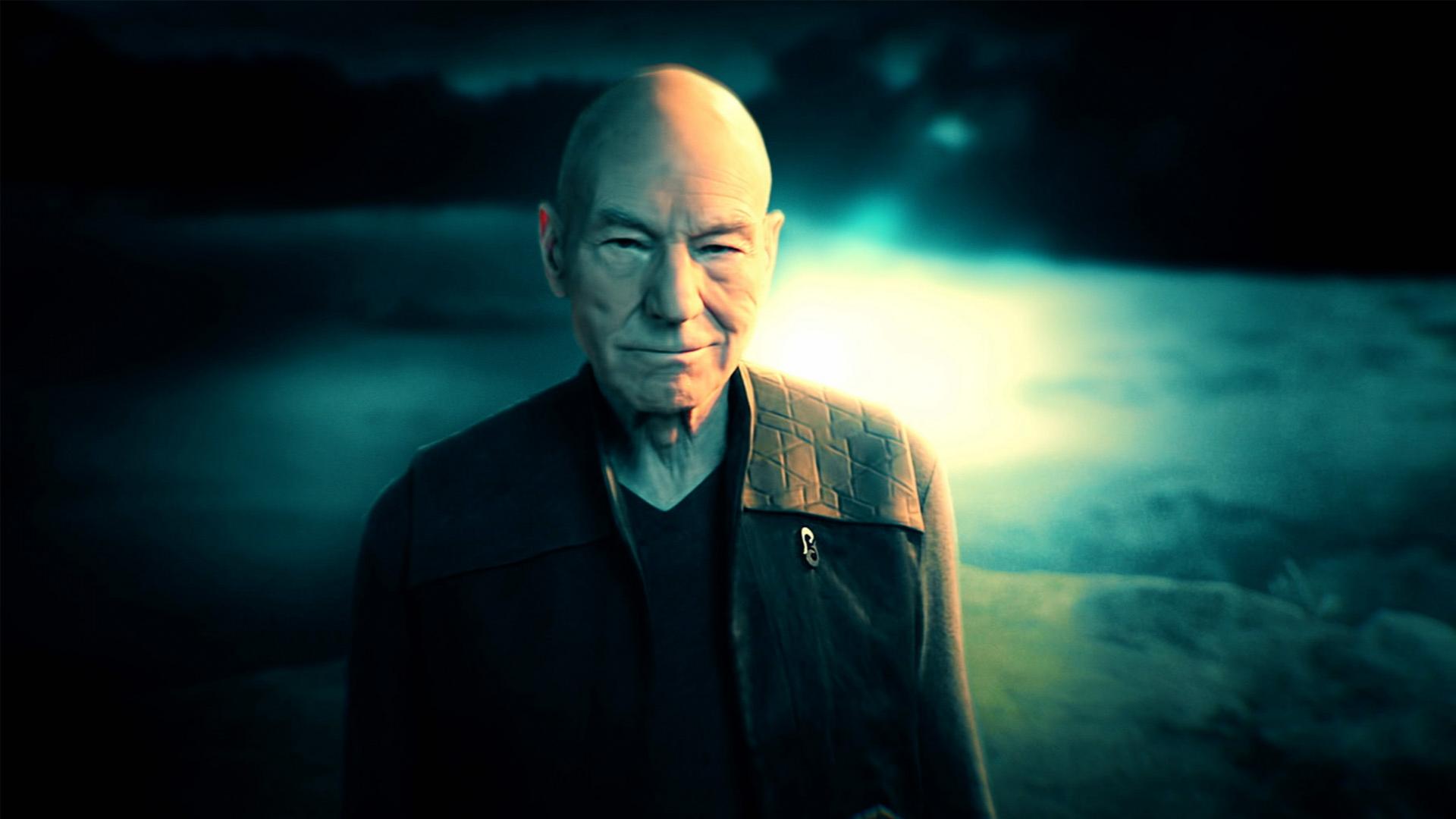 It doesn’t seem like the Admirals of this timeline are any more accommodating than the ones in the TNG era, as Picard finds himself yelling at one once again. He shouts out something about the ideals the Federation is supposed to represent, after which the Admiral claps back and says, “This is no longer your house Jean-Luc.” Now, that’s just disrespectful. You’re talking to a Starfleet legend, lady! Treat your elders with respect!

Perhaps most fascinating is we see a female Dr. Soong style android, meaning that someone has finally duplicated Data’s complex computer brain. In fact, we see what looks like a legion of Soong style androids, all deactivated. Has Starfleet broken its own rules, and created the disposable army that Picard fought so hard against in the classic episode “The Measure of a Man?” These could very well be the principals he feels Starfleet has betrayed. 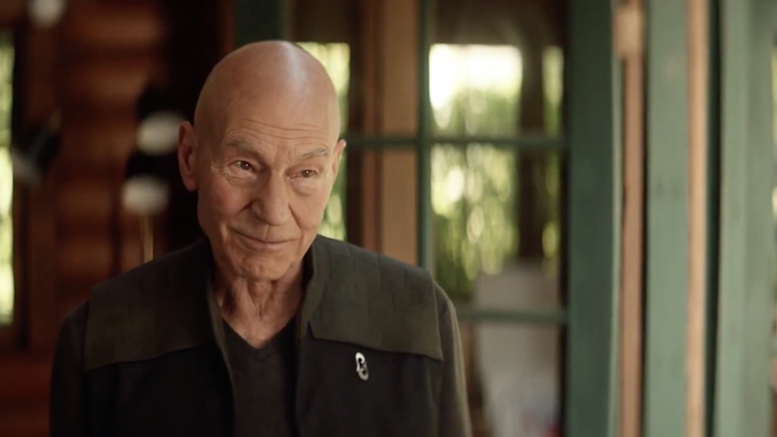 We see Picard gather his new crew, who look like a rag tag crew and definitely not Starfleet types. As we knew she would, Seven of Nine returns, and we see a Borg cube. Suggesting the Borg are still a threat in this time frame, despite Voyager ending with the collective seemingly cut off from Federation space. Another curious Easter egg or longtime fans, the Romulan Warbird that is seen is actually one from the original sixties series, and has not been used since that show’s second season! A true blast from the past!

But the part that will have Trek fans all emotional is the reunion between Will Riker (Jonathan Frakes), his wife Deanna Troi (Marina Sirtis) and their former Captain. It looks like these guys have retired from Starfleet, and we hear a young man call Riker “dad.” So the Rikers seemed to get their happily ever after and started a family. When we see Picard and Riker just hanging out together, this TNG fan got all misty eyed. No sign yet of Worf, Geordi or Beverly Crusher, but we don’t think they’re far behind. Got to keep some secrets yet.