Who STAR TREK's Captain Picard Was, and Where He Is Now - Nerdist

Who STAR TREK’s Captain Picard Was, and Where He Is Now

With Sir Patrick Stewart returning to his most legendary role for the upcoming Star Trek: Picard series on CBS All Access, fans of Star Trek: The Next Generation everywhere are jumping with joy. But will the show be accessible to newer fans, maybe even those who hopped on board the Star Trek train for the first time with Discovery? For those fans who are new to the 24th (maybe now 25th?) Century, we take a deep dive into the history of one Jean-Luc Picard, and just why he’s so important to Starfleet history. 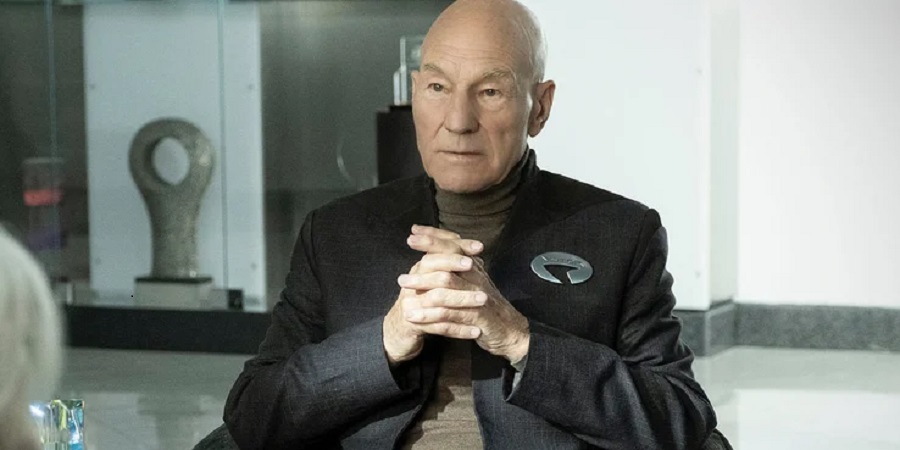 Captain Jean-Luc Picard first appeared in the pilot episode for TNG, titled “Encounter at Farpoint.” He was described as a Starfleet veteran of many years who had now been entrusted with the Federation’s new Galaxy class flagship. But over the years on TNG, we got more background on who Picard was before taking the reins of the most famous ship in the galaxy. 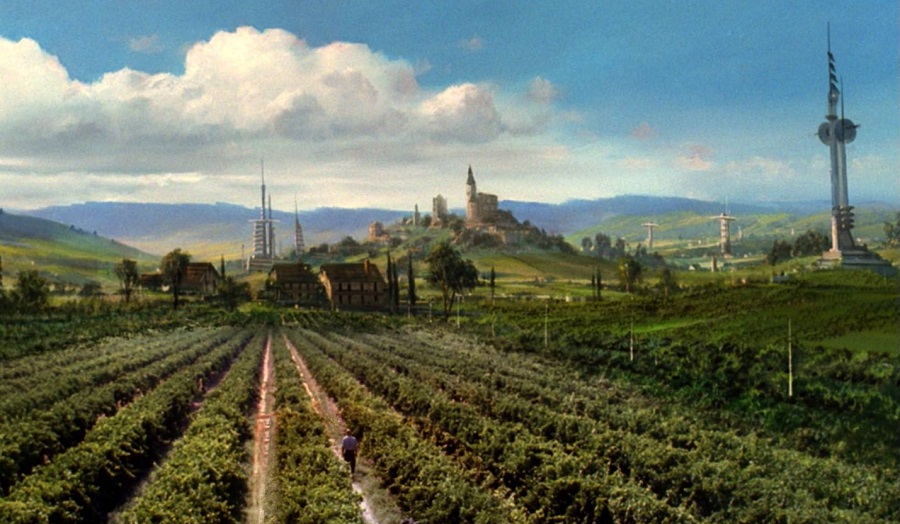 Jean-Luc Picard was born in La Barre, France and grew up on his family vineyard. His parents didn’t approve of modern technology and living, and were baffled by their son who always looked to the stars. His older brother Robert was a bully, and frequently jealous of his younger sibling’s excelling in academics and sports. As soon as he was of age, Jean-Luc enrolled in Starfleet Academy, where he became a top student, specifically in the fields of archaeology and literature. There he made many friends, including the Academy’s groundskeeper, Boothby. 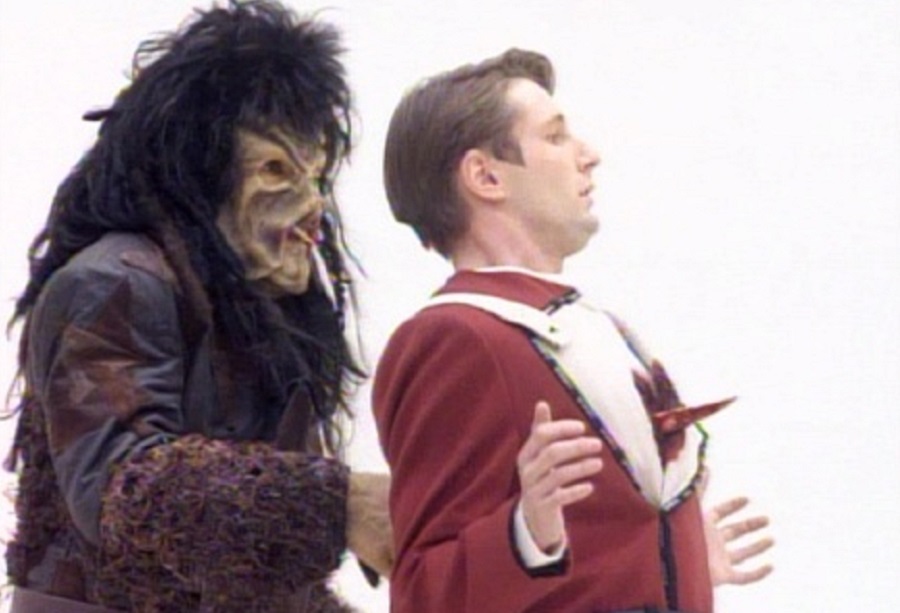 Upon graduation, Jean-Luc and several friends were stationed at a distant interplanetary outpost awaiting their first assignments. The cocky and brash young man started a fight in a casino with a group of Nausicans, a physically imposing alien race that didn’t suffer any fools. During the fight he got impaled in the back, and his heart was badly damaged. He received an artificial heart replacement, but the incident shaped who he would become. Soon after his brush with death, he became a far more serious, less arrogant person. 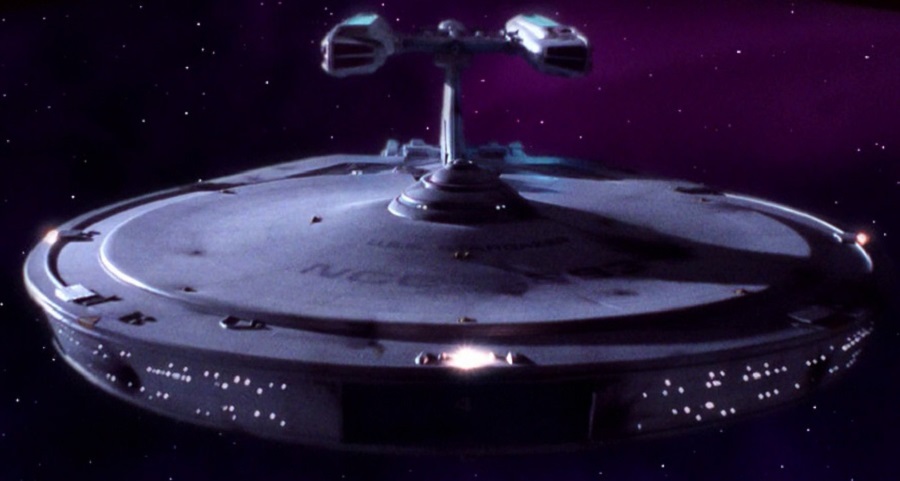 As a young Ensign, Jean-Luc Picard served on many ships. He quickly rose up the ranks and found himself on board the U.S.S. Stargazer. When the ship came under attack, the young Lt. Commander took the reins when the ship’s Captain was killed. He became one of the youngest Starfleet officers in its history, and commanded the Stargazer for 22 years. There, he made first contact with dozens of alien races. The Stargazer’s exploits became legendary. 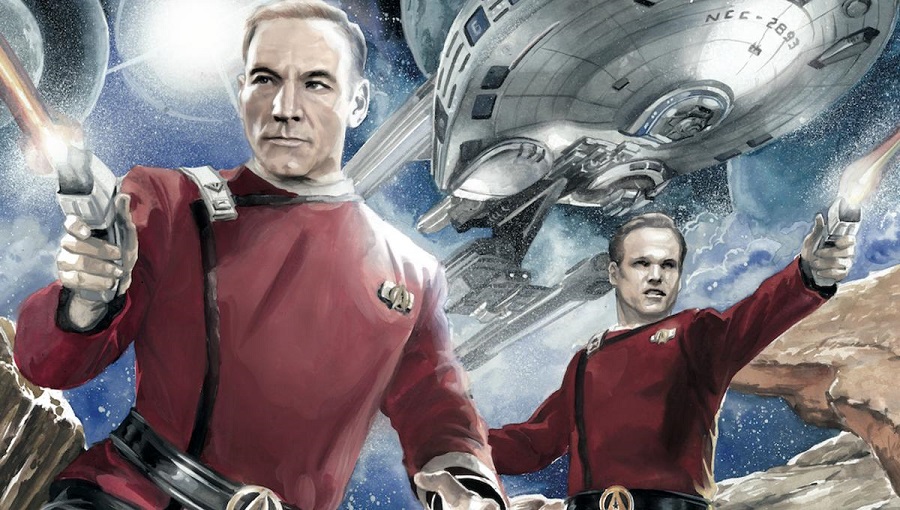 This ship was eventually lost in battle, however, and Picard was made to submit to a court martial. He was cleared of any wrongdoing in the end, and actually received accolades for his bravery. Shortly before that battle, Picard lost his first officer and best friend Jack Crusher on an away mission. Jack’s wife Beverly and his son Wesley would eventually join Picard years later on the Enterprise. Although he harbored romantic feelings for Beverly, he kept those feelings hidden out of respect for his deceased best friend. 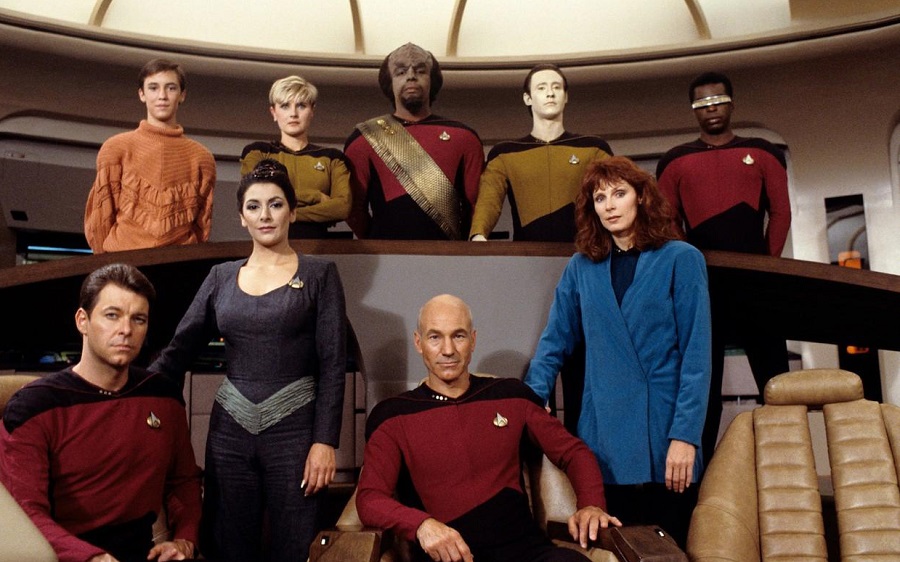 Nine years after the loss of the Stargazer, Picard took command of the newly commissioned U.S.S. Enterprise, the fifth Federation Starship to bear the name. He handpicked each of the crew, and their adventures were chronicled during the seven seasons of Star Trek: The Next Generation. During his time commanding the Enterprise-D, he made first contact with dozens of alien species. He also became the arbiter of succession for the Klingon Empire, and helped Ambassador Spock begin reunification between his Vulcan people and their cousins, the Romulans. 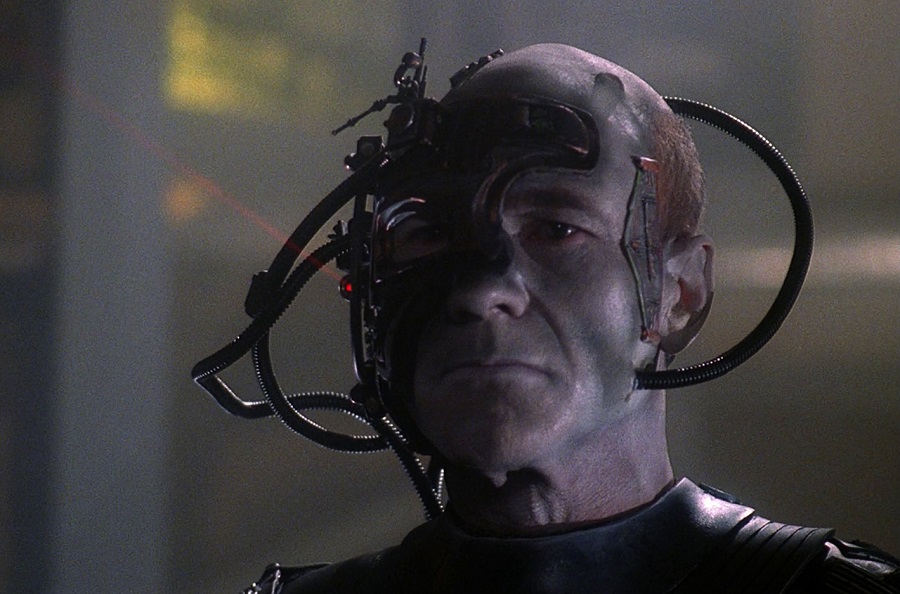 The most harrowing incident for Captain Picard during his time commanding the Enterprise came when the Borg Collective kidnapped him and used the knowledge in his head to launch a devastating attack on the Federation. This attack cost Starfleet hundreds of lives and some 40 ships. Although rescued by his crew, the Borg incident would haunt Picard for the rest of his life. Also, one particular mission found Picard living an entire lifetime in his head, thanks to a transmission from an alien probe. This incident also marked him for the rest of his days.

The Enterprise-D was lost in the battle of Veridian III, although most of the crew survived its destruction. This occurred in the film Star Trek: Generations, which also told the story of how Picard met former Enterprise Captain James T. Kirk. A year later, Picard was given command of a new ship, and even larger vessel. This Sovereign class Enterprise-E was featured in three feature films, Star Trek: First Contact, Star Trek: Insurrection, and Star Trek: Nemesis. During these adventures, Picard saved the Earth from yet another Borg incursion, as well as confronted his own malevolent clone created by the Romulans named Shinzon.

Where is Jean-Luc Picard Now?

When we last saw Jean-Luc Picard, he had defeated his clone Shizon and helped restore the Romulan Empire to its people. The Enterprise-D was badly damaged in the battle, but remained intact with Picard in command. His second officer Data died on that mission, and many of his bridge crew departed for other assignments. But Picard was implied to continue commanding that ship. He was 74 years old at the time, but that is seen as middle age thanks to 24th century medical advancements. 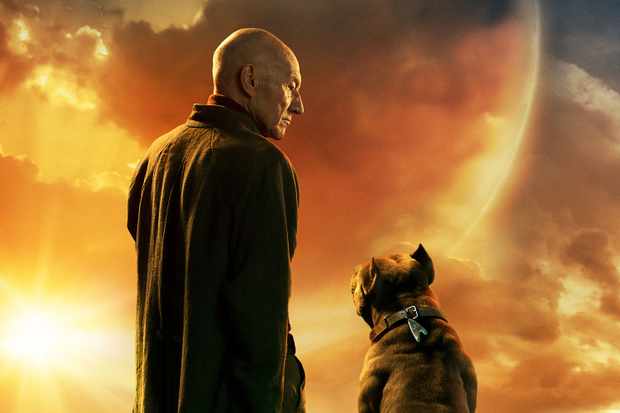 In the 20 years since the events of Nemesis, it seems Picard has retired from Starfleet and returned to his family vineyards in France. We know that there was some kind of an incident that caused his disillusionment with Starfleet, and it’s implied that the incident in question was in some way related to the destruction of the Romulan homeworld (as chronicled in J.J. Abrams’ 2009 Star Trek film.) Is their still an Enterprise in the time frame of Star Trek: Picard? What could cause Starfleet’s most decorated officer to abandon the institution which he served with distinction his entire adult life? We’ll find out in 2020 when Star Trek: Picard finally arrives.