Although the casual fan might think of Klingons as the biggest bad in the Star Trek galaxy, long before they reared their bumpy heads the main adversary of the Federation was the Romulan Empire. Now, the Romulans and their scheming ways have found themselves at the center of the story once again on Star Trek: Picard. Here, we’re going to break down the history of the Romulan Star Empire in all its permutations across the fifty three years of the franchise. 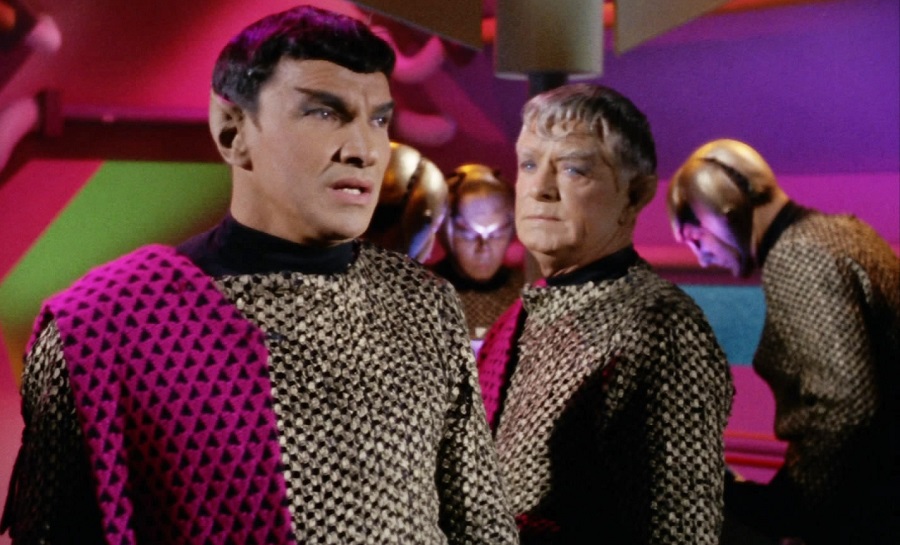 The Romulans first appeared in the excellent season one episode “Balance of Terror,” still considered to be one of the greatest episodes of the entire series. Here, we get our first glimpse of the future where Trek takes place. We learn that a century before the events of this episode, the Romulans engaged in a bloody war with Earth, although because of “primitive space vessels” of the time, neither race saw the other face to face, so humans had no idea what Romulans actually looked like. After the war, a Neutral Zone was established between Federation space and the Romulan Empire, and neither party crossed it for over a century for fear of starting a new conflict. The prequel series Enterprise somewhat retconned this, suggesting that the Romulans attacked Earth with unmanned drone ships, while keeping their true faces a mystery.

“Balance of Terror” introduces us to a version of the Romulans making aggressive moves once again against the Federation. They have developed cloaking technology, which they use to conceal their starships and attack Federation outposts. The Enterprise engages them, and Kirk and his crew are the first humans to see them face-to-face. It’s here we discover that Romulans look identical to Vulcans. The Romulan ship Commander (played by Mark Lenard, who would later play Spock’s father Sarek) essentially created the template for the race. Warlike and cunning, but also thoughtful and intelligent like their Vulcan cousins. 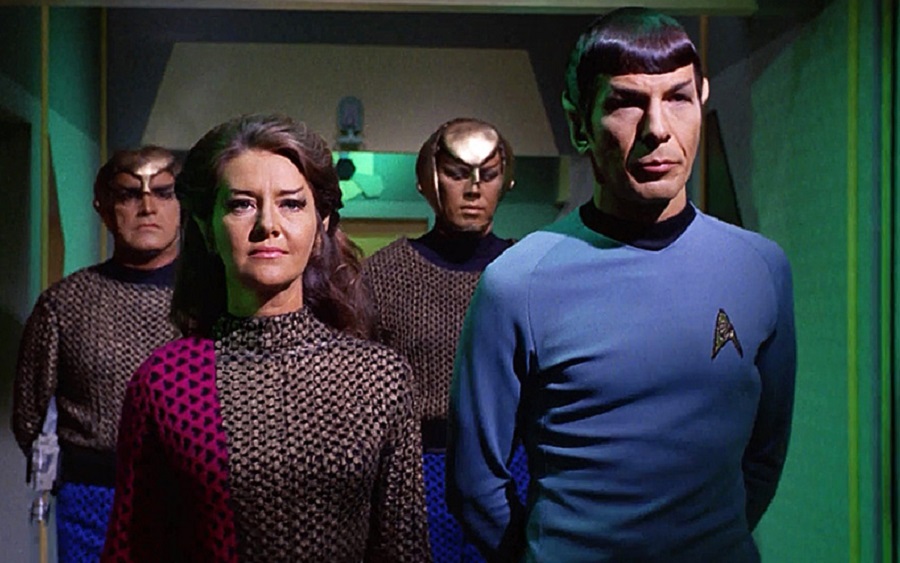 It is eventually revealed that the Romulans evolved after the Vulcans embraced the philosophy of logic millennia ago. Not all members of the Vulcan race were ready to discard their emotions though. Thousands departed for unknown space, eventually evolving into a separate culture. Soon, they conquer the twin worlds of Romulus and Remus. The entire Romulan race is a bit of an allegory for Cold War era China, in much the way the Klingons represented the Cold War Soviet Union at the time. But of course, as their name suggests, there was heavy dose of the ancient Roman Empire in the aesthetic and world of the Romulans as well. Roddenberry wasn’t exactly subtle about the influence.

Although mentioned several times throughout the original show, we only see the Romulans prominently again in the third season episode “The Enterprise Incident.” This episode finds Kirk and Spock attempting an elaborate scheme to board a Romulan ship and steal one of their cloaking devices. We also meet our first female Romulan commander, who finds herself drawn to Spock. But after that episode, the Romulans disappear from Trek storytelling for a long period of time. 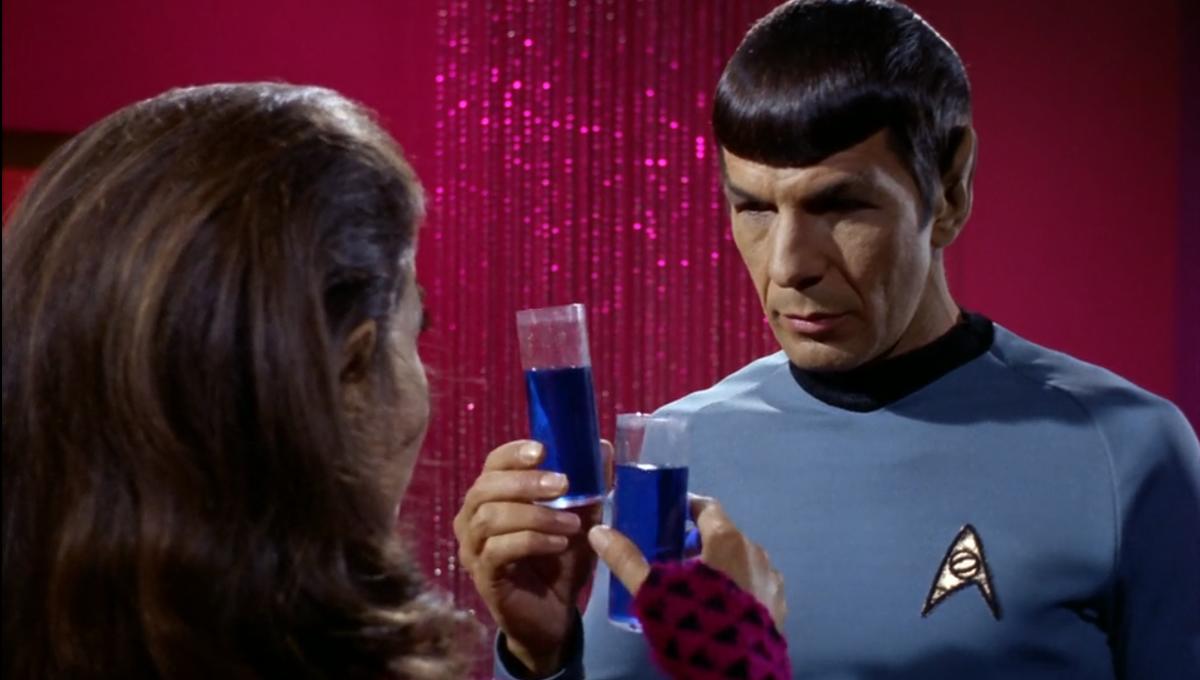 The original series movies pretty much skip the Romulans, except for many mentions of Romulan ale, an illegal libation in the Federation. It’s kind of like the 23rd Century version of Cuban cigars. We only see one Romulan in the first six films, an Ambassador who attempts to destroy a tentative new alliance between the Klingons and the Federation that happens in Star Trek VI. A Federation/Klingon alliance is shown as being something the Romulans definitely don’t want. But other than that, they are largely absent.

Star Trek: The Next Generation 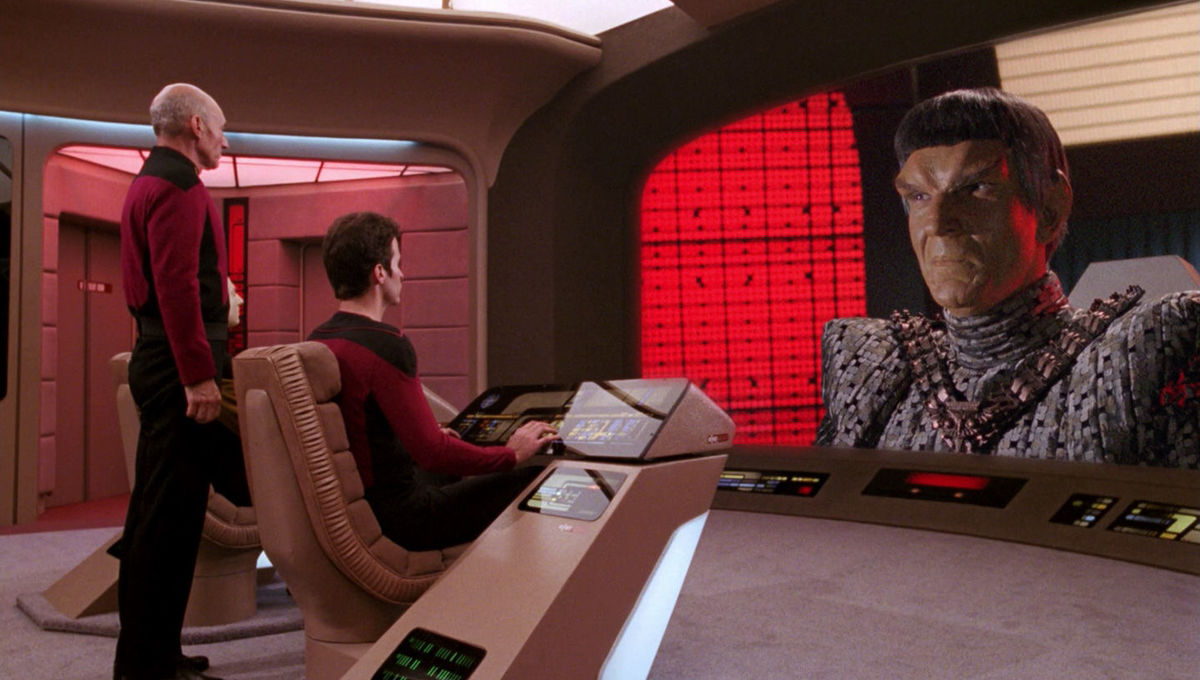 The Romulans truly began to flourish in Star Trek: The Next Generation. Via Roddenberry’s own edict, TNG was originally not allowed to bring in any old adversaries from the original show. Only Worf the Klingon made the cut because he was a good guy. But new TNG villains the Ferengi were a dud, and so for the season one finale “The Neutral Zone,” the Romulans reappeared after decades of seclusion, making a clear intention to resume hostilities with the Federation. It’s not very subtle when they sign off saying “We are back.” 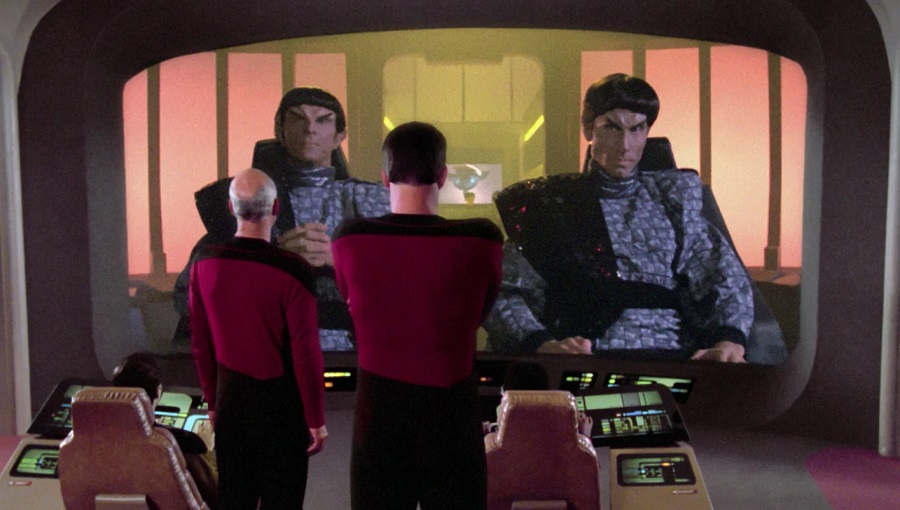 And back they were, with a vengeance. Over the course of the next six seasons of TNG, the Enterprise crew comes into conflict with the Romulans – in their newly designed Warbirds – many times. They have several encounters with Starfleet that bring the two cultures to the brink of war. During the run of TNG, we learn a lot more about Romulan society, and how their intelligence bureau, the Tal Shiar, is ruthless and second to none. Even the Romulan military and the rank and file population hates the Tal Shiar. And we see how it is secret Romulan manipulations behind-the-scenes that are behind a Klingon civil war that nearly splits their empire. 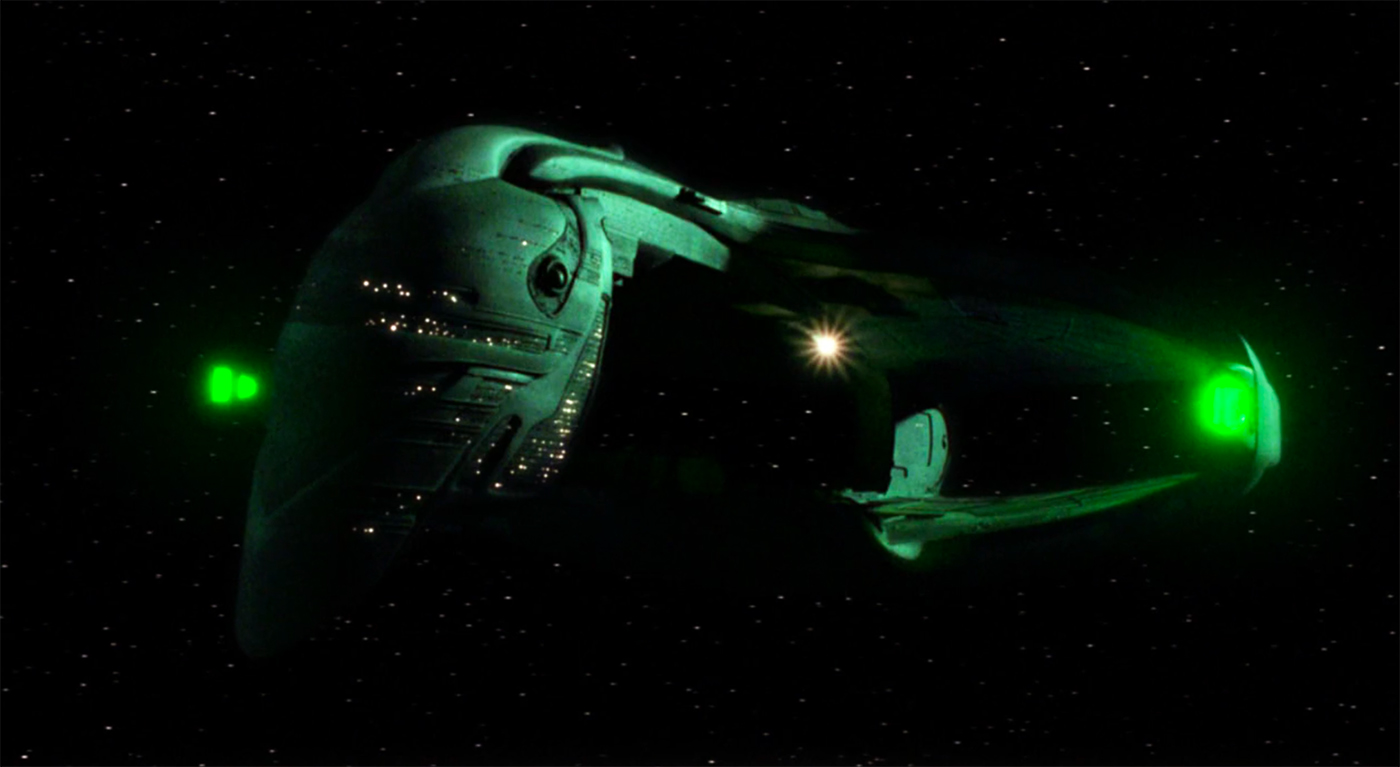 But despite renewed hostilities, there are members of Romulan society who want to rejoin with their Vulcan cousins and cast aside the hostility. We learn about this dissident movement in “Unification,” the two part episode which saw Leonard Nimoy guest star as Spock. He goes to Romulus against Federation orders, in an effort to bring both races closer together. The Romulan government is still a totalitarian one though, and prevents this from happening. They opt to try another invasion of Federation space again, but ultimately fail. 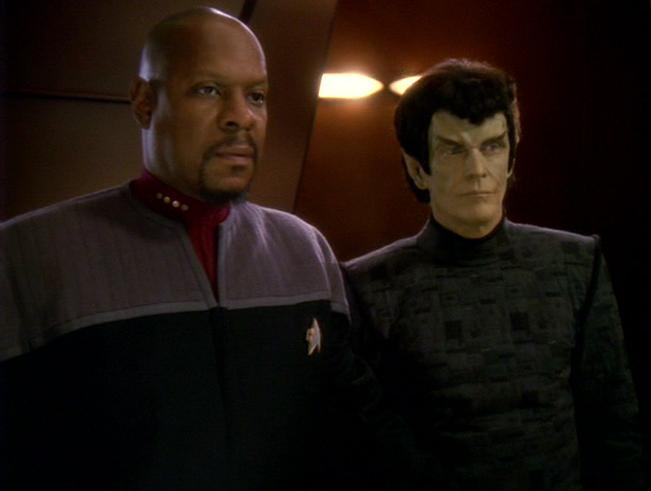 The Romulans don’t have as big a part to play on Deep Space Nine in its earliest seasons, but become more important as the show continued. The main thrust of DS9’s later seasons finds the Federation in conflict with a race from across the galaxy called the Dominion. The Dominion seeks to conquer the entire Alpha Quadrant, which includes the Romulans. They loan the Federation a cloaking device ton help them spy on the Dominion. Later, the Romulan Tal Shiar and the Cardassian Obsidian Order mount a joint venture to wipe out the Founders of the Dominion’s home planet. But it’s an elaborate trap that results in the destruction of the Tal Shiar forces. 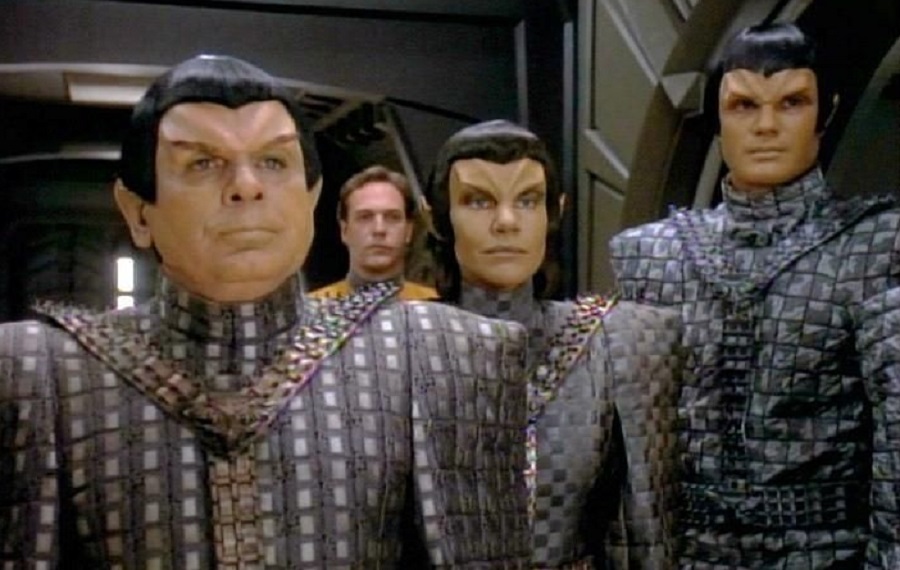 On The Big Screen

Since Voyager took place far away from Federation space, we basically didn’t see the Romulans at all, except for in one first season episode. The next big movement in the story of the Romulans happened in the 2002 movie Star Trek: Nemesis. This movie explained how the Romulan Tal Shiar once cloned Jean-Luc Picard years prior, in an effort to accelerate his aging and have him switch places with the venerated Captain. This clone Picard, named Shinzon, would serve as their agent in the heart of Starfleet.

But the Romulans abandoned that plan and send the clone child to the mines of Remus Romulus’ twin planet mentioned way back in the original series, and finally seen in Nemesis. We learn that Remus had an indigenous population that the Romulans conquered and enslaved. But those slaves revolted and took over the Romulan senate, and installed Shinzon (Tom Hardy) as their leader. But this coup didn’t last very long. Shinzon died and the proper Romulans took over again. The end of Nemesis finds the Romulans fighting with the Federation against the Remans, and suggests that peace between the two powers can finally begin after so long.

But as we learn in JJ Abrams’s 2009 reboot of Star Trek, things did not go well for the Romulans after the events of Nemesis. Their sun went supernova, destroying the planet Romulus totally. Other worlds in the Empire needed to be evacuated, and billions died. The elderly Ambassador Spock tried to help them, but in his attempts he was thrown back in time and created an alternate reality.

But as Star Trek: Picard shows us, the destruction of Romulus has a profound effect on the galaxy. Admiral Picard promised what was left of the Romulan people he would try to help them relocate. He convinced Starfleet to build a vast armanda for the sole purpose of saving billions of Romulan lives. But a mystery attack on the Starfleet shipyards on Mars halted those plans, leaving many Romulans to die. But surviving Romulans never forgot what Picard tried to do to save them, and two Romulan ex-pats become some of his most loyal companions.

But Picard also shows us that home planet or no home planet, the Romulan Tal Shiar continues to operate in secret. And have infiltrated the heart of the Federation itself. How this will all play out remains to be seen. But one thing is certain: The Romulans are the Federation’s oldest and most formidable enemy, and they aren’t going to let something like losing a planet stop them from trying to conquer the galaxy.