How STAR TREK: DISCOVERY Evolves the Vulcans and Romulans - Nerdist

How STAR TREK: DISCOVERY Evolves the Vulcans and Romulans

Episode eight of Star Trek: Discovery season three was unique in several ways. Titled “Unification III,” it’s both a spiritual sequel to the two part Star Trek: The Next Generation episode “ Unification I and II,” and  a fitting tribute to Star Trek’s most beloved character, Mr. Spock. In fact, the late great Leonard Nimoy even appears in archival footage. The episode even resolves a long standing Trek storyline about two of the franchise’s most famous alien races: the Vulcans and the Romulans.

Here’s how “Unification III” pays off a nearly thirty year old plotline and advances Spock to a deserved exalted status within the actual Star Trek canon. But first, a history of the Vulcans and Romulans and their relationship to the Federation.

Spoilers follow for the latest episode of Star Trek: Discovery 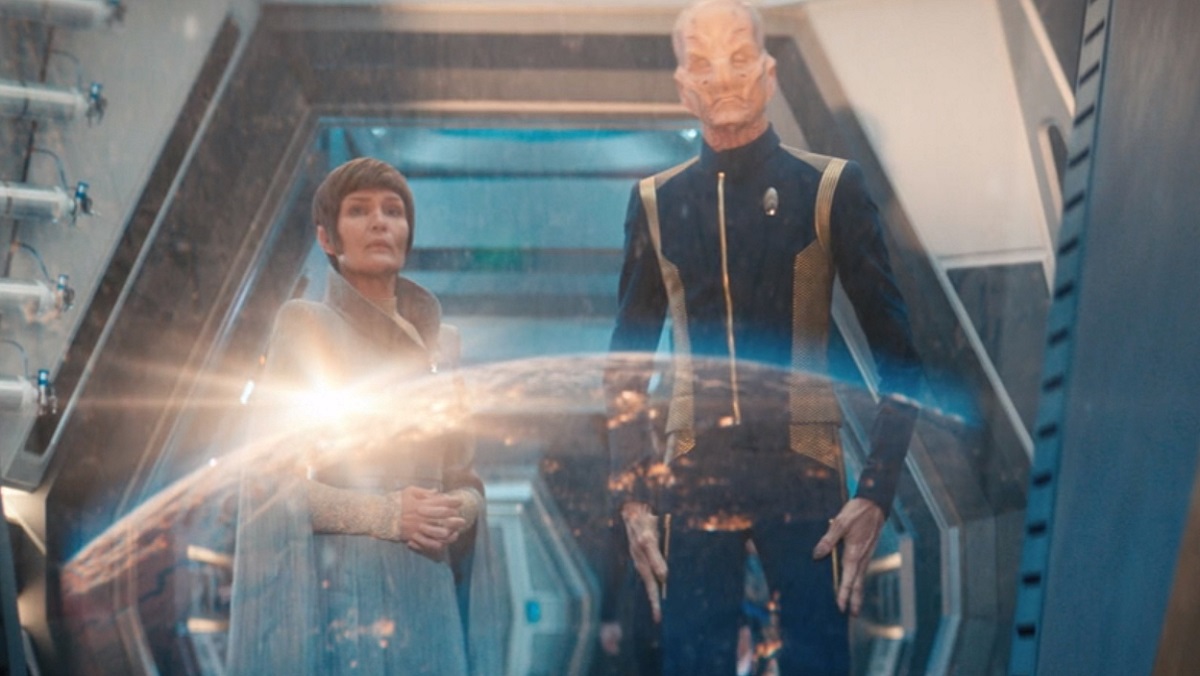 In “Unification III,” 32nd century Starfleet Admiral Vance explains to Captain Saru ( Doug Jones) and Michael Burnham (Sonequa Martin-Green) that “history forgot this in your time, but the Vulcans and the Romulans were two tribes of the same species.” He’s not wrong. The 23rd century timeline of Star Trek: The Original Series explains that the United Earth Forces and the Romulans engaged in a brutal interstellar war a century earlier—roughly the mid-22nd century. This was right before the formation of the Federation. But the humans who fought in the Romulan Wars had no idea what the Romulans even looked like. And to Starfleet officers from the year 2259, like Saru and Burnham, they’d have no idea either. 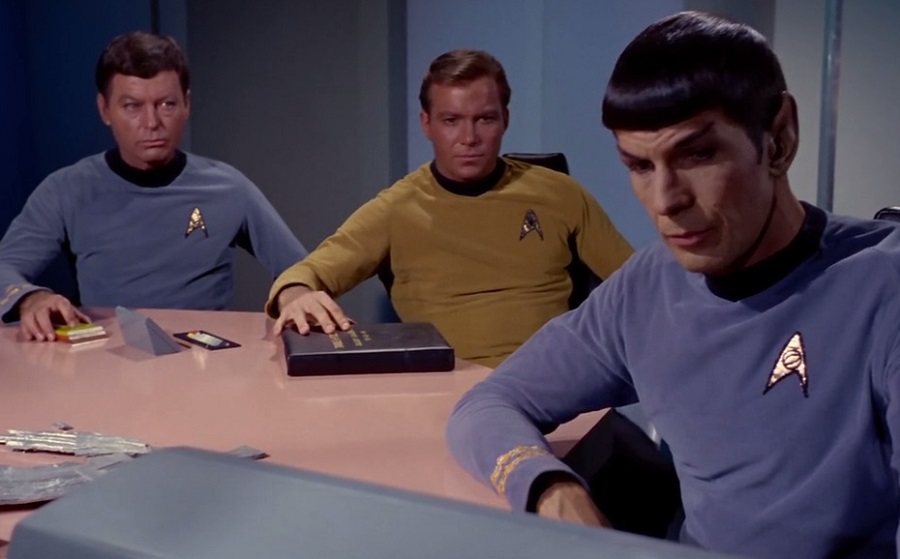 In the original series episode “ Balance of Terror,” Captain Kirk’s Enterprise crew makes first visual contact with a Romulan. Humans then learn that their sworn enemies look just like their Vulcan allies. This unawareness of the Romulan’s true appearance was explained by Spock. He said it was due to the wars of the past being fought with what he called primitive space vessels. Those vessels didn’t allow for ship-to-ship visual contact. Spock also correctly surmises that the Romulans were offshoots of the Vulcan race. They split off before the Vulcans’ embrace of logic over emotion. 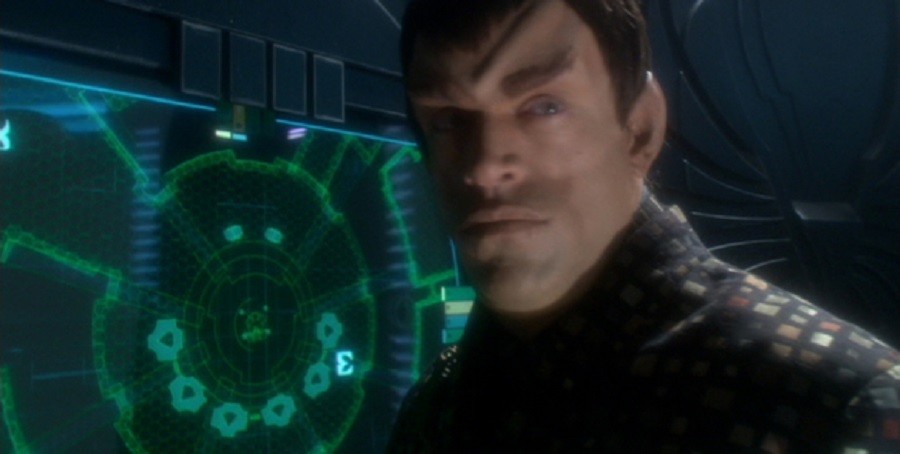 The 2001-2005 prequel series Star Trek: Enterprise gave a better explanation as to how Earth could fight Romulans for years without ever seeing the faces of their enemies. That show explained Romulans only used unmanned drone ships to attack Earth and its allies during this time. Another reason why the Federation doesn’t know their old enemy is physically identical to Vulcans until much later. 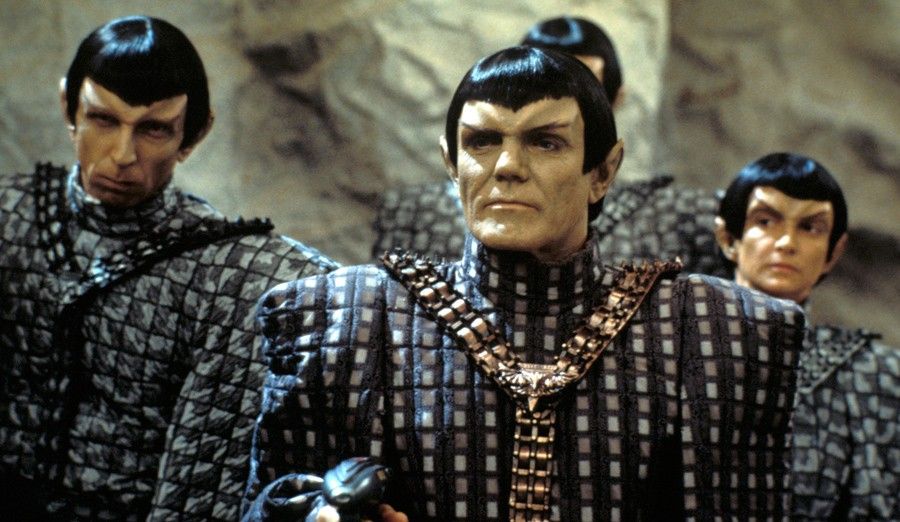 The Romulans made sporadic appearances throughout the rest of Star Trek: The Original Series, but it was in Star Trek: The Next Generation that they became truly worthy principal antagonists. Captain Jean-Luc Picard had many run-ins with the Romulans over the course of the series, as well as in films like Star Trek: Nemesis. The most important Romulan episodes of TNG actually involved Spock, in his only appearance on that series. “Unification” leads directly into this most pivotal episode of Discovery.  In “Unification” and “Unification II,” we learn that the elderly Ambassador Spock has undertaken a secret mission to aid the Romulan underground in an attempt at rejoining their Vulcan cousins. 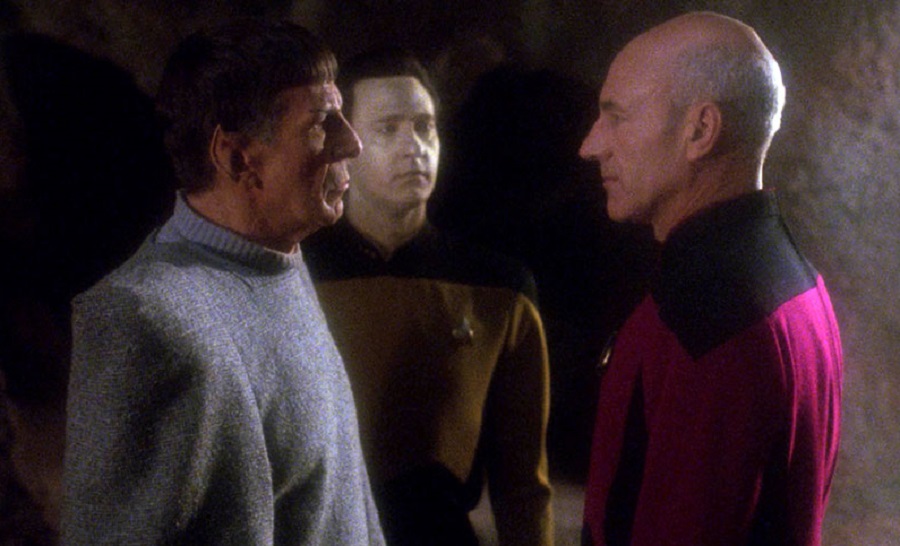 The militant Romulan regime do not want peace, however, and sabotage the reunification revolution. But despite Captain Picard’s insistence that Spock return with them to Federation space, Spock chooses to stay behind on Romulus to aid the dissident underground. He realizes it’s a long road towards a peaceful reunification. However, it’s a goal he wants to dedicate his life to. Although that’s the last time we see Leonard Nimoy as Spock in a Star Trek TV series, it’s not the end of his story with the Romulans. 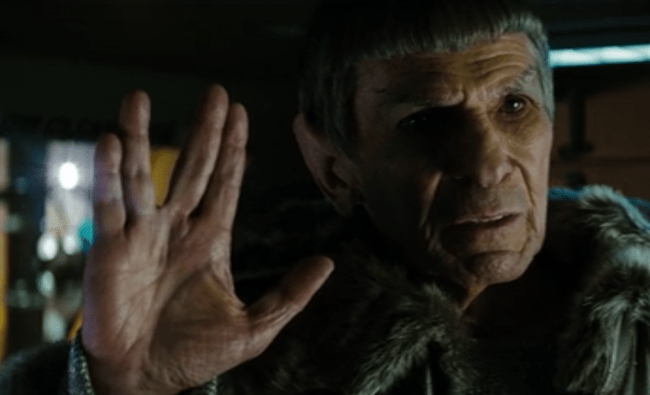 In J.J. Abrams’ 2009 film Star Trek, we learn that a massive supernova threatens to destroy Romulus in 2387. Spock lends his considerable scientific knowledge to create an element called Red Matter. The element would consume the nova into an artificially created black hole. Although Spock destroyed the supernova, it still managed to destroy Romulus. Nero, a vengeful Romulan survivor, attempted to kill Spock as payback for his failure. Transported 129 years into the past through the black hole, Spock and Nero accidentally create an alternate timeline (seen in the recent Star Trek film trilogy).

As we learned in the first season of Star Trek: Picard, 12 years after the destruction of Romulus, the surviving Romulans became a diaspora. Jean-Luc Picard tried to help the survivors, but the Romulan culture was dealt a lethal blow. The once mighty Romulan Empire had to rely on the charity of others to survive. It was a hard pill to swallow for this once-proud warrior species. Meanwhile, the Tal Shiar, a super secretive Romulan Intelligence Agency, continued to undermine any efforts for the Romulans to join peacefully with former enemies.

But despite the Romulan plight in the late 24th century, Discovery shows that Spock’s dream of a Vulcan and Romulan reunification does eventually occur. Although it does take some eight centuries. As Admiral Vance explains, it was Spock who started the process of reunifying them. It took centuries after his death, but Spock’s dream comes true. The Vulcans and Romulans occupy the same world. The planet Vulcan receives a new name: Ni’Var.

Clearly though, it’s far from smooth sailing for Ni’Var. The Vulcans and Romulans may live on a shared homeworld, but they still have major differences. But you can already tell by “Unification III” that Romulans are more logical than they were before, and Vulcans are more emotional. The lines have begun to blur. In fact, the symbol of the Ni’Var seems to be a combination of the Vulcan IDIC symbol and the Romulan emblem of a menacing warbird. Spock is now a revered figure in the galaxy for achieving this goal. It’s a status befitting a character of Spock’s stature in Star Trek canon.

Although Spock’s dream of Vulcan and Romulan reunification does happen, he would have been devastated to see his people pull out of the Federation. The episode explains that the people of Ni’Var blame themselves for the Burn. That’s the event which profoundly altered the galaxy. But it’s looking more and more like the Burn had nothing to do with them. Here’s hoping that they rejoin the Federation they founded before too long. We’d like to think that’s what Spock would have wanted.