Tom Hardy has become one of Hollywood’s biggest stars, thanks to successful blockbusters like The Dark Knight Rises, Mad Max: Fury Road, and Venom. But almost two decades ago, he was a young up-and-comer looking for his big break. And it so happened that break came with Star Trek: Nemesis in 2002. Hardy got to play the villainous Shinzon in that film, who is a clone of Captain Jean-Luc Picard. The folks at TrekCore recently uploaded this rare footage of Hardy’s screen test with Sir Patrick Stewart from 2001, and you can see right away why Hardy got the part.

Interesting to note that this screen test was filmed on the Star Trek: Enterprise sets. At the time, Enterprise was in its first season, and was the only Trek series in production. As good as Hardy’s performance as Shinzon was, for the most part, Star Trek: Nemesis was a mess. But we maintain that is a very watchable mess, and way better than the previous installment, Star Trek: Insurrection. Nemesis was the lowest-grossing Star Trek film of all time, effectively killing off the franchise for eight years, until J.J. Abrams’ reboot. But it’s worth watching to see Tom Hardy chew the scenery with such gusto. 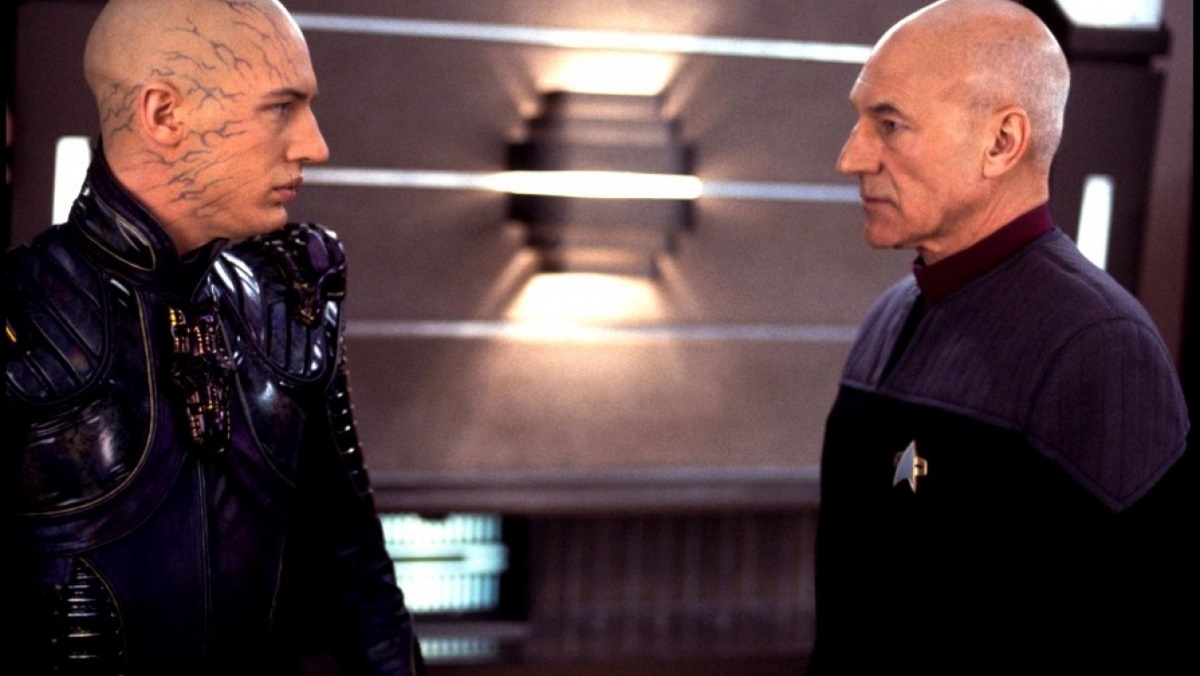 Whether we like it or not, it seems inevitable that Paramount will one day reboot the Star Trek: Next Generation characters for the big screen, probably in the future of the Kelvin timeline. If that’s the case, it would be a wonderful bit of casting if Tom Hardy actually got to play the real Jean-Luc Picard this time. Only the alternate-timeline version of him. He’s almost the same age that Patrick Stewart was when he was first cast. Maybe it is meant to be? Since he already played Picard (in a way), we think it’s one recast that fans could get behind.