At the end of Star Trek: Discovery season two, the crew propels over 930 years into their future. And for a year and a half, we’ve been wondering when we’d see the results of their journey. With the celebration of Star Trek Day, we have a new full length trailer for season three of Discovery. It tells us what the next season is all about: the rebuilding of the United Federation of Planets. You can watch the new Discovery trailer below:

The footage confirms what we gleaned from previous teasers. They showed that the Federation has become a much smaller version of what it once was. Star Trek: Discovery‘s co-showrunner Alex Kurtzman said during the Star Trek Day Discovery panel that the third season’s mission statement will be all about restoring the Federation to its former glory. Co-showrunner Michelle Paradise said of the Federation, “We’ll find that it’s still in existence, [but] much diminished from what it once was.” 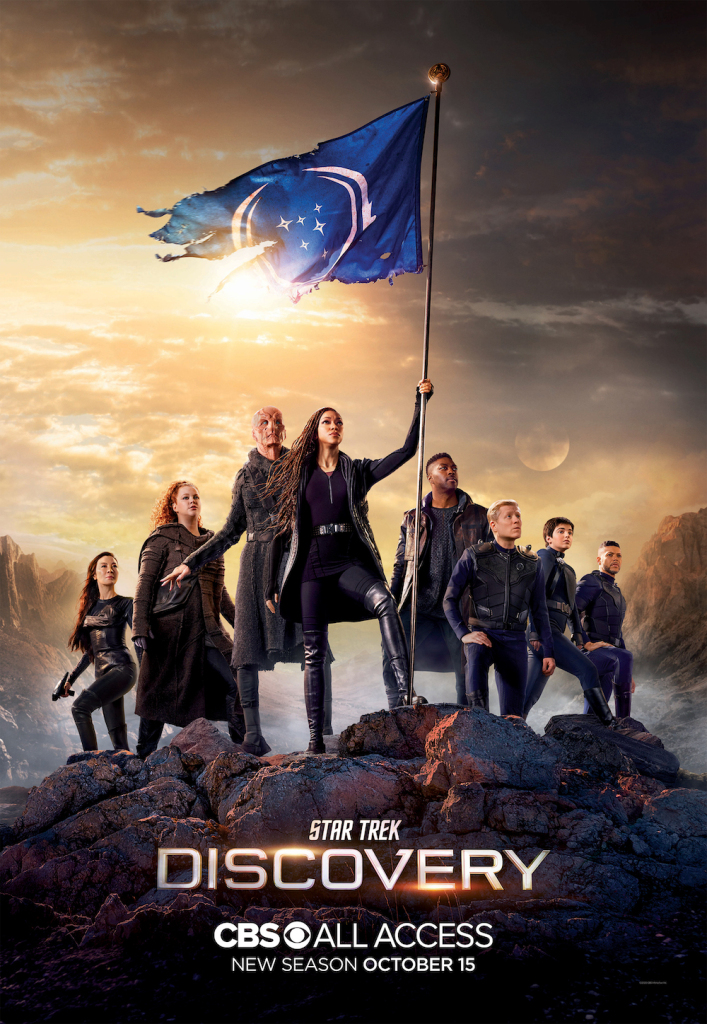 So how did the U.F.P. go from encompassing hundreds of worlds to only a handful? The Federation’s decimation results from a mysterious event referred to as”the Burn.” A new character named Book (David Ajala) tells this to Michael Burnham ( Sonequa Martin-Green). All we know about this event is that it is “the day that the galaxy took a hard left.” Kurtzman explained in the Discovery panel that the Federation does not collapse in on itself due to internal strife, but something from the outside brings it to its knees.

We also got a glimpse of the new Star Trek: Discovery logo, as well as a new poster (above). Both Star Trek: The Next Generation and Deep Space Nine really came into their own with the third season. Here’s hoping that pattern repeats with Discovery‘s upcoming third year.