At the end of its second season, Star Trek: Discovery took the phrase “to boldly go where no one has gone before” quite literally. The titular ship jumped a full 930 years into the future, an era of the Star Trek timeline that has never been explored before now. This opened up a whole new paradigm for the series, which had, until now, been a prequel to the original show. At New York Comic Con, fans got their very first look at what this new future holds for Lt. Michael Burnham (Sonequa Martin-Green) and the crew of the Discovery, via a brand new trailer for the show’s third season.

So what juicy tidbits can we glean from this trailer? Well, the usually optimistic Star Trek future doesn’t look to be all to bright and cheery anymore. We see the flag of the United Federation of Planets in what looks like a mysterious and sparse office, but it only has six stars on it. This suggests that the Federation is a shadow of its former self. Or worse, the flag itself is a relic, and the once-proud organization simply doesn’t exist anymore. We see familiar Star Trek alien races however. There are the blue skinned Andorians, as well as Cardassians and whatever species Morn from Deep Space Nine is supposed to be. Heck, maybe it is Morn himself! 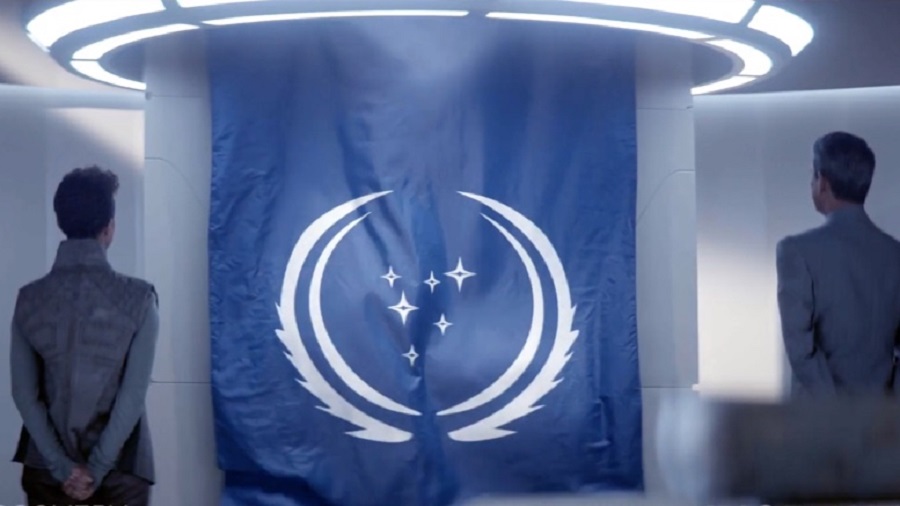 A few other surprises include the mirror universe version of Phillipa Georgiou (Michelle Yeoh) in a standard Starfleet uniform, suggesting she fully becomes a part of the crew now that they are trapped together in this new future. It also seems Michael Burnham is separated from the rest of her crew mates for a considerable period of time in season three, as we see her go through several different hairstyles in a single shuttlepod, suggesting she spends a lot of time away from her Discovery family all alone. No word yet on who will be the Captain of Discovery going forward, but we expect the crew has a lot of other things on their minds besides the chain of command. 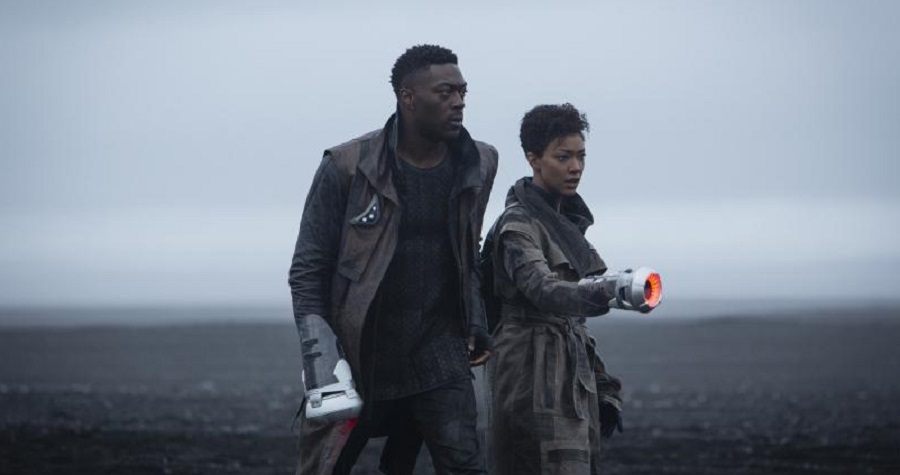 We also get or first glimpse of new cast member David Ajala, who sci-fi fans will recognize from his stints on Doctor Who and Supergirl. No clue yet who he is playing, but the trailer suggests he is some kind of guide for Burnham in this new future timeline. When he sees the Starfleet signal on her chest, he tells Burnham “you must believe in ghosts.” This suggests that the proud fleet which once had hundreds of ships across the quadrant is no more. One thing’s for sure, the new set up for this series has opened up the word of Star Trek in ways that it hasn’t since The Next Generation jumped 100 years past the original series.