Marvel fans watched the trailer for Spider-Man: No Way Home on a loop since its release. You could say everyone is waiting with bated breath for Peter Parker to face off against a series of Multiversal villains. And possibly meet some variants of himself. (Allegedly. But, probably). The trailer showed us the fallout of Peter’s secret identity revealed to the world, and his enlisting of Dr. Strange to magically undo it all. Clearly, much wackiness ensues.

Now, via Geeks Are Sexy, we’ve discovered that someone has recreated the trailer faithfully, using footage from the beloved ’90s Spider-Man: The Animated Series, with a wee bit of The Spectacular Spider-Man toon from 2008 too. The video comes from YouTube channel 100Bombs Studios. You can watch this delightful throwback to the days when Peter wore lots of pastel polo shirts, and swung through primitively rendered CGI buildings, right here:

We must say, 100BombsStudios did a great job with this one. (They made one for the previous trailer earlier this year too). For those curious, the footage primarily comes from the first episode of the show’s third season. Appropriately enough, the title of the episode was simply called “Doctor Strange.” That 1996 episode found Peter and the Sorcerer Supreme fighting Baron Mordo, and an impending invasion from the Dark Dimension of Dormammu. At least part of that plot should sound familiar to anyone who saw the Doctor Strange movie. 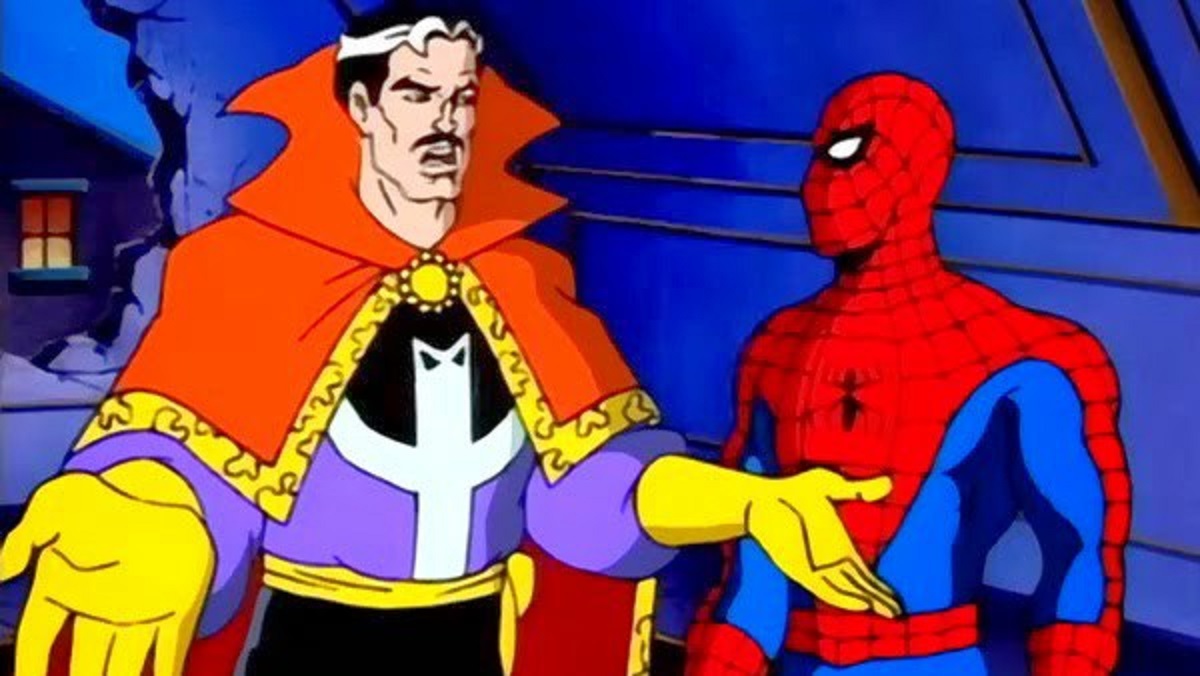 Although there have been many cartoon versions over the years dedicated to Spidey and his exploits, the ’90s series was one of the best. It featured many of his most famous storylines from the comics for the first time. Not to mention most of his most iconic villains. Sure, it didn’t have as groovy a theme song as the ’60s cartoon. Or have Spider-Man living in a high-tech apartment with his Amazing Friends. But it remains a fan favorite series to this day. Maybe we’ll see this animated Spider-world one day in an I nto the Spider-Verse sequel. Anything is possible in the multiverse, after all.