The Slow Mo Guys have come out with a new video of a cat playing around in slow motion, and it reveals Felis catus’ awesome dexterity in a unique way. The slow mo video also shows cat derpiness in a whole new light, but don’t mention that to the cats. Because after you see a cat’s claws extend in molasses time, you will learn to fear our feline “companions” even more.

Gav, one half of the duo that makes up the Slow Mo Guys, recently posted the video, noting that its featured cat is named Smee. In the clip, we watch as Smee jumps, pounces, claws at faux prey, and flexes its muscles like the miniature tiger that it is. Although the best part of Smee’s antics comes when he(?) leaps into the air and achieves some Michael Jordan-esque hang time before—very slowly—falling back to the ground. 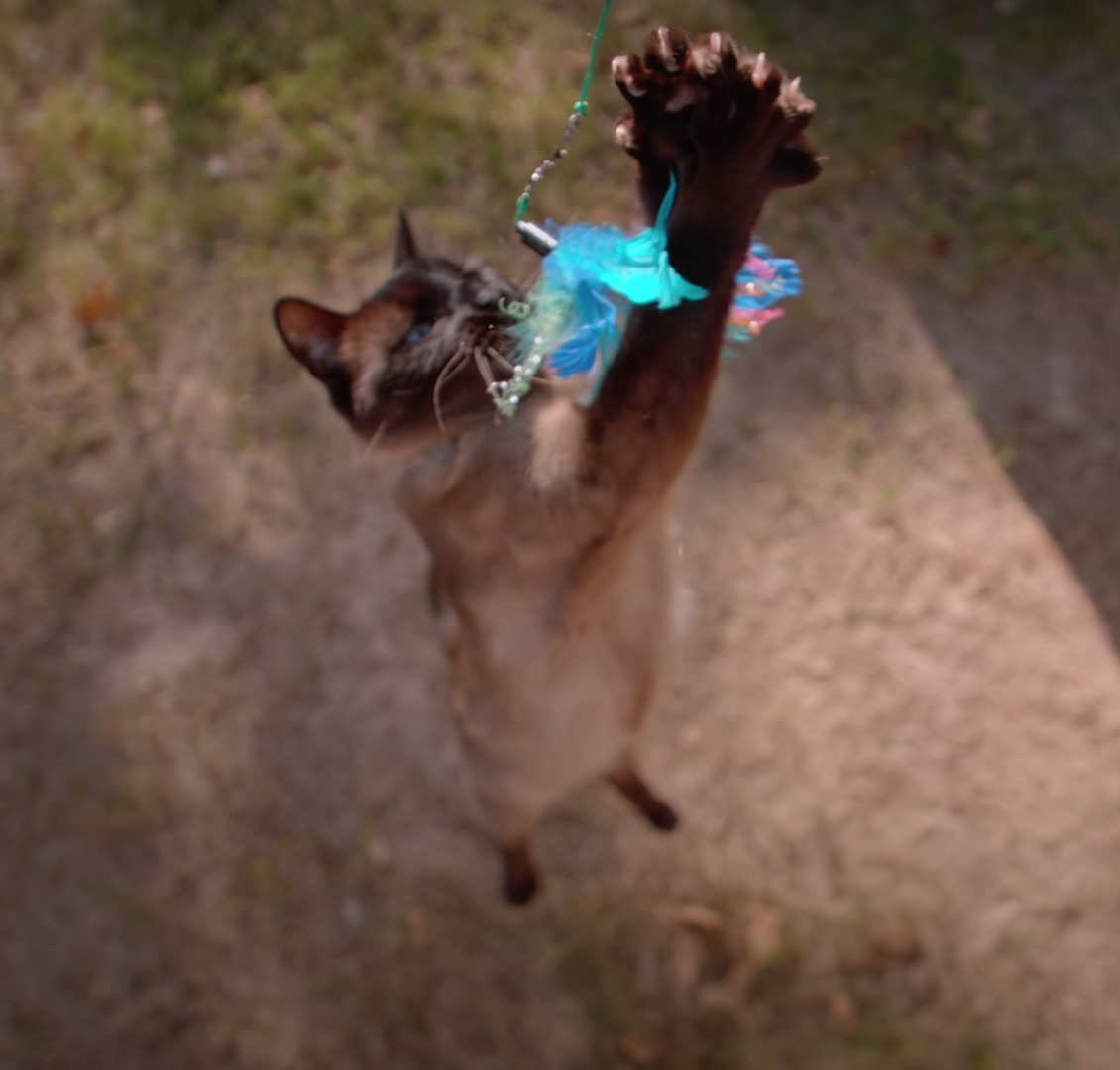 Even if this slow-mo cat action doesn’t scratch your post, the second half of the video is still worth watching. That’s because in the second half we get to see Smee as a kitten doing things in slow motion. And watching wee Smee do just about anything is worthwhile. Just like it’s worthwhile to watch cats snowboard, walk the runway, and interrupt the weatherman. Or to even just watch cats watching other cats.

What do you think about this video of Smee the cat playing in slow motion? Are you thinking about trying to grab some slow-mo video of your own kitty, or would that only end in you getting clawed to death at 300 frames per second? And what would you like to see the Slow Mo Guys tackle next? Let us know what you want to see slow-mo’d in the comments!