We are living in an unprecedented time. The COVID-19 pandemic has disrupted many industries, meaning most won’t be the same when this is all over. Already greatly affected is the comic book industry. Diamond Comics Distributors has ceased all shipping, and most comic shops are now closed. To come back from this, the comics industry is going to have to come together as never before to save itself. And one famous comic book writer, Gail Simone, has the exact right idea on how to do that very thing.

What other crossovers would you like to see, and by which creative teams?

After Newsarama suggested a new DC/Marvel event should occur to create a new big event to draw in fans, Simone began tweeting out the hashtag ‘#pleaseMarvelDC’, giving fans her own dream pairing of characters and creative teams. Just a few weeks ago, the idea of the Disney owned Marvel and the Warner Brothers owned DC ever teaming up for a crossover again seemed like an extreme long-shot. Now, it might have to happen to give the industry the shot in the arm it needs.

If it came out in 2021, it would also mark the 25th anniversary of the last time Marvel and DC did some sort of crossover, which was also done at a difficult time in the comics industry. Of course, we have our own ideas about which crossover comics fandom would jump for joy to see. We think these are but a few of the superstar creator and character mash-ups that would light the comics world on fire were this to happen next year.

by Grant Morrison and Kurt Busiek, with art by Jim Lee 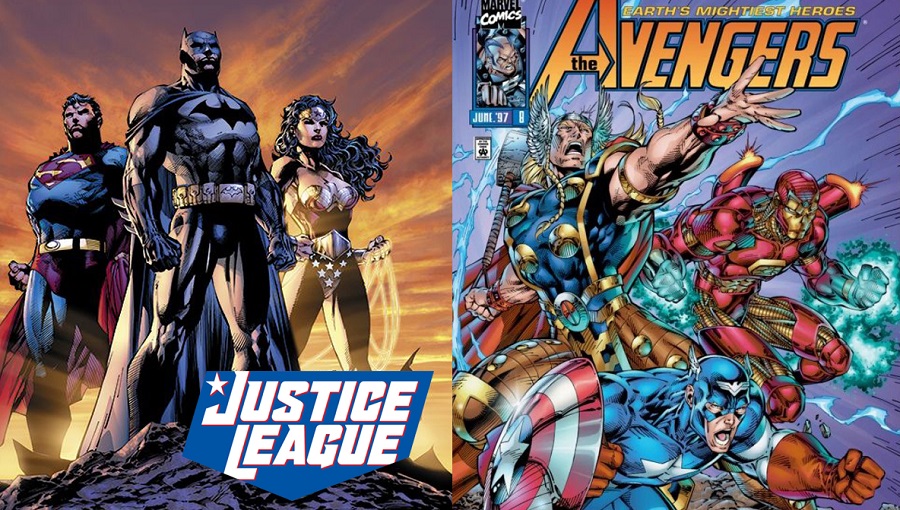 This would be the flagship book of this event. Writer Grant Morrison is an industry titan, having worked at DC and Marvel for over three decades. His runs on books like JLA and New X-Men are legendary. In the late ‘90s, he revitalized the Justice League, and made that book a powerhouse seller again. Meanwhile at Marvel, during the same time writer Kurt Busiek and artist George Perez did the same for Avengers. In fact, Busiek and Perez were the creative team behind the last big DC/Marvel event JLA/Avengers.

So for this event comic, I say let Morrison’s big brain go nuts with some larger-than-life ideas. And team him up with Busiek, and make this a spiritual sequel to the previous crossover. Artist George Perez is retired, but the best artist for this to sell the most copies? DC’s publisher himself, Jim Lee. This would be a chance for Lee to return to drawing the League again, and a once-in-a lifetime opportunity to return to the Marvel heroes he became famous drawing. This one would be an event for the ages.

by Kelly Sue DeConnick and G. Willow Wilson, with art by Nicola Scott 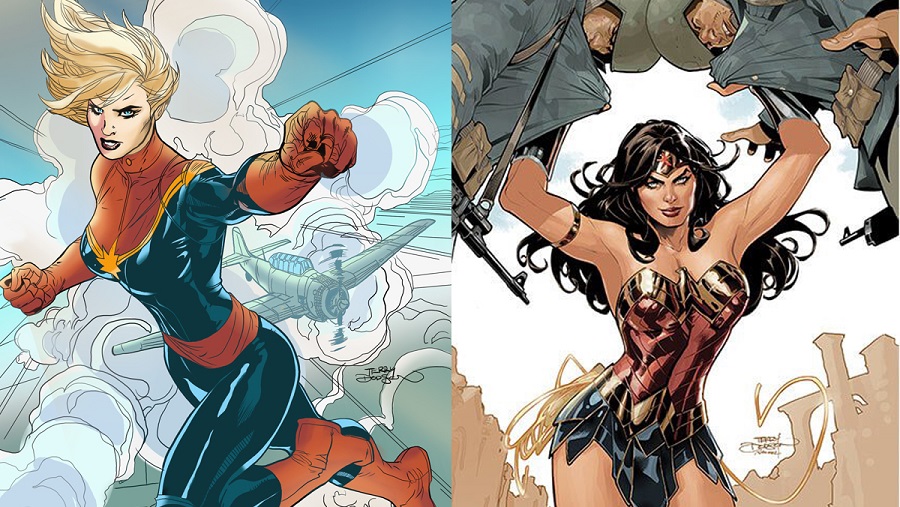 At the moment, both Captain Marvel and Wonder Woman are their respective publisher’s flagship female heroes, and both just so happen to have had recent blockbuster success on the big screen. It’s about time these two have a proper team up. Writer Kelly Sue DeConnick  revitalized Carol Danvers for the modern era a few years back, and Wilson recently wrapped up a run on Wonder Woman. Who better to team these two icons up? And as far as the art goes, then we think that Wonder Woman: Rebirth artist Nicola Scott is the woman for the job. And let’s have Terry and Rachel Dodson on covers, please.

Green Lantern/Daredevil: Have No Fear

by Geoff Johns, with art by Joe Quesada 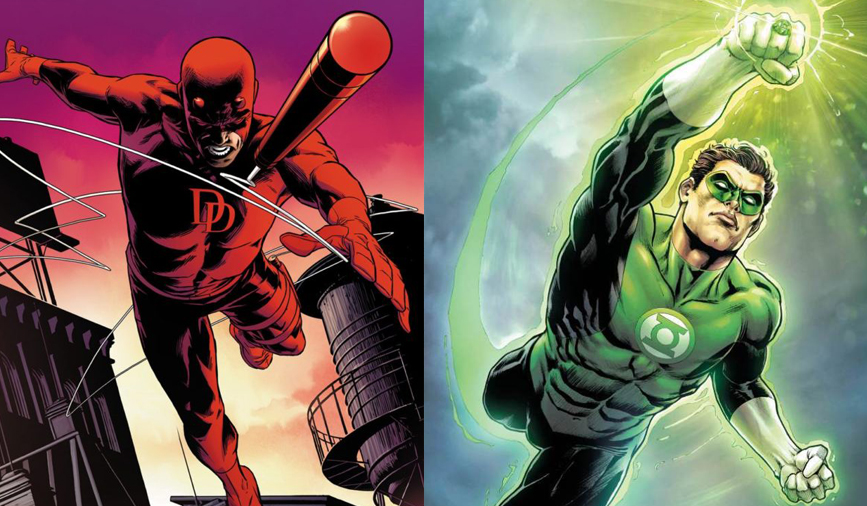 On the surface, these two iconic heroes might seem like they have little in common. One is a space cop, and the other a gritty urban crimefighter. But Hal Jordan is the wielder of his power ring because of his fearlessness, and Daredevil is famously known as “the Man Without Fear.” Have these two join force against their fear based enemies Sinestro and Mr. Fear, and this story all but writes itself. But have Green Lantern guru Geoff Johns scripting and Marvel’s Joe Quesada returning to penciling duties for Matt Murdock, and it is sure to be great. And longtime fans of both characters will be lining up at their comic shops for it.

by Allan Heinberg and Marv Wolfman, with art by Phil Jimenez and Jim Cheung 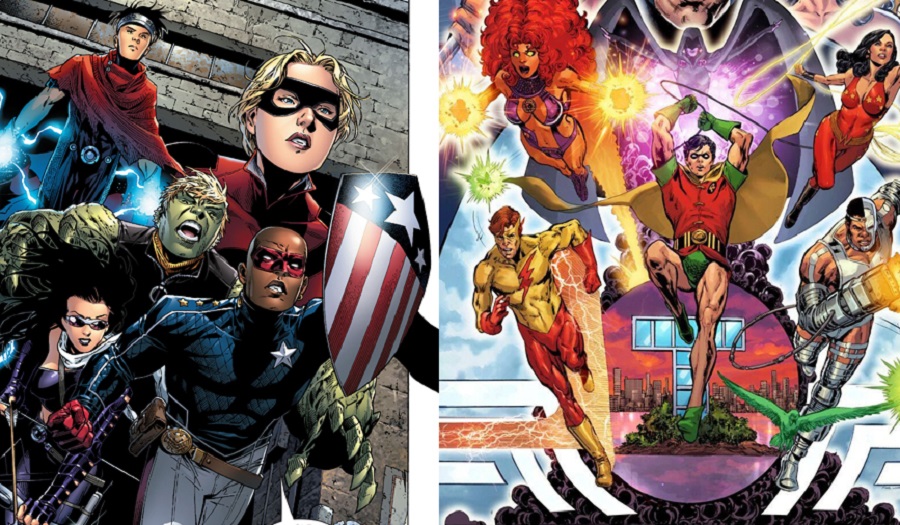 The Teen Titans began as a “Junior Justice League,” but eventually evolved into DC’s flagship title in the ‘80s. For years, Marvel didn’t have an equivalent team, but in 2005 the Young Avengers emerged, and became instant fan favorites series. A team up between both team’s most popular line-ups would be amazing. Just imagine all that wonderful teen angst and drama! For this book, I’d get their original creators handling the writing chores, enlisting Young Avenger’s Allan Heinberg, and the New Teen Titan’s Marv Wolfman. For art, we’d bring on Young Avengers’ co-creator Jim Cheung and Titans super-fan Phil Jimenez. This would be a heck of a gorgeous book.

by Scott Snyder and Charlie Huston, with art by Greg Capullo and David Finch 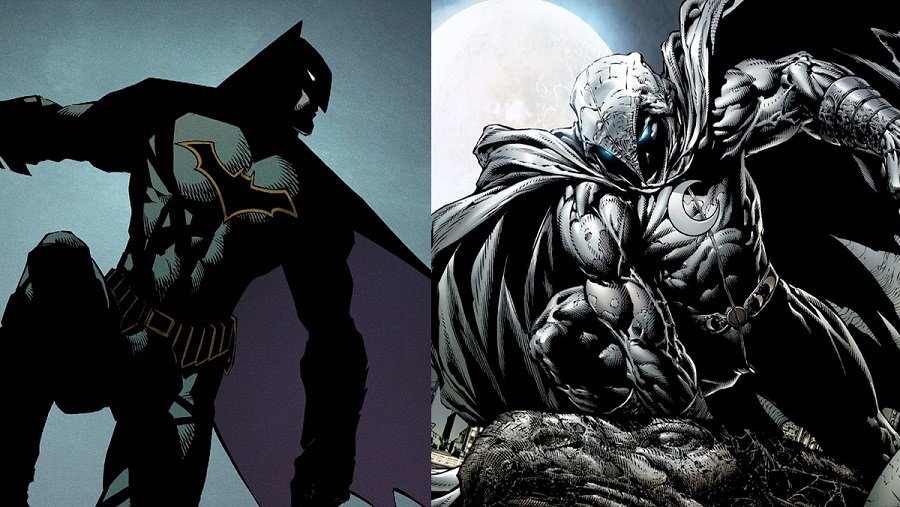 Since 2011, the creative team of Scott Snyder and Greg Capullo have catapulted themselves to the top of the list of most influential Batman creators. Meanwhile, several years back, pulp writer Charlie Huston revitalized Marvel’s Moon Knight, along with artist David Finch. Just imagine if all these guys came together to tell the ultimate team-up between The Dark Knight, and the character that was originally pitched to Marvel as “Batman with multiple personality disorder.” Huston has worked on the TV series Gotham, so he has more than enough cred for writing the Caped Crusader along with Snyder. And we salivate at the though of Capullo and Finch art of these two hanging over the cityscape like gargoyles. Bring it on.

Superman and Spider-Man: One Hot Story 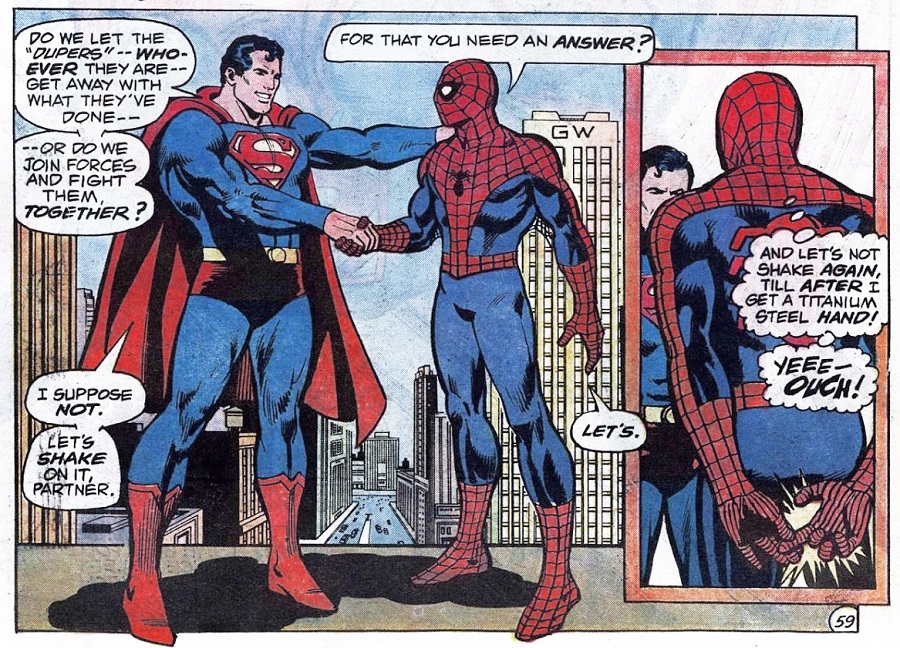 Both Marvel and DC’s flagship heroes have one big thing in common: they both work for the press. Clark Kent being a reporter for the Daily Planet of course, and Peter Parker being a photographer for the Daily Bugle. Now, imagine in this era of the free press being lambasted by certain folks, having both publisher’s biggest icons teaming up for a story that celebrates their roles as forces for the truth. Brian Michael Bendis wrote Spider-Man’s adventures for the better part of a decade, and currently writes the Man of Steel. Imagine a story about these two icons by him and artist Ivan Reis, about not just high adventure, but celebrating freedom of the press. 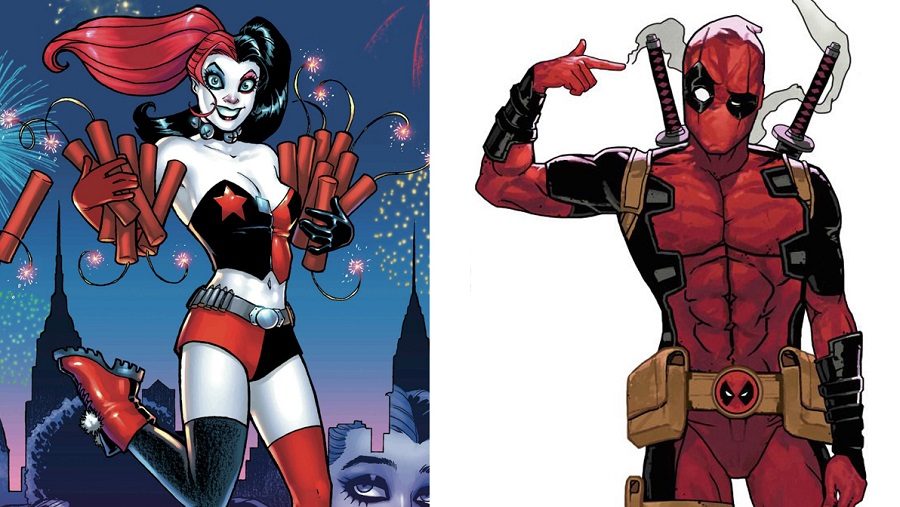 These characters have a lot in common. Both emerged from the same cultural moment of the early ‘90s. Both started out supporting characters and became iconic. Both really love red and black. And both are certifiably nuts. So teaming these two up is simply a no brainer. Having the genius Harley Quinn creative team of Jimmy Palmiotti and Amanda Conner is a must, and for some Deadpool expertise, maybe they should join up with Gerry Duggan. This has the chance to be the most flat out fun of all any of these potential comics.

There are tons of other options too. Imagine Doctor Strange and the Scarlet Witch, with phantasmagorical art by J.H. Williams? Or Grant Morrison bringing the X-Men and the Doom Patrol together at last? Current mutant mastermind Jonathan Hickman taking his island of X-Men and teaming them up with the Legion of Super-Heroes in the future? The possibilities are endless. And more importantly, it might be something that needs to be done to ensure the future of not only the “big two” publishers, but the comics industry as a whole. Here’s hoping it happens in real life.