Brian Michael Bendis writing Legion of Super-Heroes makes a lot of sense. His optimistic outlook, ability to craft grounded but fantastical stories, and skill with writing realistic young characters make it feel like a match made in heaven. For Bendis, it was exactly that. “When I was a formative young comic reader, when I really basically decided to do this for a living, Legion was one of the books at its creative zenith. It was at a time when the Dark Knight Returns was coming out and Camelot 3000 and Legion, all of these things were showing that comics were this unlimited medium of potential. When I got to DC and I go ‘hey why don’t you guys have a Legion book right now?’ and they were like ‘oh we’re waiting for you.'”

The first issue of Legion of Super-Heroes hints at the massive scope of the storytelling that the series will delve into. Set 1000 years in the future plotting the epic new take on the DC Universe wasn’t an easy task, especially as Bendis knew he’d likely be introducing a whole new audience to the classic super team who hadn’t had an ongoing book in over half a decade. “We knew how much planning it would undertake and everybody knew that it’s not just a new story but it also comes with a great deal of responsibility towards the franchise. We can’t just assume that everyone’s read a Legion book before, we have to come in fresh and reader-friendly. We have to really explain what the Legion actually is, so we got a whole year to plan.” 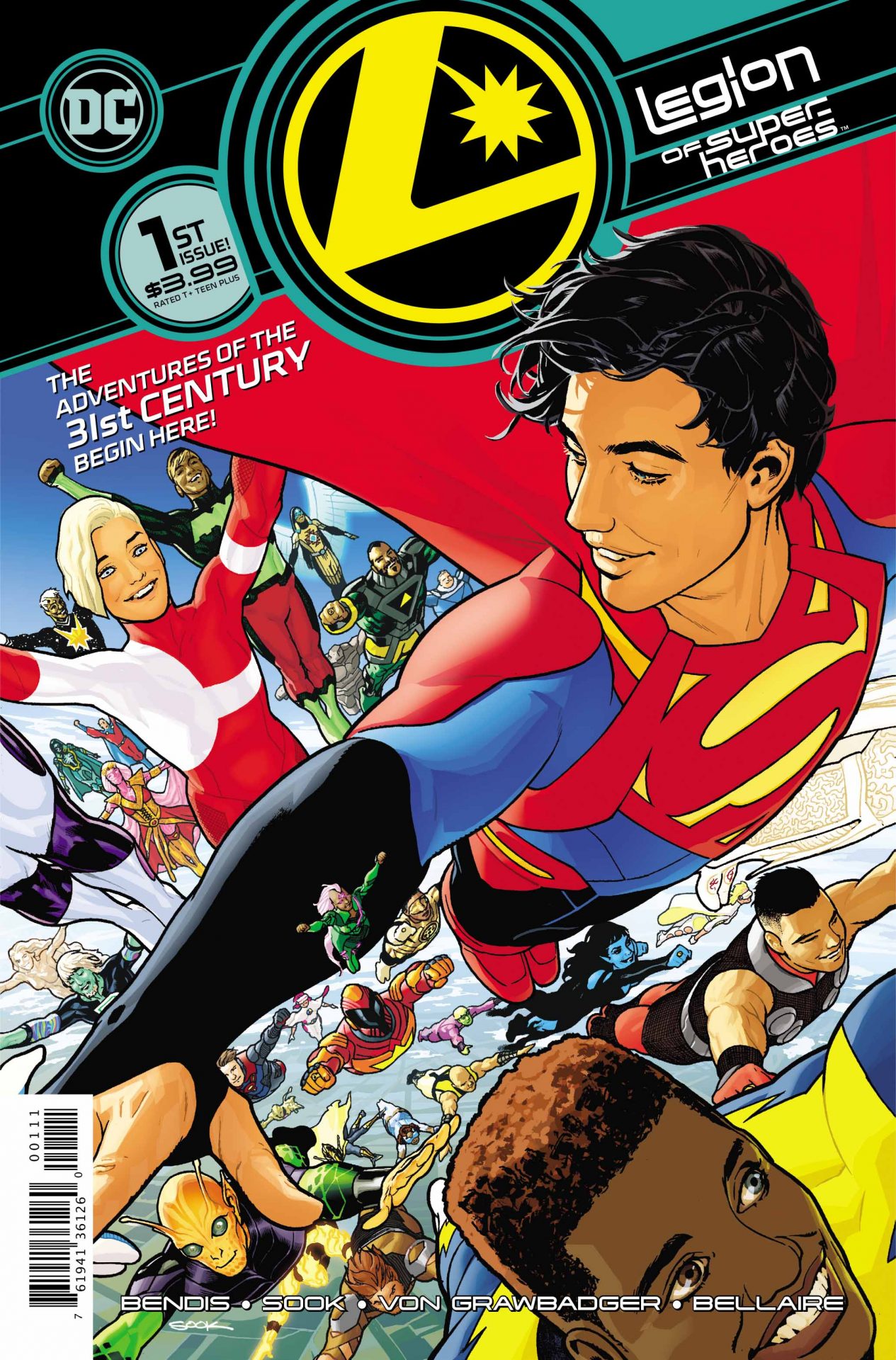 Bendis continued. “It was pretty exciting and the story that I’ve told in Superman is the same story I pitched to Dan Didio the first time we met each other. That Jon would become the Superboy of the Legion. He was deeply excited and had a bunch of editorial scenarios for him, which I wasn’t even aware of, which meant we got to plan this whole year. Major movies don’t get to plan a whole year around what they’re going to do and design it! We were able to do that. And it was so smart of DC to really plan and design each character and make multiple choices and think about it.”

Of course, Bendis isn’t crafting Legion alone. Comics are a visual medium and for this epic adventure, the writer is joined by the brilliant artist Ryan Sook who he previously worked with on Action Comics.

“We’re just tremendous partners,” Bendis gushed. “But when I first met him when I came to DC, I was just the biggest fan of him. I had been for years, and it’s just one of those things, I worked at Marvel, so we’re never going to be together, right? Then when we started working on Action Comics it was everything I hoped for and then I did this thing you don’t do on the first date, which is basically the same as making the first comic. So I turned to him at dessert said, ‘Would you like to get married and have 34 kids?’ It’s basically what you’re asking when you say ‘would you want to join me on Legion of Super-Heroes?’ It’s not a small undertaking, it’s the centerpiece of your creative life.” He said, Yes, I was such a lucky man.”

The pair are joined by Wade Von Grawbadger on inks, Jordie Bellaire on colors, and Dave Sharpe on lettering duties. 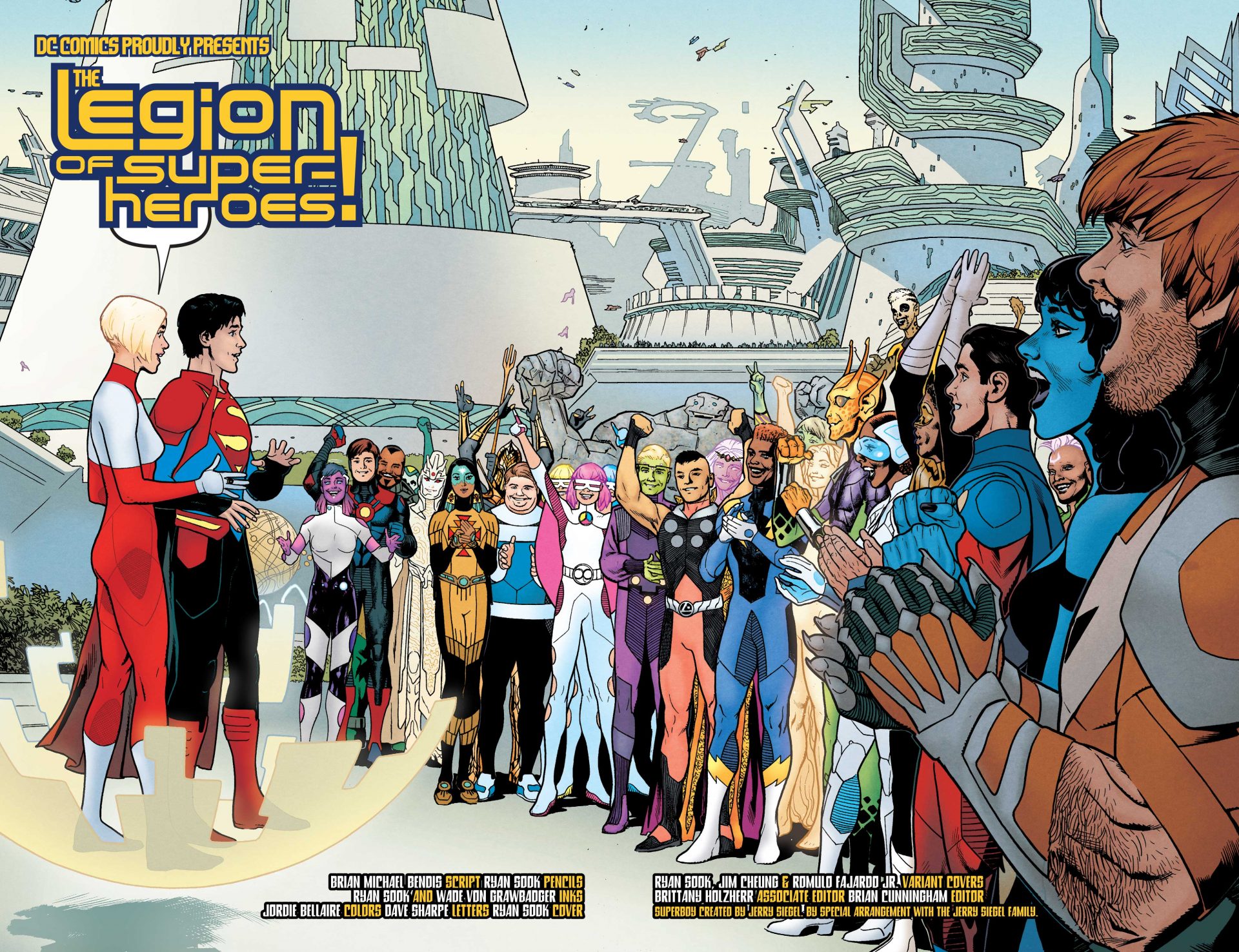 Though it was his first time writing the Legion, as he began to plan the new series, Bendis found an unexpected similarity to one of his best known works. “I didn’t realize the job assignment wasn’t that different from when I first was given Ultimate Spider-Man. That was a massive franchise that needed to express itself to a new audience, some of which who have never seen it before. Because of that, I get to almost cheat and cherry-pick the best leads and ideas. The best ideas from Legion that reflect this comic buying audience and the world we live in. That’s the world that Legion is reflecting whilst also reflecting the DC universe which is similar to previous universes but has different feelings and ideas. So we get to take the whole Legion idea and dare I say it, do the most ultimate version of it. Once that became clear, we literally have a little bit of almost every Legion in our stories which really was what Ultimate Spider-Man was once it came out as well.”

With the book taking place 1000 years in the future and hints at the incredible events that have happened since we were eager to know how Bendis and Sook kept track of the history they were re-imaging. The answer, a lot of intricately plotted timelines! “Not only do I have a timeline that is reflective of the 1000 year time gap, but I also have one that’s reflective of the timeline that Dan Didio recently shared with everyone. So, look for more of that as time goes on. In this first issue I think you get a sense of the scope of it. There are 34 lead characters, so I could only introduce about six in the first issue there’s dozens of concepts and ideas and storylines yet to unfold, but by the third, fourth issues you get to meet just about everybody.” 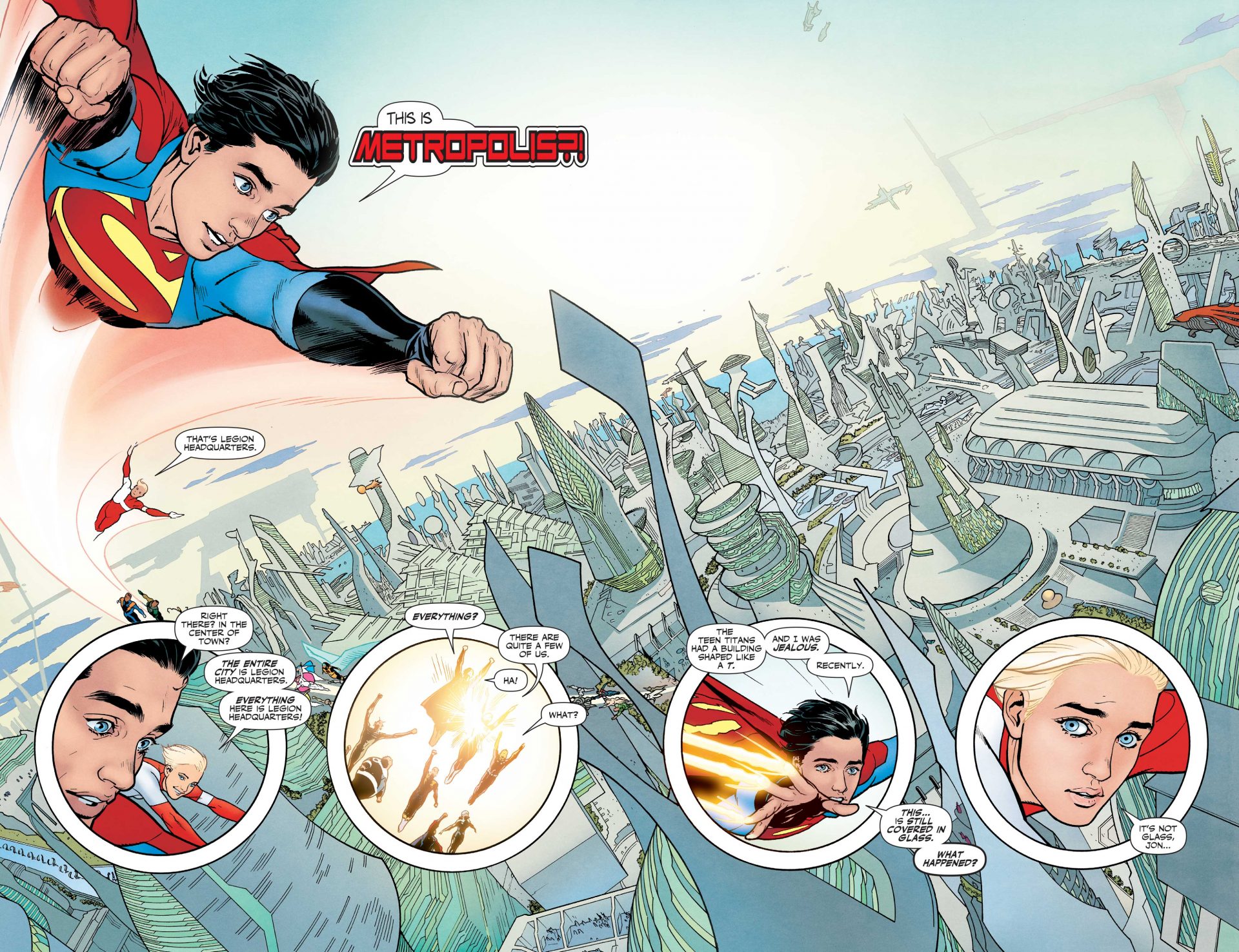 As for how the new status quo affects the heroes at the center of the story, well let’s just say they’re not as well versed in the sprawling history that has shaped them as the creative team. “Every issue reflects the timelines going forward, and also the timelines that came before. To make it a little more interesting, you gotta remember that as we described very clearly in the Legion Millennium specials, there have been apocalypses and cataclysms in between where we are and where the Legion is. So they don’t have a complete, total perfect record of everything that’s ever happened to us. The future is a surprise for them as well.”