Although it’s a popular pastime for people to suck the helium out of balloons for a quick bout of squeaky mouse voice, there are other gases that also change our spoken tones. Scientist Cody Don Reeder showed off two such gases in his latest video, and they made for deep voices. Like some sort of demonic blend between Darth Vader and Jigsaw from Saw.

Reeder, a prolific experimental scientist on YouTube, recently posted the above video to his channel. The scientist notes that, in this instance, he’s experimenting with two gases: sulfur hexafluoride and perfluorobutane.

Because both gases are far denser than helium, breathing them in before speaking makes Reeder’s voice exceptionally deep. Indeed, while helium—which is less dense (or lighter) than air—allows the tonal frequencies of one’s vocal cords to travel through a relatively light medium, these two gases force the cords’ frequencies to travel through relatively dense ones. In other words, because the frequency of Reeder’s tonal frequencies remain constant, but are slowed by the denser gases, they sound deeper. 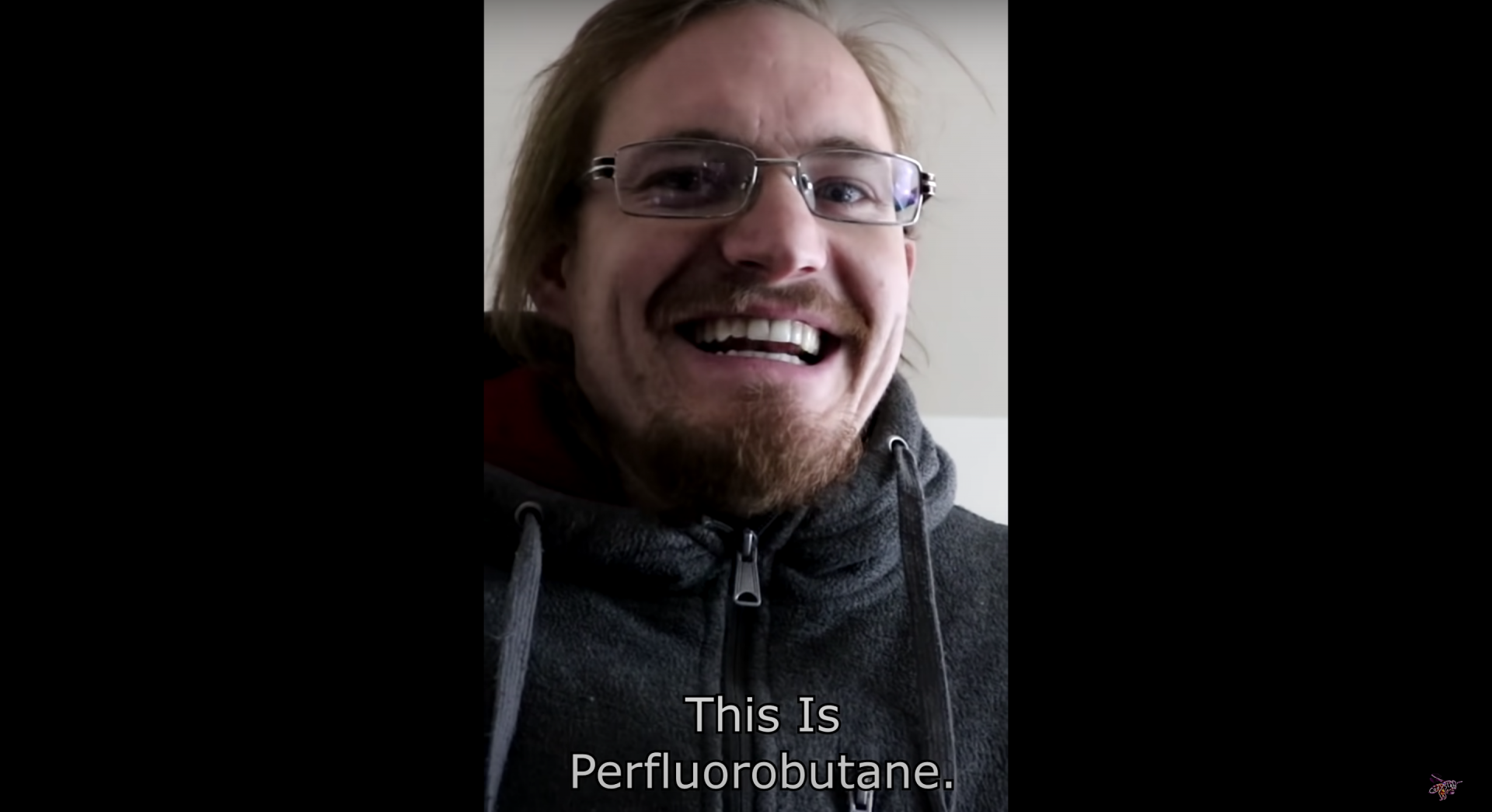 As for the actual voice effect, the sulfur hexafluoride makes Reeder sound quite Vader-y right off the bat. The potent and persist green house gas drops his regular voice down at least a couple of octaves; distorting it like a voice changer a criminal would use to talk to the police in movies. The perfluorobutane, however, which is almost twice as dense as the hexaflouride, makes Reeder sound downright demonic. Truly like something out of an auditory nightmare.

Perhaps what’s most interesting about the experiment, however, is how the dense gases make Reeder sound like he’s speaking in a slow-motion video. Literally. In fact, we imagine the two respectively distorted voices would sound almost identical. Perhaps the scientist can look into that phenomenon too—whenever he finishes blowing up Alderaan.