Newton’s law of universal gravitation is merciless. Especially if you happen to be an object underneath a 42-pound, 4″ tungsten cube hurtling toward you from a third-story balcony. Watching a super-dense tungsten cube smash and vaporize objects after being dropped out of a third-story window, on the other hand, is nothing but enjoyable. And is a great opportunity for learning about physics!

William Osman and Allen Pan are behind this smashing little experiment, which was just released on Osman’s YouTube channel. Osman is a mechanical and electric engineer living in Ventura, California, and Pan is a “YouTuber, Maker, and Failed Mythbuster.”

It’s unclear why the pair of edutainment professionals decided to team up for this particular project, but considering the slow-motion video and white coats and over-the-shoulder shots of the duo watching just-recorded footage, we’re going to go ahead and say they were inspired by the Slow Mo Guys. Plus there are all those references. 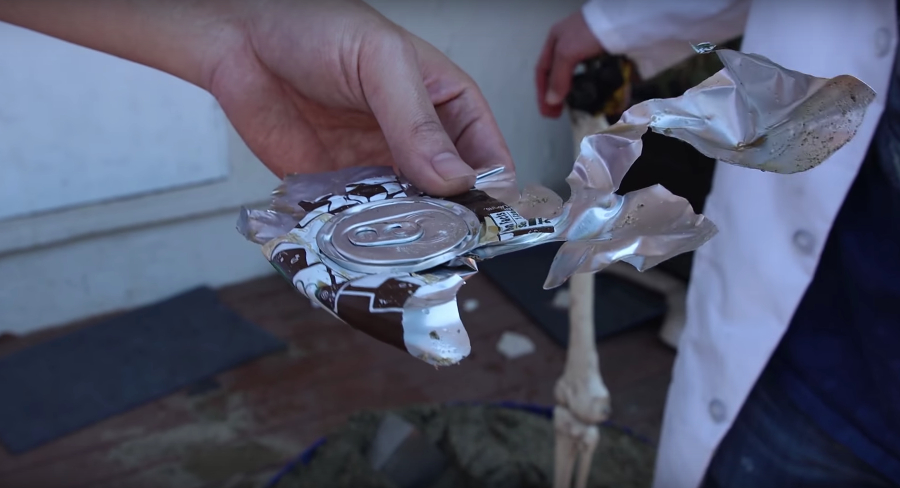 A can flattened by the 42-pound tungsten cube. William Osman

In the video, Pan says that this particular cubic hunk of tungsten was selected because it’s “the densest element that you can just sorta buy off Amazon.” We checked, and the product description for the 4″, $2,000 does indeed say that it’s the “HEAVIEST cube on Amazon.com (and the internet?).” For the record, the densest element on the periodic table is osmium. Although there are asterisks on that title.

As for the actual show, what’s more entertaining than watching a super-dense block of material absolutely obliterate everything from fruit to a can of soda to a microwave? The toilet blasted apart by Pan and Osman’s “tungsten turd” is especially breathtaking, as it looks, oddly enough, like it explodes from the ground up. 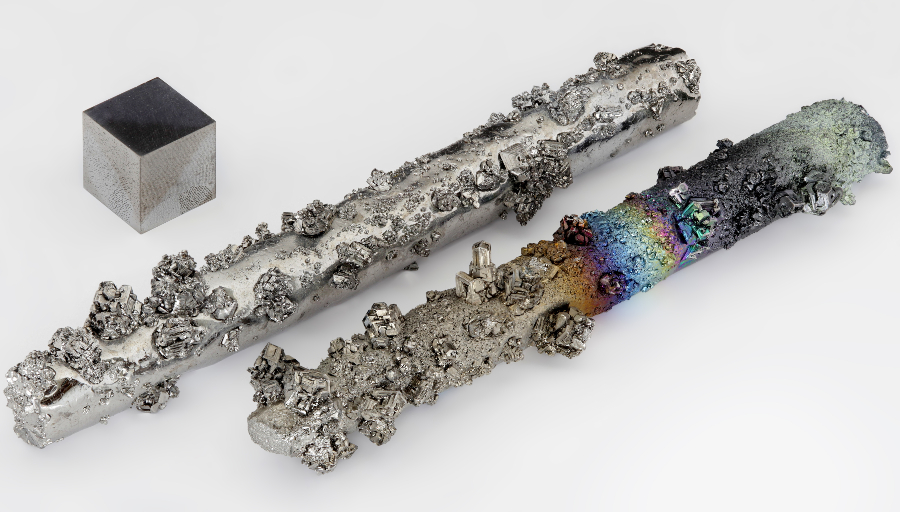 And all of you folks out there worried about Osman, Pan, and anyone else involved in this video not obeying all of the current social distancing guidelines, don’t worry. Osman notes that “All of our human interaction was filmed before THE OUTBREAK…” and that he’s “just been living in a cave by [himself] eating bugs waiting for this whole thing to blow over.”

What do you think about this ultra-dense block of tungsten blasting apart objects that usually… are not blasted apart? Drop your heaviest thoughts in the comments!