Saturday Night Live‘s Chloe Fineman is a master of impressions. Fineman had a devoted internet following even before she was cast on the long-running NBC sketch comedy series. Her Instagram is a treasure trove of celebrity impressions and sketches. And she certainly brought that to SNL at Home episodes shot during the lockdown in Spring 2020. Specifically, she shone in her hilarious MasterClass sketches.

Fineman recently stopped by The Tonight Show Starring Jimmy Fallon in anticipation of SNL season 47’s premiere. Fallon loves doing impression-based games with his particularly equipped guests. So, of course, he couldn’t help but put Fineman to the test in “Interview of Impressions.” SNL‘s Fineman and Fallon chatted about fall’s arrival during the game, as the comedian’s latest roster of celebrities made their appearances.

Throughout the chat, Fineman dropped her impressions of several worthy subjects. These included Jennifer Coolidge, Natalie Portman, Meryl Streep, Jennifer Lawrence, Keira Knightley, and the particularly timely Elizabeth Holmes. Hopefully, this is just a tease of some of the celebrity impressions Fineman will bring to the upcoming SNL season. I, for one, am thrilled Coolidge is having another moment thanks to a masterful turn in The White Lotus. (Although, to me, she’s been having her moment for the last 27 years.) 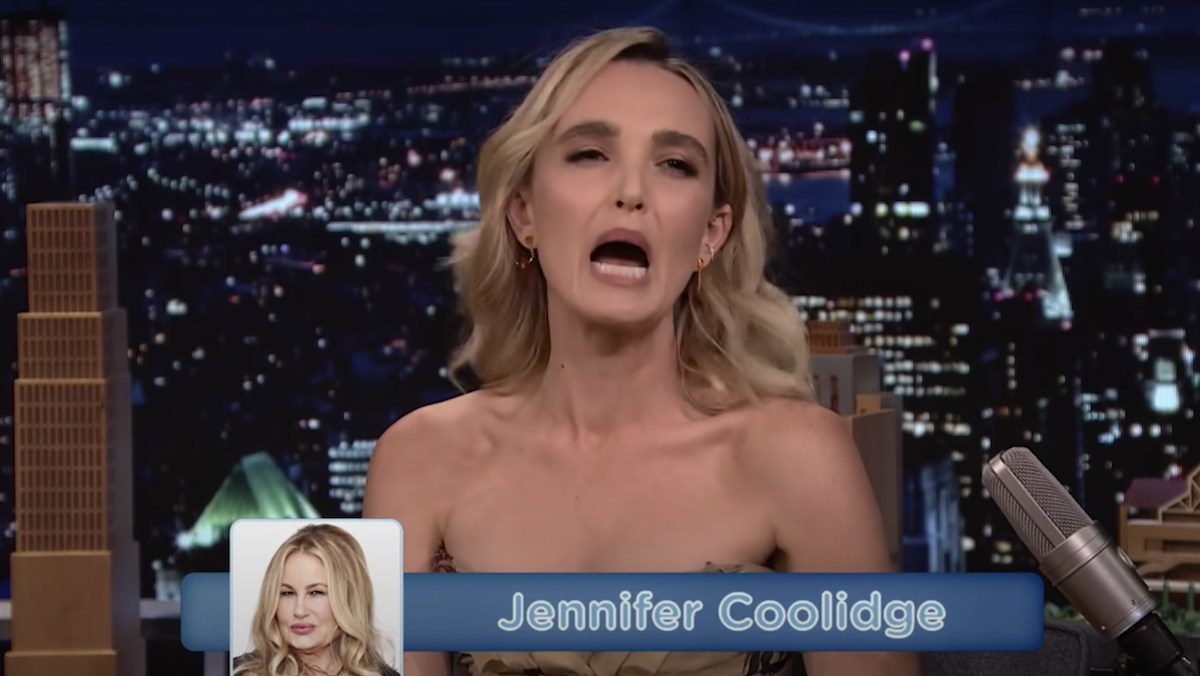 SNL returns for season 47 on October 2, with Owen Wilson hosting and Kacey Musgraves as musical guest. Wilson, fresh off his performance as Mobius in Loki, is hosting. Jason Sudeikis, Rami Malek, and Kim Kardashian West are also among the initial season 47 hosts. Luckily, most of the season 46 cast are joining Fineman for another season. However, longtime cast member Beck Bennett left the series, as did featured player Lauren Holt. However, a trio of new featured players, Aristotle Athari, James Austin Johnson, and Sarah Sherman, are debuting in season 47. We can’t wait to see all of them on Saturday Night Live, alongside Chloe Fineman.