Why Mobius’ Final Scene in LOKI Season 1 Changed Everything

We didn’t need to see the TVA’s new statue in the last moment of Loki‘s season one finale to know something was wrong. After being pruned by Sylvie, a frantic God of Mischief finds Mobius and Hunter B-15 by the archives. The two had been celebrating the branching timeline mere moments before. Suddenly, they became flummoxed and worried. And when Loki tried to warn them “someone is coming,” they didn’t know what he meant. Worse, they didn’t seem to know who he was or where he came from. Their ignorance might mean only two leftover Loki Variants exist in this new terrifying timeline. 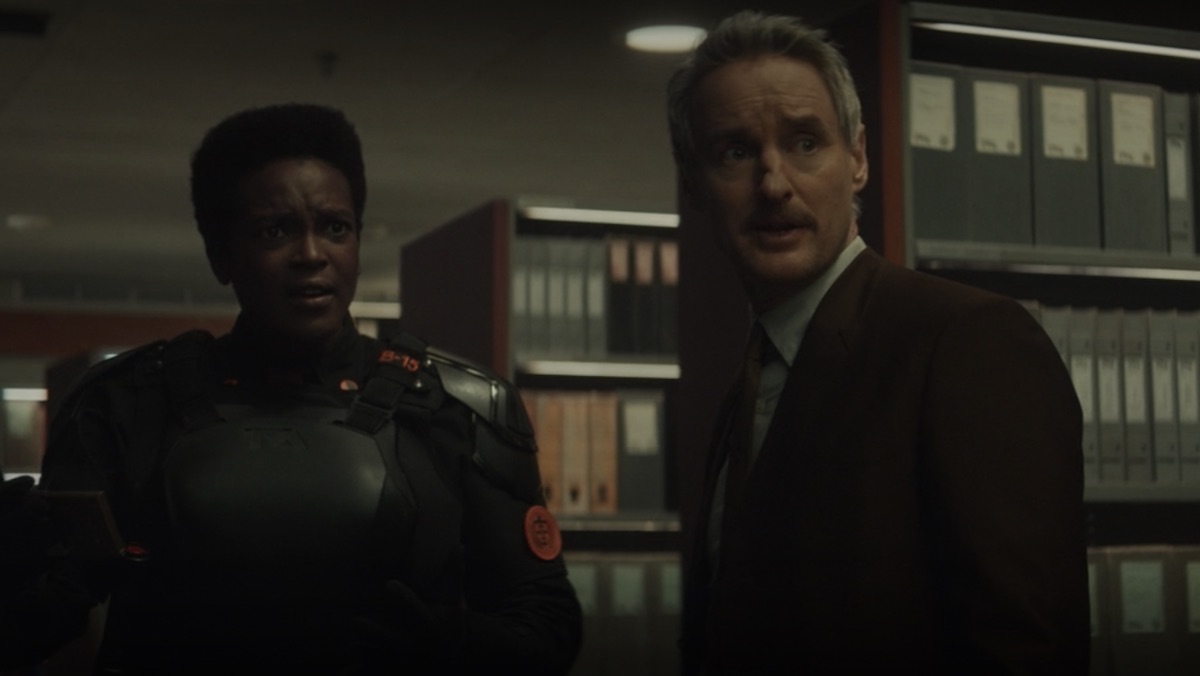 He Who Remains told Sylvie what would happen if she killed him. It just didn’t end the way he thought it would. Sylvie’s dagger set off another Multiversal War. However, in this timeline, a different version of that 31st-century scientist won. If time had repeated itself, the TVA would have been exactly the same as before. He Who Remains would have won the war and the animatronic Time Keepers would become the face of the TVA. Unlike the Kang Variant we meet, the new Variant does not keep his identity hidden. The Time Keeper statues from the so-called “sacred” timeline are gone, and his likeness now adorns the Time Variance Authority’s interior.

Not everything about this new time loop is different though. Mobius and Hunter B-15 still work at the TVA. Their concern over the branching timeline showed these different versions—whether they know they are Variants or not—-also care about maintaining the Sacred Timeline. The triumph of the TVA’s new ruler, likely Kang the Conqueror, have changed some things at the agency, but not everything. And not in any significant ways we have seen yet. 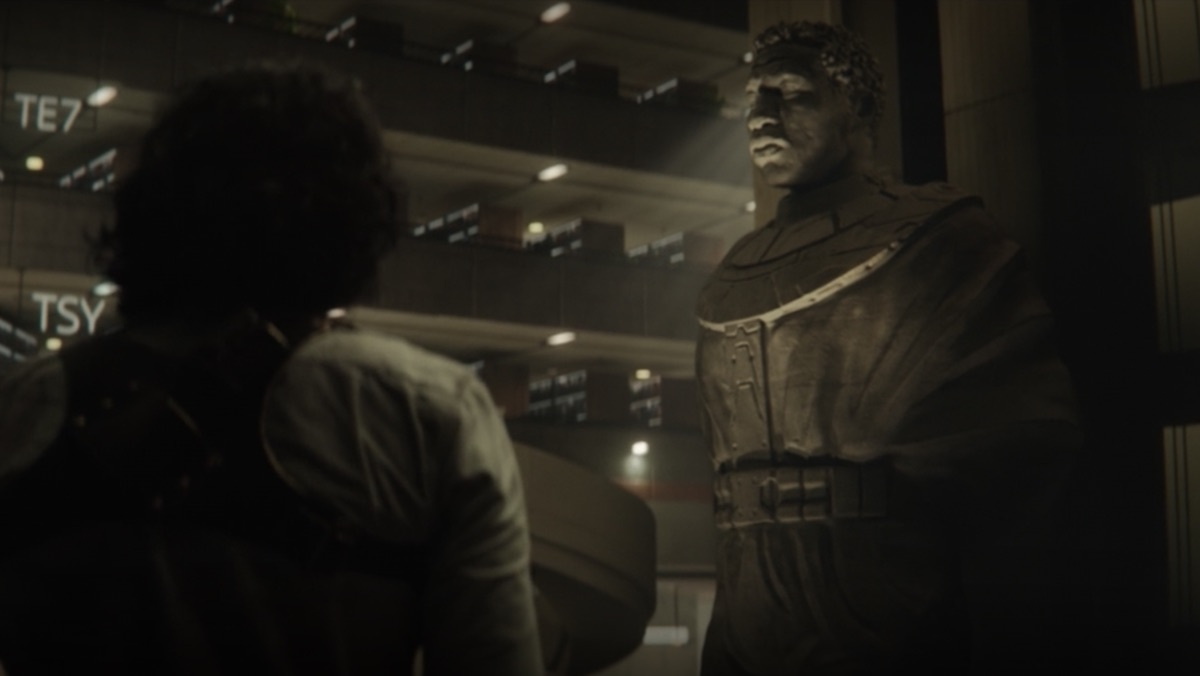 The TVA exists outside of time though. It’s not yet clear whether a new winner in the Multiversal War has also changed events within time. The past, present, and future of the MCU might be altered in this new timeline. Possibly in big ways. Possibly in small ways. Or not at all. However, even with the creation of a new, different timeline, it’s hard to imagine Marvel would decide everything that happened before no longer counts. Or that past events have fundamentally changed. It would completely wipe away 13 years of storytelling. At most, any alterations would likely be minor. Except for one that seems to have already happened. Mobius’s reaction in that final scene suggests Loki Variants are no longer a problem.

Owen Wilson’s Mobius still works as an analyst in the new timeline. Yet, he has no idea what a Loki is. Nor does he recognize the name or the face of Prime Loki. In the old timeline, the TVA dealt with countless Lokis all the time. Mobius studied them; he knew them intimately. It’s why he believed in Tom Hiddleston Loki 2.0. But the new Mobius confuses Loki for a fellow analyst from another division. The God of Mischief shouldn’t be worried his friend Mobius doesn’t recognize him personally. He should be worried Mobius doesn’t recognize any Loki. 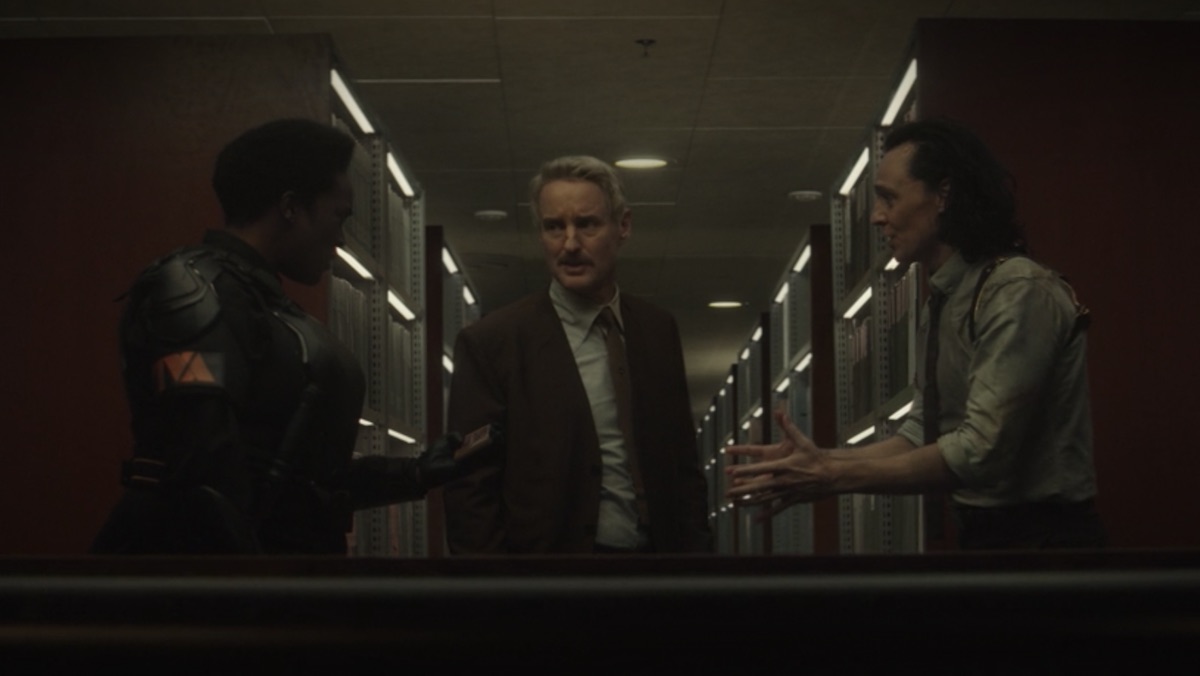 Does this mean Lokis never existed in this new timeline? Almost certainly not. That would mean the Avengers never formed. Loki’s invasion and the Battle of New York brought the team together. Of all the storylines Marvel wouldn’t change, that’s the biggest. But the God of Mischief still could have existed in this timeline without the TVA being aware of him. His Variants might have never caused nexus events. Without a nexus event the Sacred Timeline never branches. And they don’t need to be dealt with. (Or Kang, recognizing the threat Loki Variants posed to his rule, might have done Loki pruning himself.)

Meanwhile, Prime Loki’s story could have happened and ended where it was supposed to. At the hands of Thanos. That wouldn’t change anything about the MCU’s past while still changing its future. 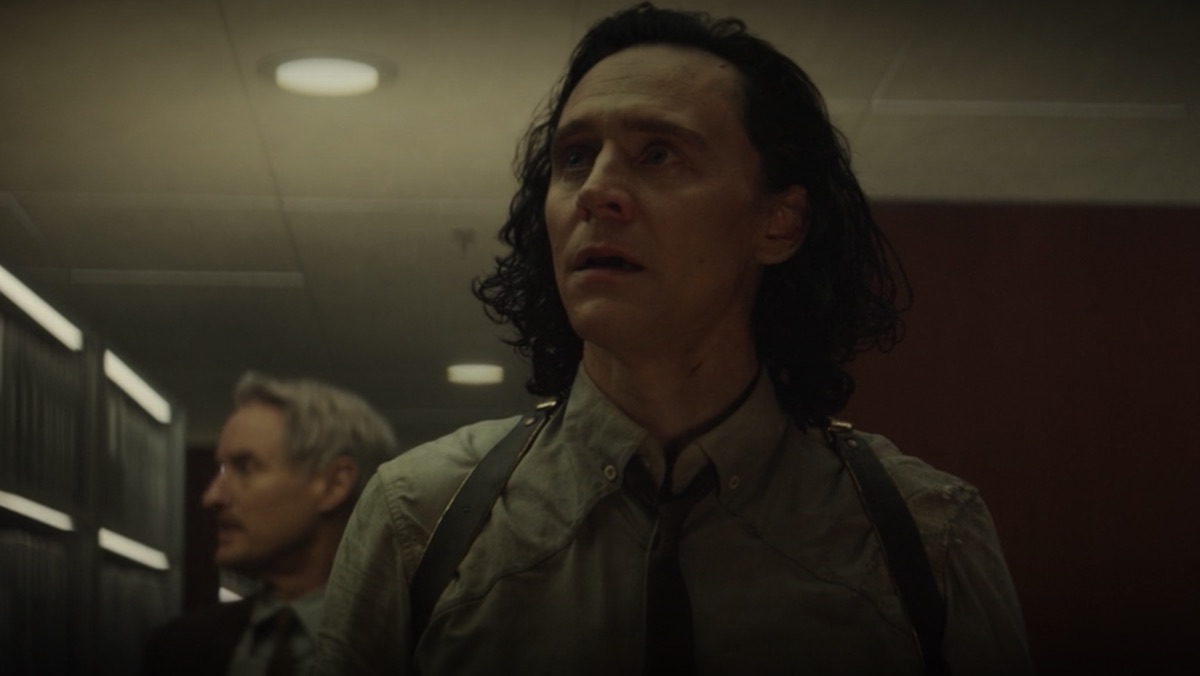 If Thanos killed Prime Loki, and none of his Variants ever lived past that moment, that means the universe has only two Lokis left. The duo He Who Remains wanted to hand his kingdom to. They’re also two of the only people in the entire universe who might even know about the old timeline at all.

Loki Variants always caused the TVA and the Sacred Timeline problems. Now, the last two Gods of Mischief might be the only hope of saving both.