We’ve known for quite some time that Peter Parker was going to face off against several multiversal villains in Spider-Man: No Way Home. The trailer confirmed two of them, Doc Ock and Green Goblin. And of course, Electro was confirmed last year. But there were two other members of this potential Sinister Six that the trailer hinted at strongly. And they are classic Spidey villains the Lizard and the Sandman, from The Amazing Spider-Man and Spider-Man 3, respectively.

And if the new cover to December’s issue of Empire Magazine is any indication, then the character of Sandman is now all but confirmed. You can see the sand fist bursting out of a green and black puddle on the cover. An image that flat out tells us that Flint Marko, played by Thomas Haden Church, is almost certainly in. You can see the Empire Magazine subscriber cover in question right here:

The subscriber cover for our #SpiderManNoWayHome issue is a bold blast of kaleidoscopic comic-book colour, illustrated exclusively for Empire by @Murugiah_.

Say what you want about Sam Raimi’s Spider-Man 3, but Thomas Haden Church’s portrayal of Sandman was definitely a highlight. If Jamie Foxx’s Electro and Rhys Ifans’ Lizard are getting a shot at MCU redemption, we don’t see why Sandman shouldn’t. He’s also a character who had an eventual heroic turn in the comics, so maybe we’ll see a similar about-face in No Way Home as well. 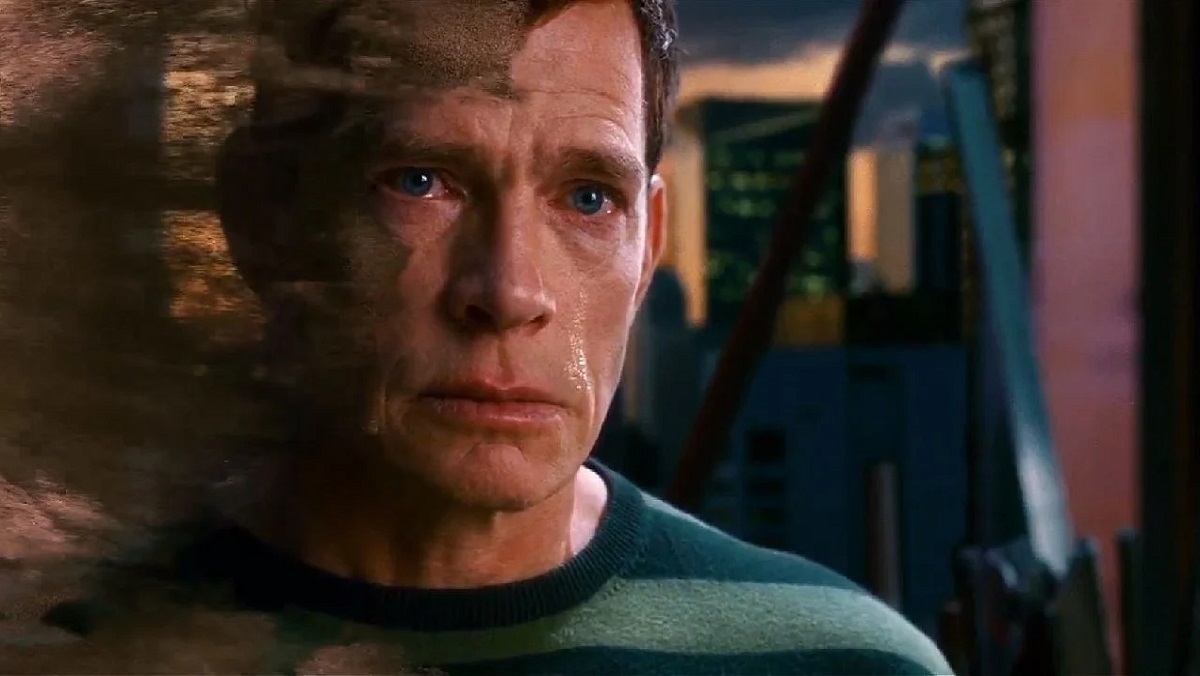 So what other villains does this cover seem to hint at? We definitely see the Eye of Agamotto here. Now, we all know Doctor Strange is in the movie. But his placement next to symbols for the villains suggests the Strange we meet in the No Way Home trailer isn’t actually Stephen Strange at all. Perhaps the imposter is Supreme Strange from What If…? as a baddie, and the secret sixth member of the Sinister Six? Of course, there’s also what looks like a TV screen. Could this indicate Mysterio is member number six? Who knows? Maybe they’ll surprise us, and it’s Bruce Campbell as multiverse Mysterio. We certainly wouldn’t hate that!